Non-Structures & Palimpsest: Photography as a Register for Urban Regeneration and Real Estate Speculation

In honor of World Photography Day (August 19 ), Chilean architect Francisco Ibáñez Hantke offers a a perspective of urban transformation and the resulting instability caused by the regenerative processes and the constant real estate speculation that drive it. The photographs center on London, and reveal an exhausting array of construction and demolition and highlight the often blurry line between architecture and urban decay. 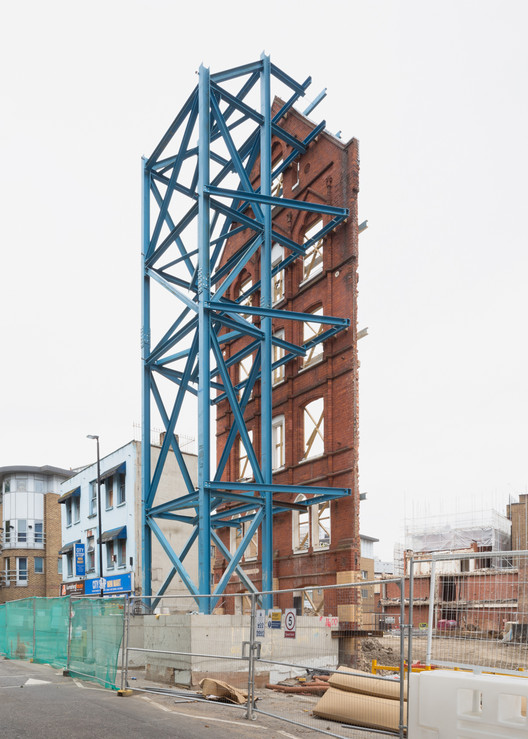 The following images form part of the series Non-Structures, originally presented in the 2019 London Architecture Festival, the same city where these ephemeral images were captured. In the words of the author, the photographs demonstrate “a spectacle of constant conflict and negotiation.” For Ibáñez, having arrived from Santiago, Chile to capital of the United Kingdom, photography was a tool for documenting the unstable and sculptural morphology of a metropolis undergoing rapid transformation and transculturation.

Using similar parameters of light, composition, and scales, these non-structures remain frozen in a specific time and context, transforming into dysfunctional devices that collectively question the processes of change and temporality at play in the city.  – Francisco Ibáñez Hantke

The photographic registry is as much a product in and of itself as it is an investigative process that highlights the effects and friction produced by these transformative processes taking place within the cityscape. Non-Structures denotes the tension between the transitional condition of architecture and its own ruin, between urban planning and real estate speculation, and between urban regeneration and the objecthood taken on by a building when stripped of its context.

While the series of photographs of Non-Structures focuses on disperse architectural works from throughout London, it simultaneously incorporates iconic works from throughout Chile, namely one the blocs from the Ex Villa San Luis right before its controversial demolition. This type of conflict was a base for establishing a criteria for the thematic classification of materials by using 6 structural typologies: Deconstructed, Phantasmagorical, Nude, Unsustainable, Obsolete, and Hybrid.

Through my work, I aim to highlight the temporary and transitional character of the urban landscape and all of the elements that form it while simultaneously posing questions about how we imagine the future of our cities. From planned transformations to accidental and improvised crises, my work documents the processes of change in urban areas as well as the social narratives, problems, triumphs, and conflicts that create.  – Francisco Ibáñez Hantke

Currently, Francisco Ibañez is working on his photographic series titled Palimpsest, which chronicles the eclecticism found within the different processes of urban regeneration and how they impact the cityscape. In this project, photography is situated as a tool capable of revealing both the positive and negative effects of bringing together the different layers of a city’s history and the inevitable dialogue that they ignite.

The concept of palimpsest refers to a writing material used one or more times after earlier writing has been erased. Cites can be conceived as a palimpsest, illustrating the traces of time created by the chronological superposition of urban layers. The series explores the spatial superposition of these in the urban context. The city becomes a manuscript that is constantly being modified in a non-linear and often chaotic way, or a patchwork quilt with contrasting colors, patterns, sizes and materials.. – Francisco Ibáñez Hantke

Fri Sep 24 , 2021
Look at the style of an office in any given era and you’ll get a glimpse of the defining themes in white-collar workers’ lives at the time. In booming postwar America, for example, the profusion of GI Bill–educated office workers wore suits, and many workplaces were sleek, serious, and formal. […] 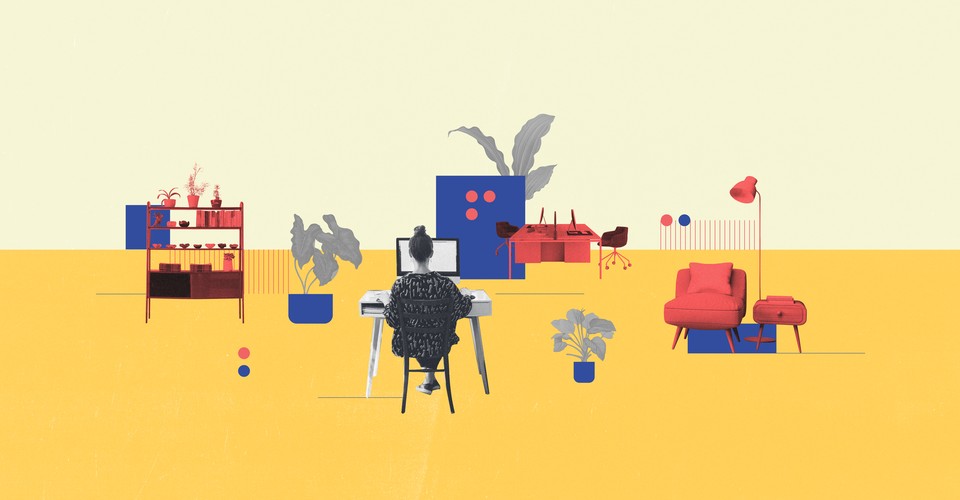