WEST LAFAYETTE, Ind. (WANE) — Researchers at Purdue University have created the world’s whitest paint, which in a few years may dramatically reduce or even eliminate the need for air conditioning in your home.

The paint has earned a record in the 2022 edition of Guinness World Records.

“When we started this project about seven years ago, we had saving energy and fighting climate change in mind,” said Xiulin Ruan, a professor of mechanical engineering at Purdue.

Ruan invented the paint with his graduate students. The idea was to create paint that would reflect sunlight away from a building. Making the paint really reflective, however, also made it really white. The formulation that Ruan’s lab created reflects 98.1% of solar radiation at the same time as emitting infrared heat. Because the paint absorbs less heat from the sun than it emits, a surface coated with this paint is cooled below the surrounding temperature without consuming power.

Using this new paint formulation to cover a roof area of about 1,000 square feet could result in a cooling power of 10 kilowatts, the researchers showed in a published paper. “That’s more powerful than the air conditioners used by most houses,” Ruan said.

This white paint is the result of research building on attempts going back to the 1970s to develop radiative cooling paint as a feasible alternative to traditional air conditioners. Ruan’s lab considered over 100 different materials, narrowed them down to 10 and tested about 50 different formulations for each material. 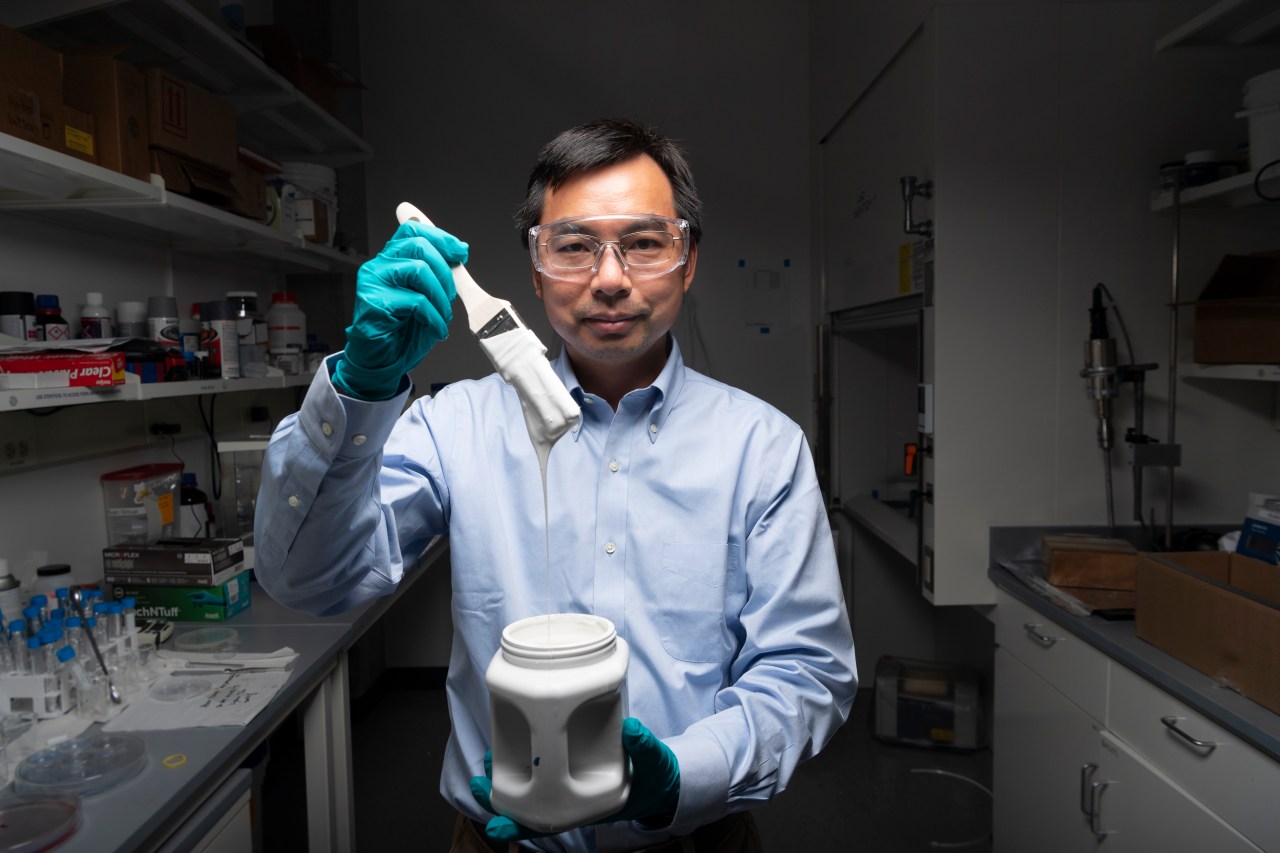