After nearly a year and a half of living with Covid-19, many households have gone through long-term lifestyle changes, such as career reorientation and cross-country moves. New opportunities brought out by the pandemic, especially the sudden popularity of remote work, triggered many of these circumstances.

Such a dramatic evolution in work models has affected the real estate market across the country. Now, investors must reconsider where to focus their efforts and which assets may be better for expanding and balancing their portfolios.

Institutional investors with assets greater than $50 billion have long invested primarily in gateway markets, such as Los Angeles, San Francisco and New York; commercial properties in these cities typically offer stable returns with relatively low risk. However, for the first time in a little over seven years, the status quo is changing.

According to a recent CBRE study, Austin, Texas, is considered the number one target market for commercial real estate investment post-pandemic. Here’s why the City of the Violet Crown is becoming a new haven for institutional investors.

Institutional investors have had their eyes on Austin for a while. The city’s red hot housing market was already a source of assets for large investment companies before the pandemic.

Texas’ market sharply contrasts those of other states with rapidly rising costs of living. As a result, I’ve observed that it has been a favorite relocation destination for diverse demographics, including Gen Z fresh out of college, Millennial families priced out of coastal cities and retirees looking for a warmer climate. To add, Austin checks several boxes on the younger generations’ wish list. For example, it hosts multiple world-famous events and features bustling cultural, music and dining scenes. And there is plenty to do year-round for outdoor lovers.

Austin is also more affordable than other major metro areas, in part because Texas is a tax-friendly state that levies no personal income taxes. Despite housing costs being higher in Austin than in the rest of the state, its median home price of $551,200 is significantly lower than in coastal cities, such as Los Angeles (60.3% lower), New York (15.8% lower) and San Francisco (65.2% lower).

Further, Austin benefits from a robust job market, which has transformed the metro area into one of the fastest-growing cities in the country since 2010. Instead of slowing this growth, the pandemic has surprisingly amplified Austin’s appeal to newcomers.

New Opportunities In The “Silicon Valley Of The South”

Remote work, seemingly endless months of lockdowns and social distancing pushed many to rethink their living situation. Workers confined to small, overpriced living quarters in New York and the Bay Area set their sights on greener — and more spacious — pastures as they audaciously embraced working from home.

Some remote workers headed to the suburbs, while others set sail across the horizon — many of them to Austin. Now that a significant part of the workforce has moved bases, what path have their employers chosen?

In recent years, many tech companies, such as the Big Four (Apple, Google, Facebook and Amazon), have flocked to the capital city, with their clustering earning Austin the moniker “Silicon Valley of the South” or “Silicon Hills.” And a few others in that sector, notably Oracle and Tesla, have recently announced their plans to move headquarters within the next year. Together, relocating tech companies have contributed a record 22,114 new jobs to the area.

The surge in job opportunities has attracted massive human capital from across the country. This influx of personnel and expertise is excellent news for investors since not only do the employees fill up apartments quickly — keeping occupancy rates high — but they also pay higher rents for homes appointed with the right amenities.

Absorbing the sudden, large arrival of new inhabitants is not without its challenges. Existing infrastructures in Austin are struggling to accommodate the unanticipated increase in population. Backed-up traffic is a daily occurrence, raising questions about the need for better-adapted public transit systems.

Also, the growing demand — and newcomers’ relatively higher income — has driven up rents and prices considerably. This new market dynamic makes it difficult for low-income workers to afford an apartment in the city.

Despite these challenges, the Austin MSA’s central location and availability of land make it more practical to find and acquire reasonably priced lots that allow developers to build affordable housing, with plentiful demand upon ribbon cutting. Providing the essentials and amenities for such a growing population presents a tremendous opportunity for commercial real estate investors.

New construction is also taking off downtown and in the larger metropolitan area. The capital city is now one of the busiest markets for new-built single-family homes and multifamily properties. The new residential developments often include features specifically packaged to accommodate the residents’ new lifestyle in a post-pandemic world, such as home gyms, extra bedrooms for home offices and spacious outdoor areas.

In addition, big tech companies moving to town require large campuses with state-of-the-art facilities, warehouses and retail space. With the surge in more transient workers, the demand for short- to mid-term rentals is also rising.

What’s Next For Austin?

No one can say for certain. But given the steady migration into Austin and the tremendous growth the city has undergone in recent years, there are strong indicators that the Austin investment properties market is at a turning point.

Consequently, real estate investors can reasonably expect an excellent return on investment on their Austin assets. Less crucially (but a welcome by-product nonetheless), they also have a chance to shape what the city will look like in the coming years.

Forbes Business Council is the foremost growth and networking organization for business owners and leaders. Do I qualify?

Thu Dec 16 , 2021
TALLAHASSEE — When former state lawmaker Jamie Grant was chosen to lead Florida’s new cybersecurity office last year, he didn’t like the look of his new digs. So he set about with a remodel. Grant spent $391,980 this year replacing the office furniture. Tearing out and installing new carpet cost […] 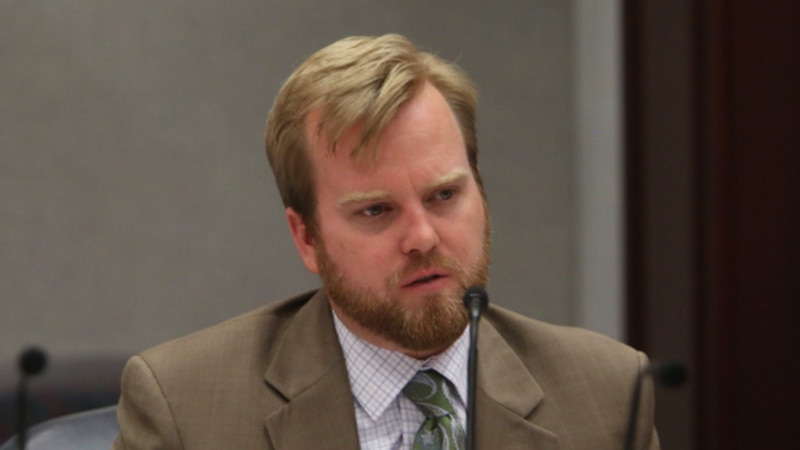