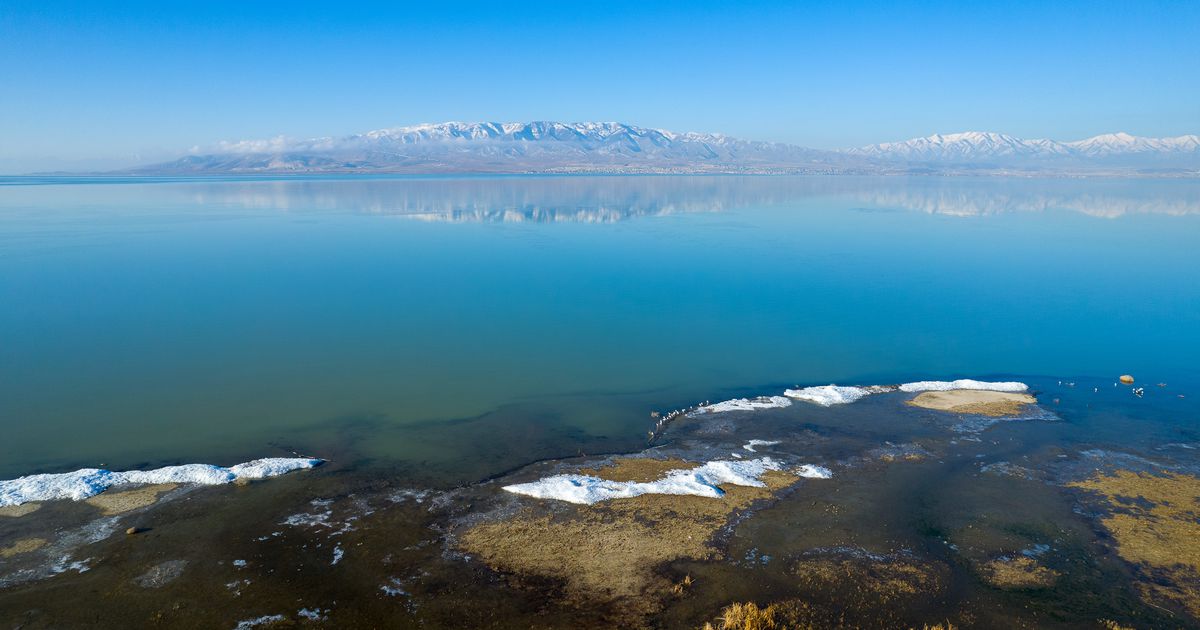 The legislation, sponsored by Orem Republican Rep. Keven Stratton, would put guardrails on “restoration” work to the Utah Lake.

In a near-unanimous vote Tuesday, the Utah House approved a measure that would strengthen thresholds a controversial dredging project on Utah Lake would need to meet before winning approval.

Sponsored by Rep. Keven Stratton, R-Orem, HB240, would raise significant guardrails on any proposed transfer of lakebed to private real estate developers in exchange for “restoration” work on the long-suffering lake at the heart of Utah Valley.

The bill comes in response to the Utah Lake Restoration Project, which proposes sculpting 34 artificial islands from a billion cubic yards of lakebed sediments with the hope of cleaning the lake’s water.

The $6.4 billion effort, now under review by the U.S. Army Corps of Engineers, would be funded by real estate development on about half the 18,000 acres the project would create.

But Utah’s scientific community has raised serious concerns that the project could devastate the 150-square-mile lake, the West’s third-largest freshwater body. Deepening the lake by 7 feet and raising islands would disrupt the lake’s natural ecological function, according to a critique signed by 26 Utah scientists.

Stratton’s bill would require dredging proponents to demonstrate the project will result in substantial environmental benefits, is “fiscally provident” and is “on solid legal footing,” Stratton said on the House floor.

Under an amendment added Tuesday, the bill would require the Division of Forestry, Fire, and State Lands to specify objectives the project must meet and how and when those objectives should be met.

A skeptic of the Utah Lake restoration proposal, Rep. Casey Snider, R-Paradise, praised the bill for protecting the state’s interest in Utah Lake’s future, noting that the dredging proposal has changed dramatically since it first won legislative support in 2018.

“It is our prerogative and an imperative that we, too, change through time. This bill allows this process to be more transparent,” Snider said. “It provides more checks and balances on this project. I am convinced that if this project has merit, it will pass based on those merits. And I think at the end of the day, because of what my good colleague from Utah County is proposing here, we all will be more comfortable with that outcome.”

While six members of the House Natural Resources, Agriculture and Environment Committee opposed HB240 following a committee hearing last month, the bill registered only three no votes on the House floor.

A related bill, HB232, is also awaiting action on the Senate floor. That bill, which Stratton voted against, would create the Utah Lake Authority, an agency with exclusive jurisdiction over management of the lake and taxing authority to fund projects.

Entryway furniture ideas: 10 ways to use on-trend furniture in an entrance

Sat Feb 26 , 2022
Entryway furniture ideas will make your entrance hall a space that’s beautiful, comfortable and functional, however it needs to be used.  As well as looking inviting in its own right, your chosen entryway furniture ideas should set the tone for the rest of your home – and should be considered […]