Some houses tell you their story right from the get-go. Maybe it’s a long, rich history of previous inhabitants or a clever narrative woven by a thoughtful architect. Other houses are more like blank canvases, laying in wait for their story to be written.

In 2018, designer Alex P. White found himself tasked with the latter. A sudden life change had brought his longtime friend and client to Los Angeles for a fresh start. She had rather impulsively purchased a Beverly Hills home that possessed all the qualities she needed: Privacy, proximity to family, and large, airy volumes of space. The only problem? In her words, “It was a big nothing”— an L.A. spec house seriously lacking in the personality department. But she wasn’t the least bit worried. “I knew Alex,” she recalls of the Los Angeles- and New York-based designer. “I had great confidence that he could make it exactly what I wanted it to be.”

Luckily for White, personality was something his client—an art and design collector he’d known for more than a decade—had in spades. With her as his muse, and an expansive collection as his starting point, he began to craft a story for the house. Time was of the essence—she needed it move in-ready by the start of the next school year.

The house did have a few things going for it: It had great bones, a near-perfect layout, and beautiful double-height interiors. Still, White admits, “We had to completely create the narrative.” They started with some cosmetic changes in the main room (“We call it the gallery now,” he notes.) They created an ethereal floating staircase out of white oak and glass. They also restructured a rather diminutive fireplace and mantel into a two-story plaster version he describes as “Hollywood glamor Art Deco-inspired,” with much more gravitas.

Injecting the place with a bit of soul started with introducing new materials. “I don’t think there’s one surface we didn’t redo,” White says. He sanded, bleached, and refinished the floors for a more weathered look and painted nearly every wall a limewash plaster in order to lend the whole place an earthy glow. “She kept saying, ‘Dry as a bone, like Georgia O’Keefe in the desert,’” White recalls. “She wanted it to feel like it belonged in Southern California.”

There are requisite nods to design history: The Gio Ponti-esque perforations in the doors White installed outside and in the window shades in the primary bath, the blue chip furnishings like a Charles Rennie Mackintosh Hill House chair, and a Harvey Probber sofa. But White didn’t get too caught up in specific references. Rather, he and his client worked to create sensations. The staircase should feel triumphant, like when Diana Ross performed in Central Park in 1983 during a torrential downpour. The living room should have an air of seduction, like that electric flirtation between Steve McQueen and Faye Dunaway in The Thomas Crown Affair.

Of course, there were also things she simply needed. Out-of-sight storage for her extensive collections of fashion, jewelry, art, and design (her bedroom was wrapped in built-in cabinetry), a functional office space, and outdoor areas that could operate as extensions of the living room are all examples. For the outdoor areas, White tapped landscape architect Margot Jacobs of Lay of the Land to create the landscape from scratch, craning in giant olive trees over the top of the house and going out to the desert and selecting stone specimens for a Roberto Burle Marx-inspired rock garden.

New purchases followed gut impulse—when White and his client were driving down Beverly Boulevard and spotted a pair of towering, textile-topped Matthias Vriens lamps in the window of Atelier MVM, they pulled over to snap them up that second. When they visited Minjae Kim’s debut solo show at Marta gallery earlier this year, they purchased his fiberglass-and-lacquered teak chaise longue. “I am not driven by who is the trendiest, who is the best, what’s the resale,” the client says. “I never ask those questions. If it moves me, I buy it. If I love it, I buy it. If I get a feeling, I buy it.”

Pieces by current design stars—a Rick Owens chair and a custom chandelier by Lindsey Adelma—mix in with tried-and-true classics that the client had collected over the years. A metal inlaid 1970s cocktail table by Jean Claude Dresse is a stunner in the library. Elsewhere, a suite of 1975 Vladamir Kagan dining chairs gathers around a table topped with the cult favorite design trophy of the early 2000s: Two shimmering Swarovski Tord Boontje chandeliers, purchased at the erstwhile design mecca, Moss. “I’ve taken those to four homes, and I told my daughter, Whether you like them or not, I’m giving them to you,” the client says with a laugh.

In the process of cataloguing his client’s vast collection, White found himself—more and more—shopping within what she already owned. That’s when they pulled out the Mackintosh chair, which was perfect for beneath the staircase. And they even came across a fabulous portrait of the client’s grandmother, who now casts a watchful gaze in the guest bedroom. That portrait mixes in with a serious collection of blue chip artwork by the likes of Lorna Simpson, Kara Walker, Vanessa Beecroft, and even Henri Matisse.

The house, these days, is filled with stories—stories of the things in it and the people who live among them. As White says, “It’s a love letter to my client—a complete reflection of her.” The client is as satisfied as she knew she would be: “There’s no room that you go into that you don’t feel at home.”

Sat Dec 11 , 2021
Now selling luxury real estate in the metaverse. Photo: Scott Roth/Invision/AP/Shutterstock Tal and Oren Alexander, the brothers who became famous for closing megadeals in their early 20s then moved onto the biggest deals ever in their early 30s — they represented Ken Griffin when he bought that record-setting $238 million […] 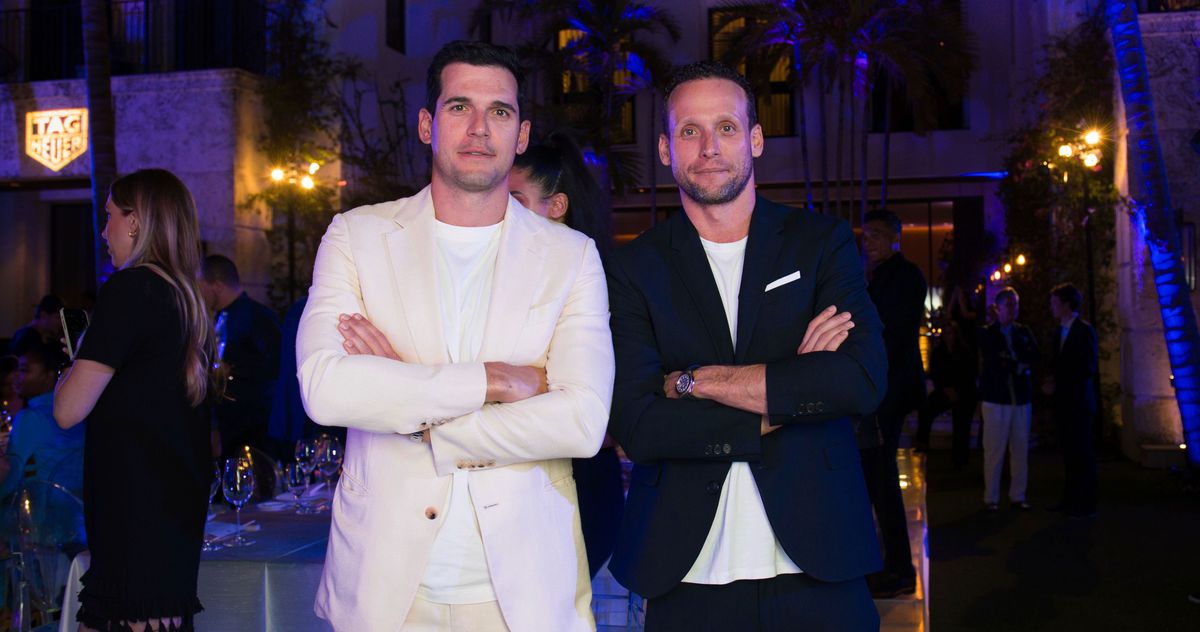