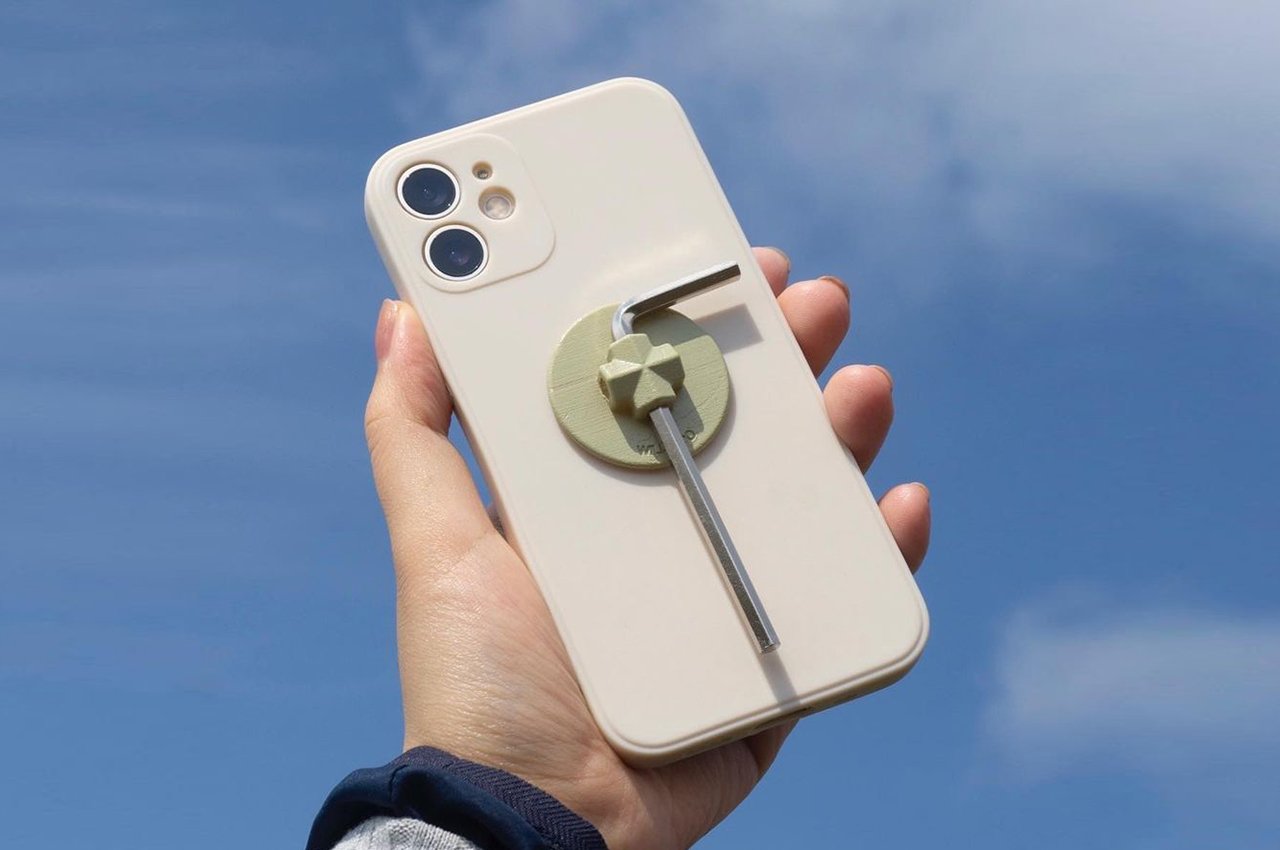 What if you something that could make your phone stand on its own and build you a chair? Would you slap that on the back of your phone, no matter the odd looks that you might get?

Our smartphones have become our unwavering and loyal partners in everything we do these days, even for those that would have normally required some physical work. Sure, your phone can’t bake you a pizza, but it can let you easily order one. It won’t magically build a desk for you, but IKEA might be just a few taps away. Ironically, there are some basic things that smartphones can’t do, like stand upright on their own, especially when you want to enjoy a long movie without developing gorilla arms. Fortunately, phone stand accessories do exist, but this Workingman’s Sword offers something unique to those who prefer to get down and dirty with their hands. It turns out, it actually does help you put together that IKEA desk you just bought! 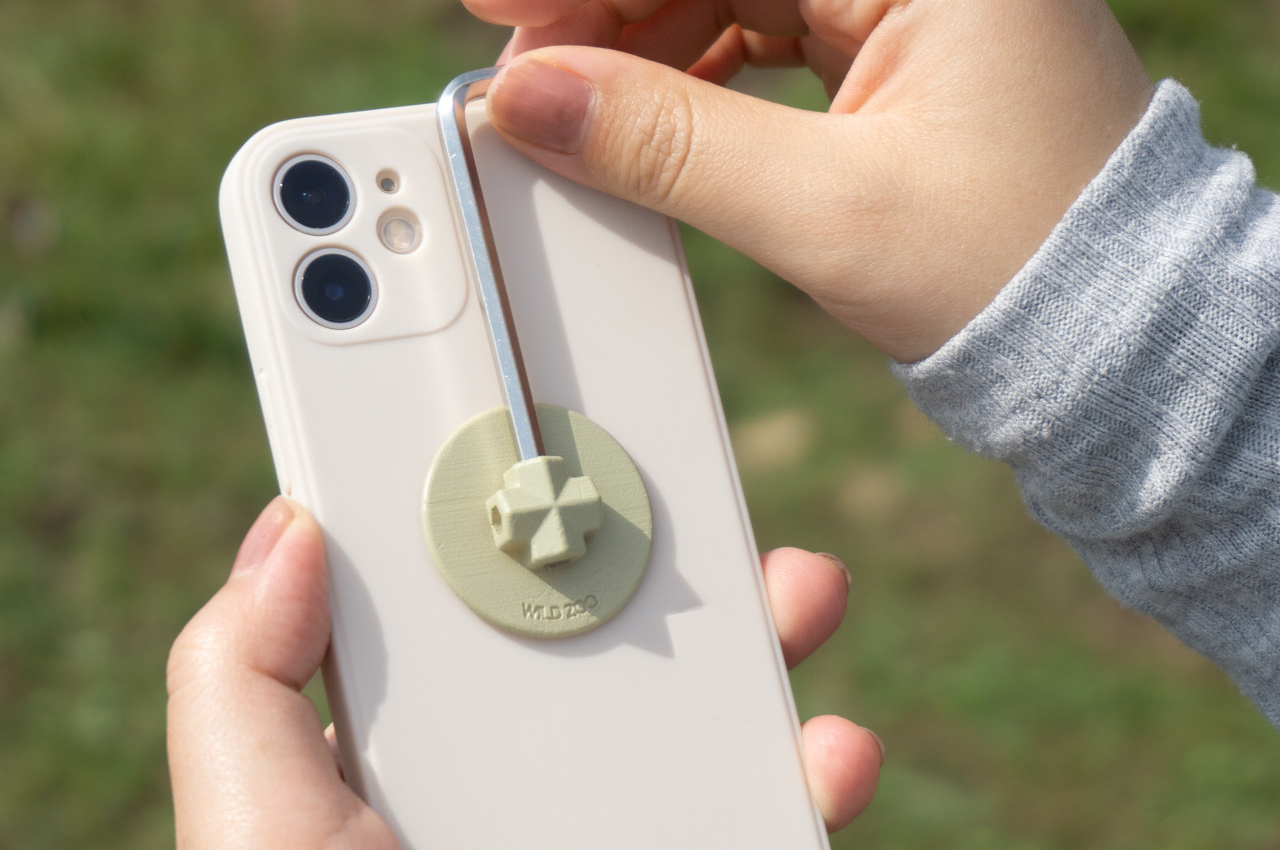 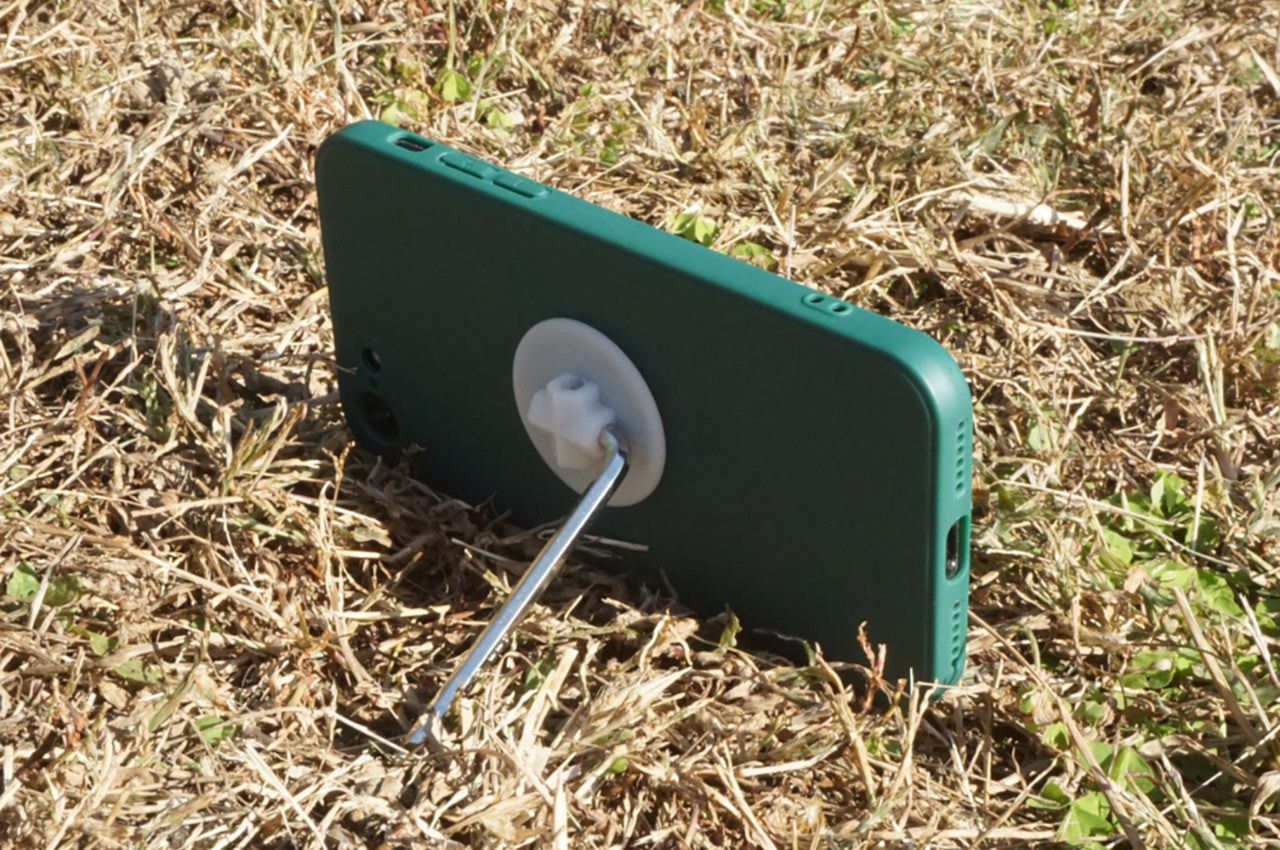 “Workingman’s Sword” definitely doesn’t sound anything like a phone stand or something related to phones at all. Designers Chaoze Zhong and Chang Wu from Beijing-based Wild Zoo Design Studio got their inspiration from the samurai’s katana or sword. Just as those ancient warriors carried their swords anywhere they went, this “stand” is a tool that a working man or woman would bring with them everywhere their phone is. Fortunately, you don’t need a license to carry this accessory.

The stand is actually made of two parts: a standard M4 Hex Wrench and a four-directional connector with matching hexagonal slots. The connector attaches to the back of your phone or its case, while the wrench can go into any of the holes and in any direction or position. Well, almost any position since you’d still be limited by the hexagonal shape of the slots. 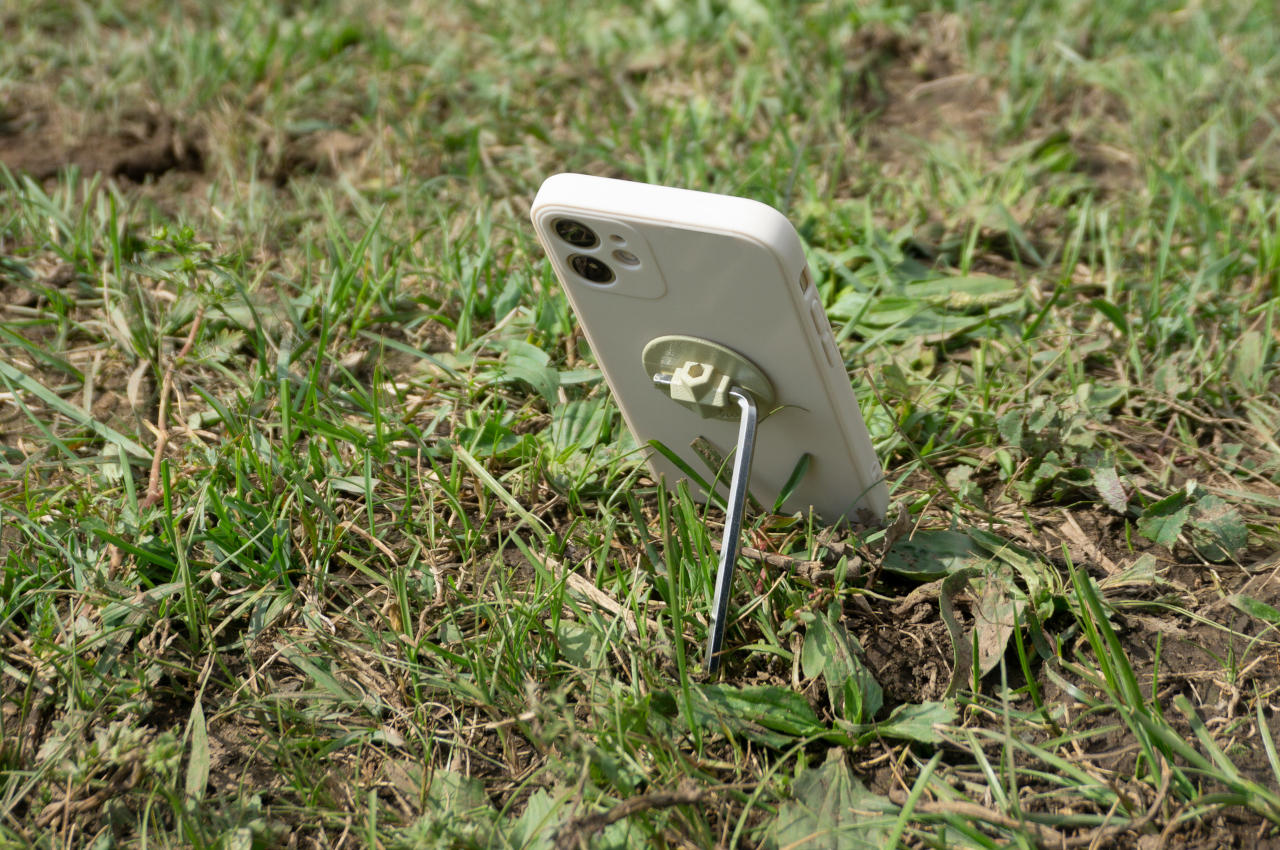 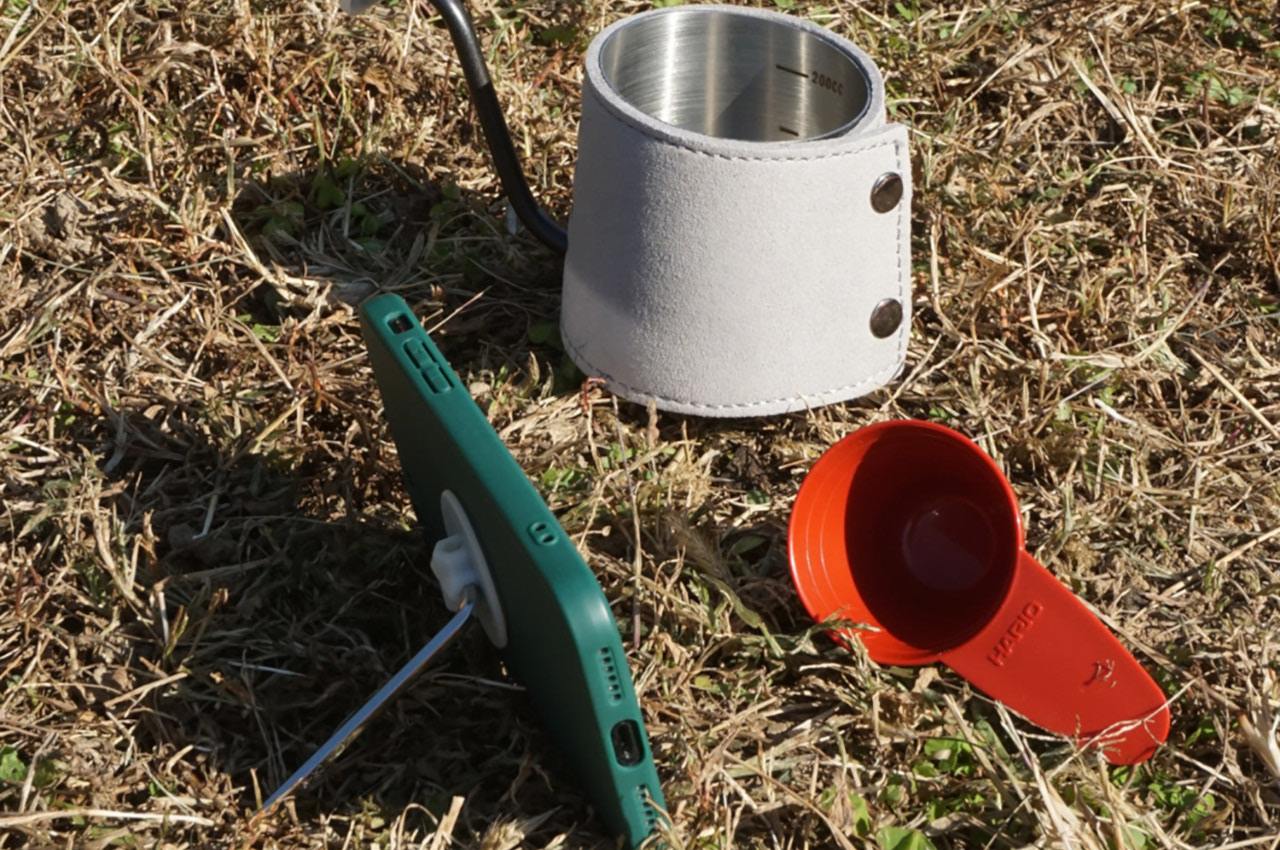 The Workingman’s Sword is like the Swiss army knife of wrenches, at least for Allen key or hex wrenches. The M4 is apparently the most commonly used size for wrenches that are used to assemble furniture these days. The stand ensures that wherever the working person goes, he or she will have one of the most common tools ready to put together a chair, desk, drawer, or anything else. 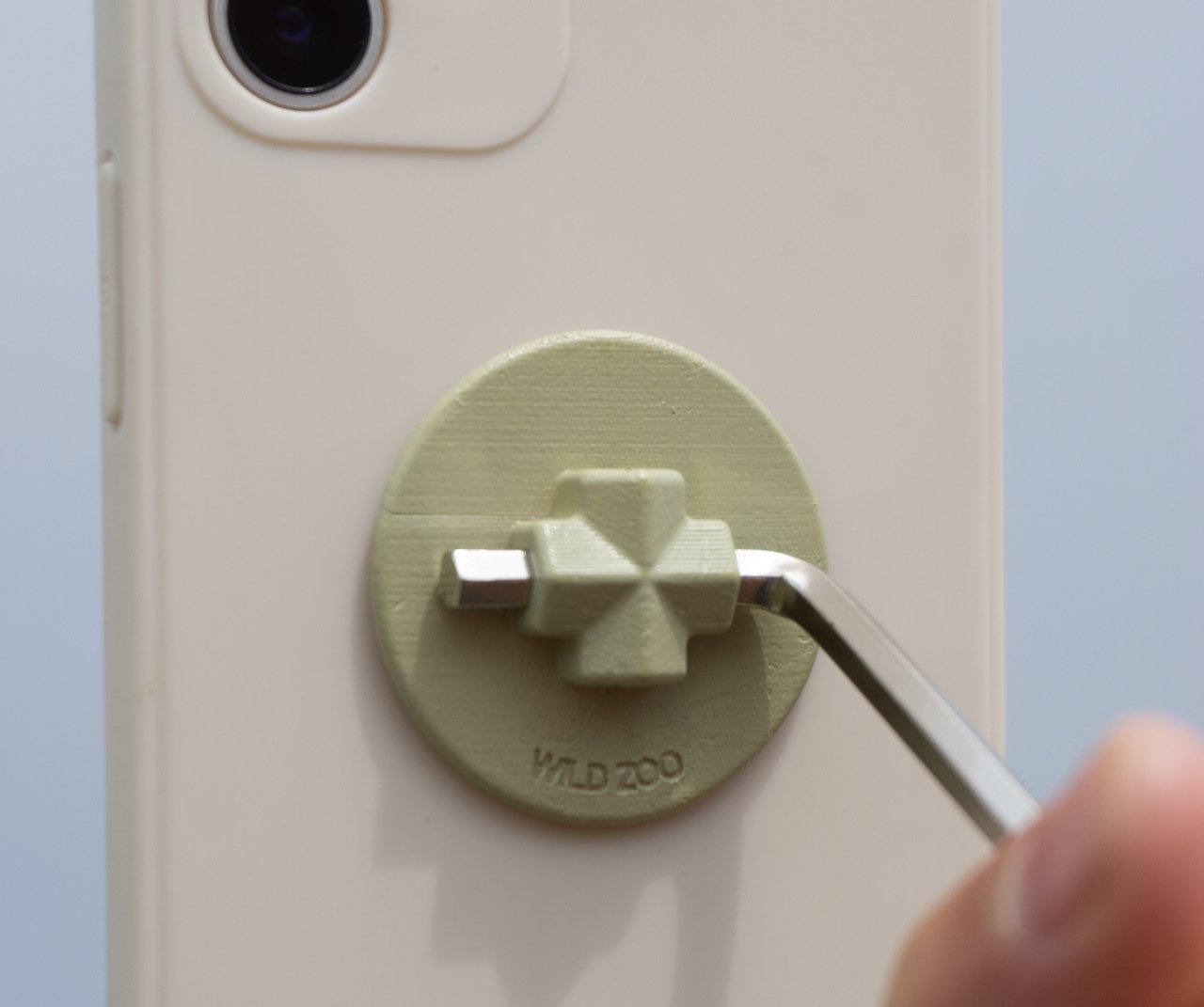 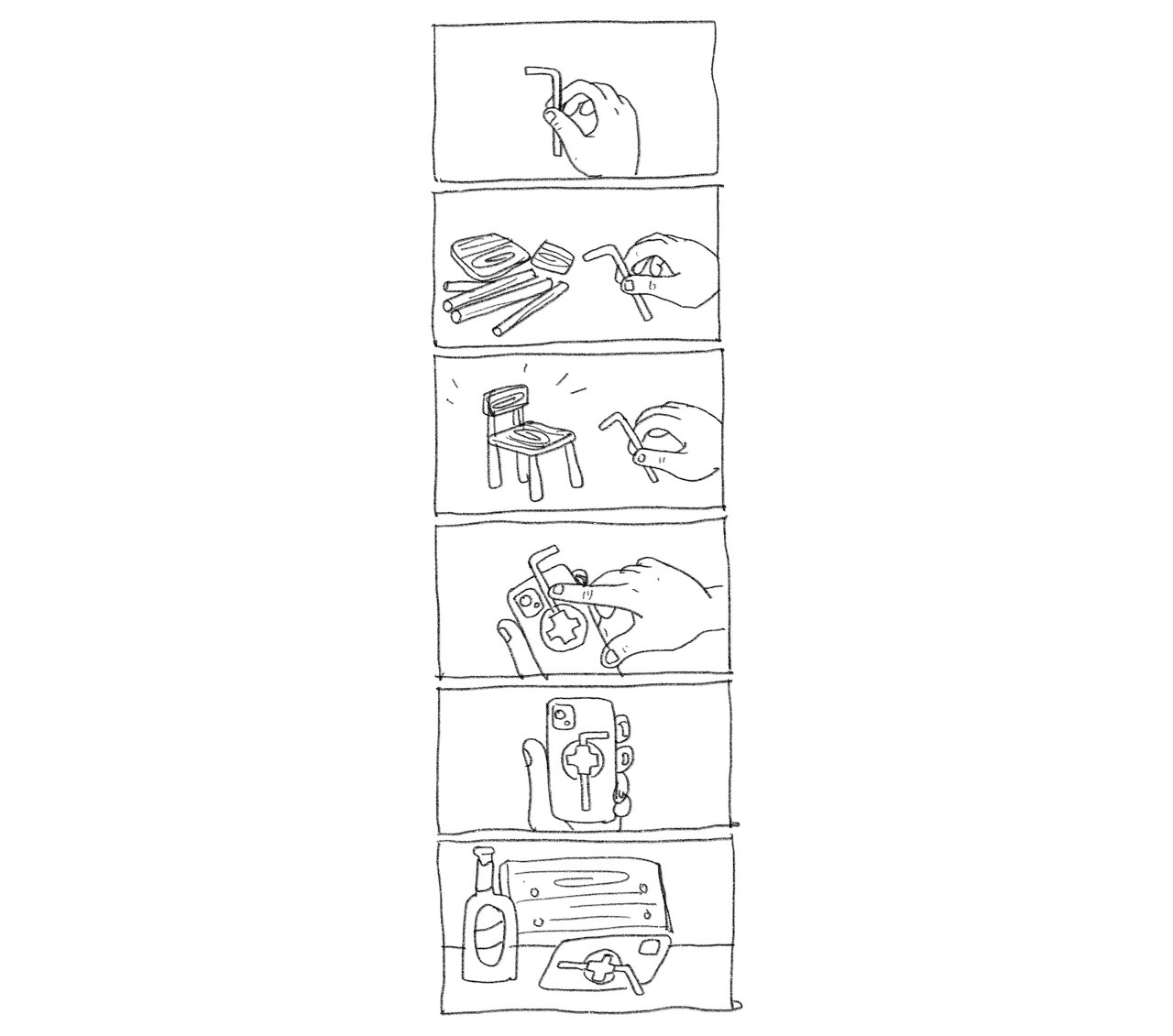 Of course, it’s also a multi-angle smartphone stand that depends on where and how you put in the shorter end of the hex wrench. You do have fixed angles defined by the connector’s holes, but it at least covers most of the positions you’ll need when trying to prop down your phone on a desk or the ground. And unlike most stands, you’re not limited to only one side since it supports both portrait and landscape orientations. 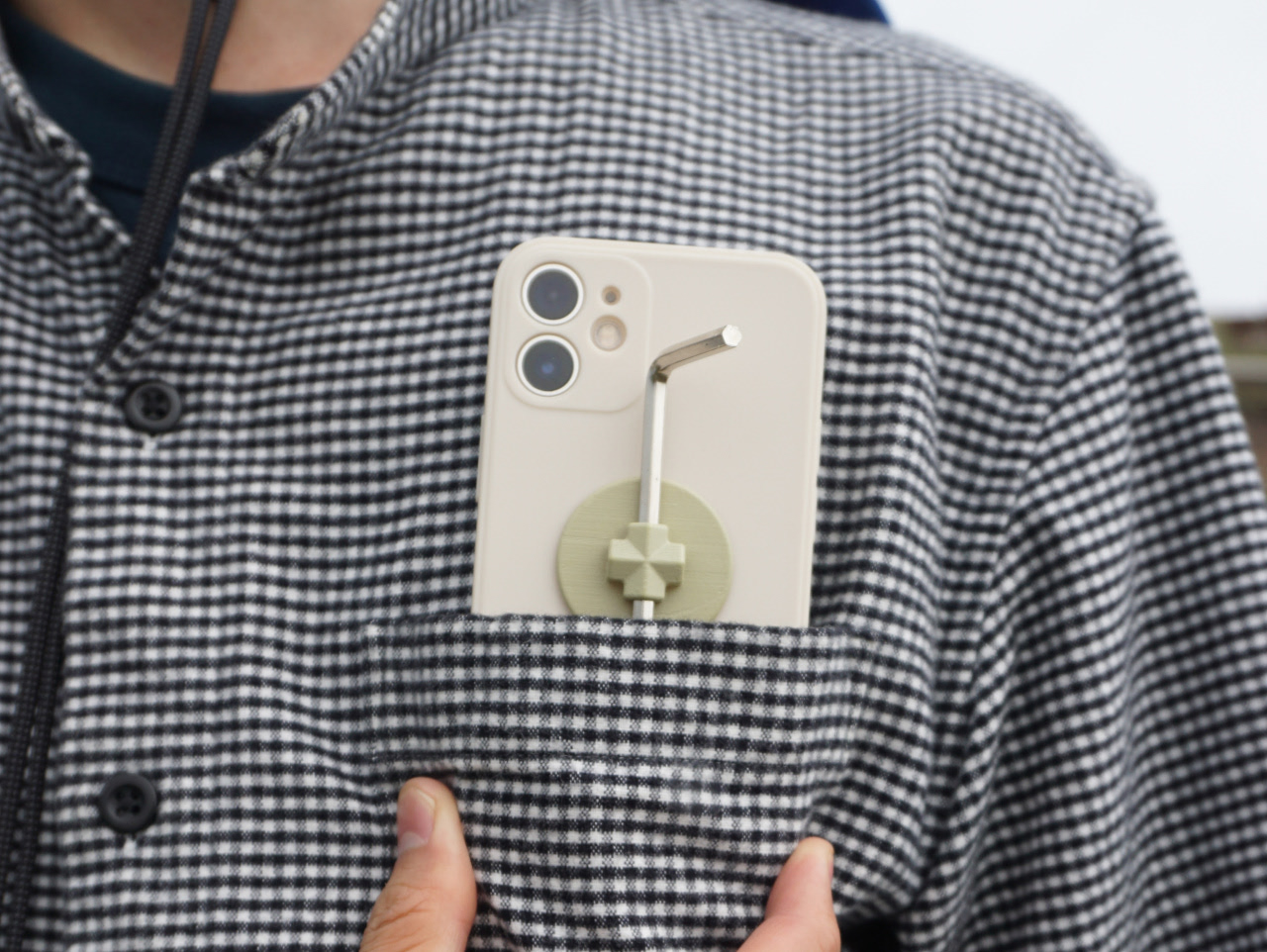 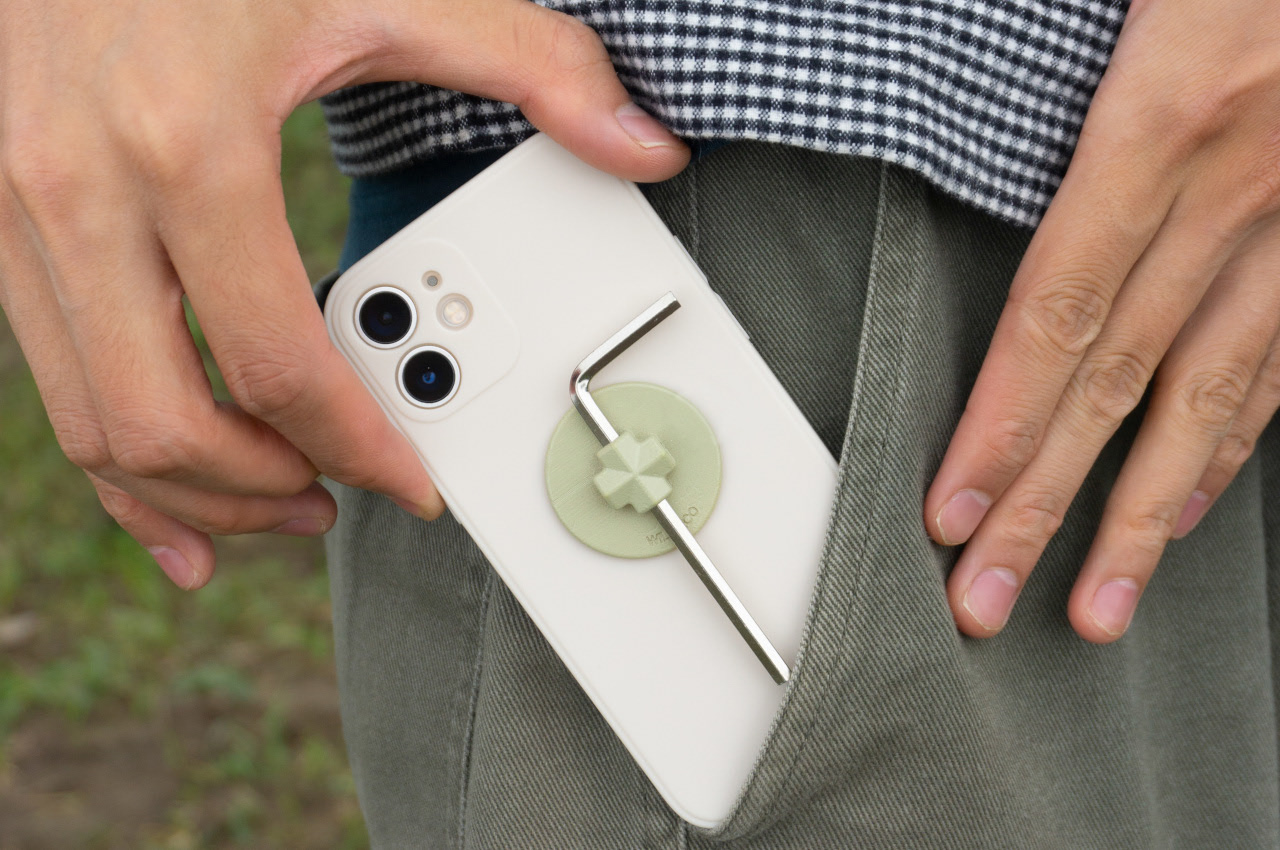 You will definitely love or hate the idea of affixing an industrial tool on the back of your phone all the time. Then again, the people that would want to have a hex wrench within reach won’t be your typical smartphone user anyway. It might remind some of the notorious Pocket Protectors that the geeks of the past were ridiculed for, except this one caters more towards those who love DIY projects and assembling furniture.

It won’t win any beauty contests, for sure, especially when you’re essentially sticking a piece of plastic or resin on the back of your phone and attaching an L-shaped metal tool to it. Then again, we’ve also seen stranger things that people slap on the back of their phones. Admittedly, there are also many ways to pimp up at least the connector and make it look less out of place on a phone’s glossy rear. With the growing number of IKEA furniture or its equivalents in homes today, the Workingman’s Sword offers one thing that most phone stands can’t, and that’s a way to impress your friends with your mad assembling skills in an emergency. 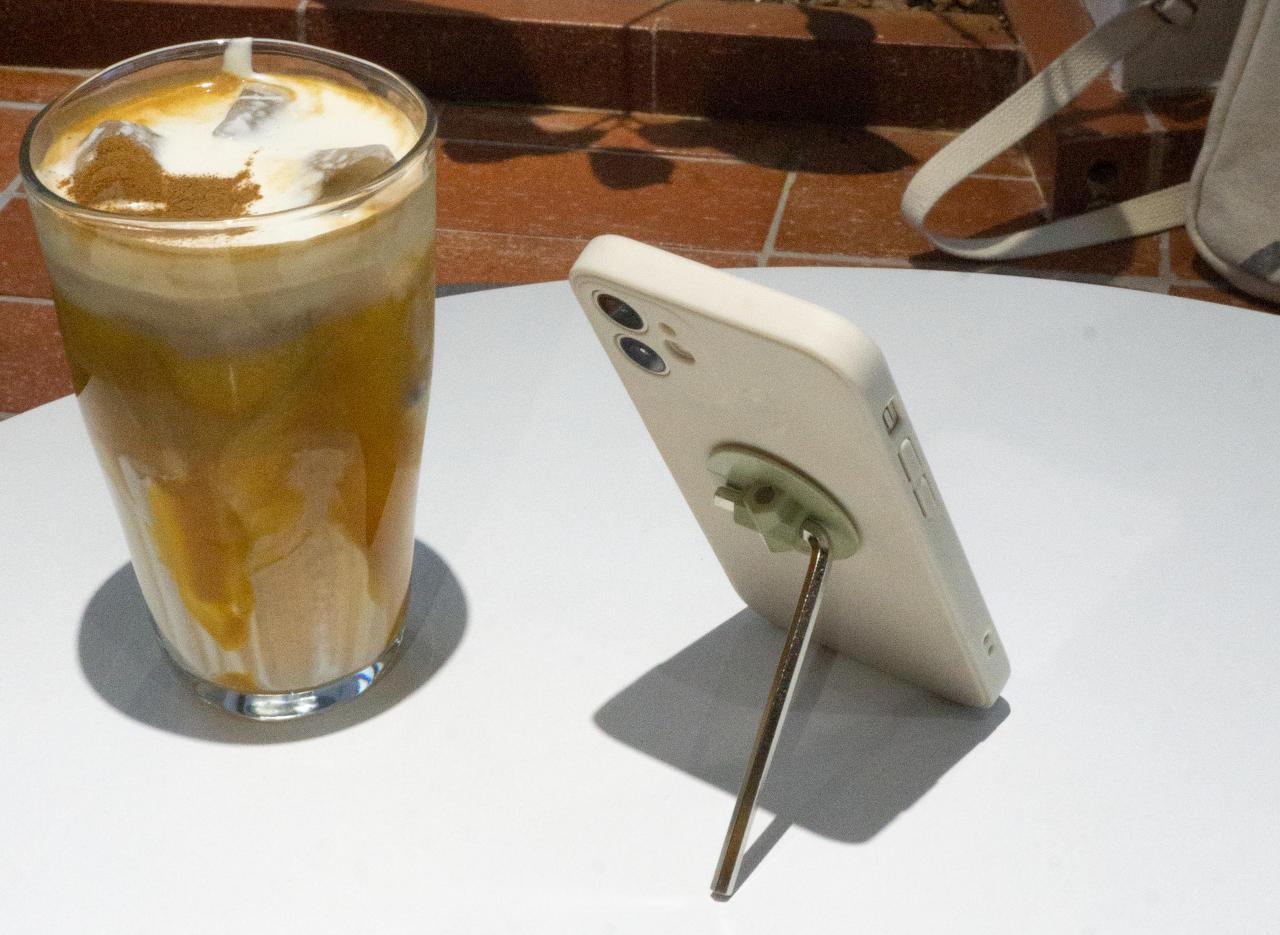 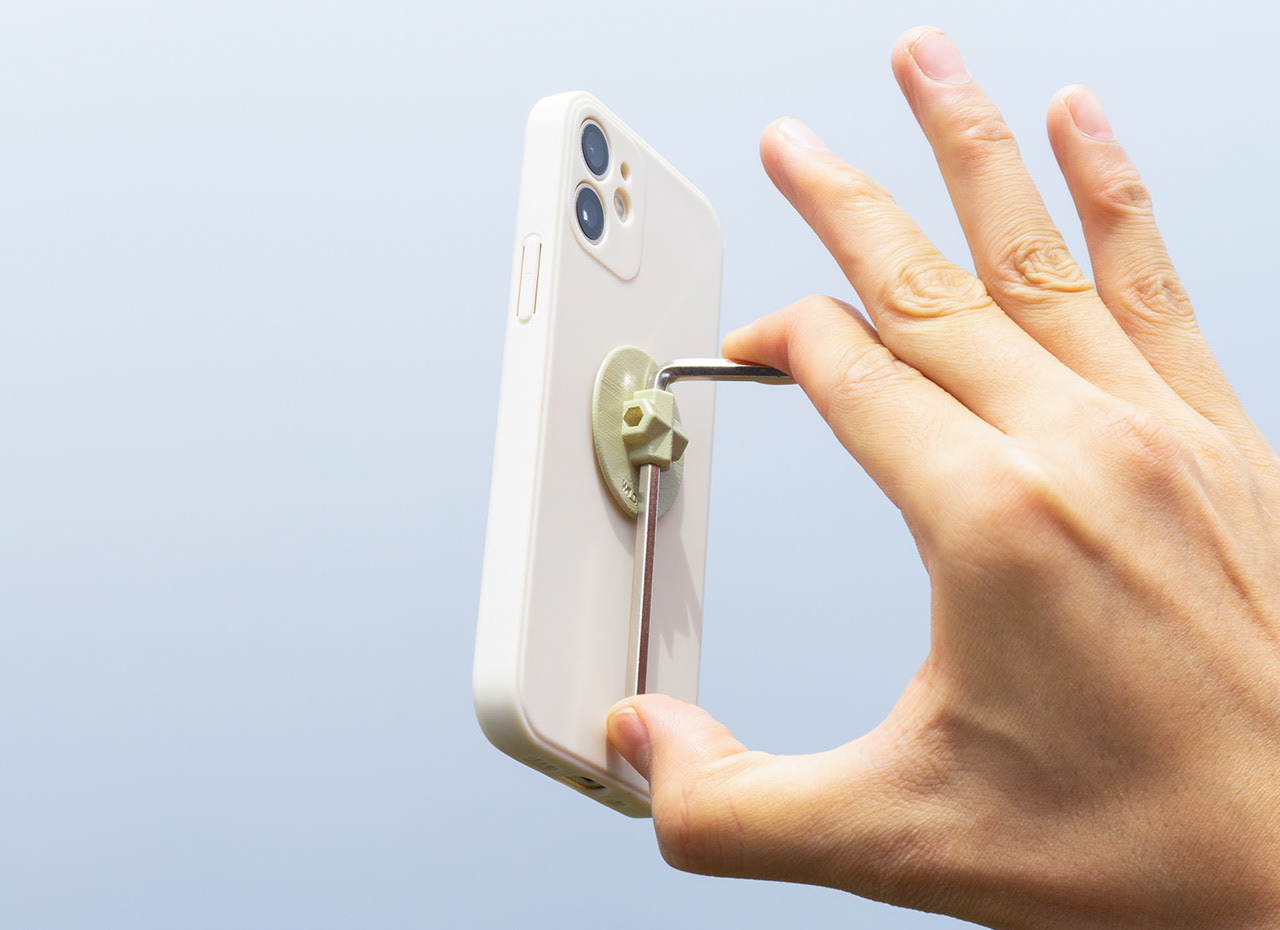 Sun Jan 2 , 2022
If we have learned anything from the years 2020 and 2021, it’s that we’d better be prepared for anything. Now that 2022 has arrived, let’s outline the projects and tasks that you need to plan for throughout the year. This year, it is especially imperative to have a plan and […]