On October 12, a jury meeting of the open international competition for development of an architectural concept for the Galiasgar Kamal Tatar State Academy Theatre took place.

The jury, chaired by mayor Ilsur Metshin, considered applications from 26 consortia and 13 individual competitors from 14 countries. The experts evaluated participants according to several criteria: relevance and degree of implementation of the projects presented in the portfolio, essay content and the idea proposed for the future theatre.

“President of the republic Rustam Minnikhanov set the task of taking the most responsible approach to implementation of this project. The key architectural concept should take into account sustainable development of the historic center of Kazan. The new theatre shall blend harmoniously into the context of the embankment and the entire old Tatar settlement, and become a unique landmark, in the same way the current building did in its time,” said the Mayor of Kazan and jury chair Ilsur Metshin.

As a result, 8 consortia made it to the final.

“There are excellent candidates participating. They are all teams consisting of specialists from all over the world. Our task at this stage is to explain what is specific to the Republic of Tatarstan. We should introduce them to the nuances of Tatar culture, and create a team that will help them understand what is specific to Kazan and special about Tatarstan. It will help a lot in the work on projects,” said Farrukh Derakhshani, international curator of the competition.

The jury consists of representatives from the Government of Tatarstan, the Executive Committee of Kazan, federal level experts in the field of architecture, representatives of Tatar science and culture, and stars of the theatre world and cultural sphere. The full jury list is available on the official competition website https://theatre.tatar/.

“I think the expert council and jury members made the right decisions. I think they are not only the right ones, but also made with great love for the theatre, the people who work here, and the republic. This is only the beginning, and we have a lot of work ahead of us. We hope that all the wishes of our employees and spectators will be taken into account in the projects,” said Farid Bikchantaev, chief director of the Galiasgar Kamal Tatar State Academic Theatre.

Work with the finalists will continue remotely. At the end of October, there will be online seminars that immerse the participants in the urban and cultural context of the territory. The finalists will see the Kamal Theatre’s performances translated into Russian and English, and become acquainted with the theatre company. At the end of November, finalists will come to Kazan for an orientation seminar, during which they will tour the competition area. Lectures about Tatar artistic culture, visits to theatres, performances of the city’s theatre, and working meetings and round tables await them. The finalists will present their concepts on January 20. The final results of the competition will be announced at the final jury meeting in February.

Mon Oct 25 , 2021
This 9,541-square-foot home in Colleyville has been the site of weddings, baby showers, garden clubs, outdoor concerts and backyard barbecues. And, when you see the expansive offerings nside and out, you’ll understand why. The French country estate, as the agent describes it in the listing, was built in 2002. The […] 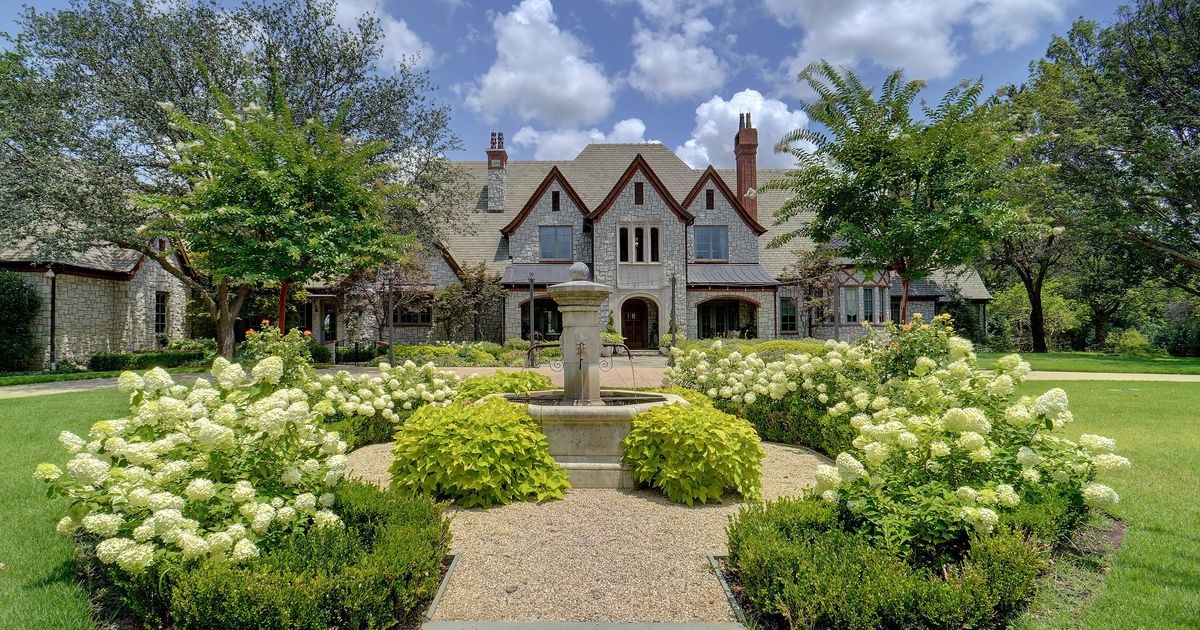