In this week’s comments update, readers are debating plans by SHoP Architects’ employees to form a union of architecture workers in response to an alleged culture of “endless overtime and deadlines” and discussing other top stories.

Employees of New York-based SHoP Architects have announced plans to form the first union of architecture workers since the 1940s.

Architectural Workers United filed an election petition with the National Labour Relations Board on 28 December, beginning the formal process of organising a union.

“The business structure of architecture has long been exploitive”

Readers are torn. “Good,” said Chris on one hand.

“It is admirable,” replied Christopher Osborn. “The crazy deadlines and all-nighters start in college, but they never stop. Now it’s not the professors who are doing this, it’s the clients.”

“The profession is undervalued and underpaid,” continued Ferran. “That is a fact. It is not just SHoP, it is the profession in general. The AIA needs to take note and come up with sustainable solutions to this issue.”

Archi agreed: “The business structure of architecture has long been exploitive and a silver spoon man’s game, mainly because we constantly defer risk to others. Our profession undercuts one another and proliferates free work through advanced proposals and competitions.

“We have the education and testing requirements similar to the medical field and get paid pennies for the bulk of our careers.”

JB disagreed: “Sack ’em, I say. Take away their luxury accommodation and push them to the edge of civilisation – say, Brooklyn – and then we will see how these commies cope with their collective vision.”

How do you feel about the union? Join the discussion ›

Architect Bjarke Ingels has caused controversy by attempting to explain how his housing startup Nabr intends to revolutionise the housing sector. His remarks were made in an exclusive interview with Dezeen.

“I’m still lost on why this ‘product’ is superior to other homes?” said Rachel. “Electric cars gave an alternative to gasoline, Apple essentially gave us hand-held computers… I understand he wants to mass-produce buildings to bring down the costs, but what can I get from his product that I can’t already get?”

JZ continued: “Thinking of apartments as products is the fricking problem, not the solution. Architecture, by definition, requires adaptation to climate, culture, etc. Globalising multi-family design is not the solution.”

“If defining ‘architecture as a consumer-facing product’ is considered an innovation then what the heck was it until now?” asked Zea Newland.

Are readers missing the point? Join the discussion ›

In the wake of the Grenfell Tower fire, homebuilders in England have been instructed by the government to fund the replacement of unsafe cladding on mid-rise blocks. Commenters are divided.

“This is the right move,” said Bobby Dazzler. “The story will go on, though, as the developers will now fight for the cladding company to pay the costs.”

“I don’t understand how this cladding was ever allowed anywhere?” continued Sim. “Who overruled the rules that banned this cladding and why? Why do cladding manufacturers still sell this product if it is so flammable? Doesn’t the government have a responsibility here for not protecting people?”

Should homebuilders have to pay? Join the discussion ›

Heatherwick has since replied during an exclusive interview with Dezeen, saying “we all need places that trigger a response”.

“It represents the very worst of 1980s architecture and shopping mall culture,” said Alfred Hitchcock. “It’s a dinosaur of a building and the trees gimmick doesn’t really help.”

“Interesting,” continued Alexander. “But not beautiful in my honest opinion. Maybe when the trees have matured it could look better?”

Clunking Fist was more positive: “Whatever the haters say, it is zillions times better than the structures just across the river. So you could argue it has improved the area.”

Are you a fan of the 1,000 Trees shopping centre? Join the discussion ›

Dezeen is the world’s most commented architecture and design magazine, receiving thousands of comments each month from readers. Keep up to date on the latest discussions on our comments page.

Thu Jan 20 , 2022
You can grow any herbs you like in winter — if you have lights. (Getty Images) Even the occasional reader knows I insist that everyone have a light system for maintaining plants during the winter months. Maintenance is, of course, just one of the great things about having a set […] 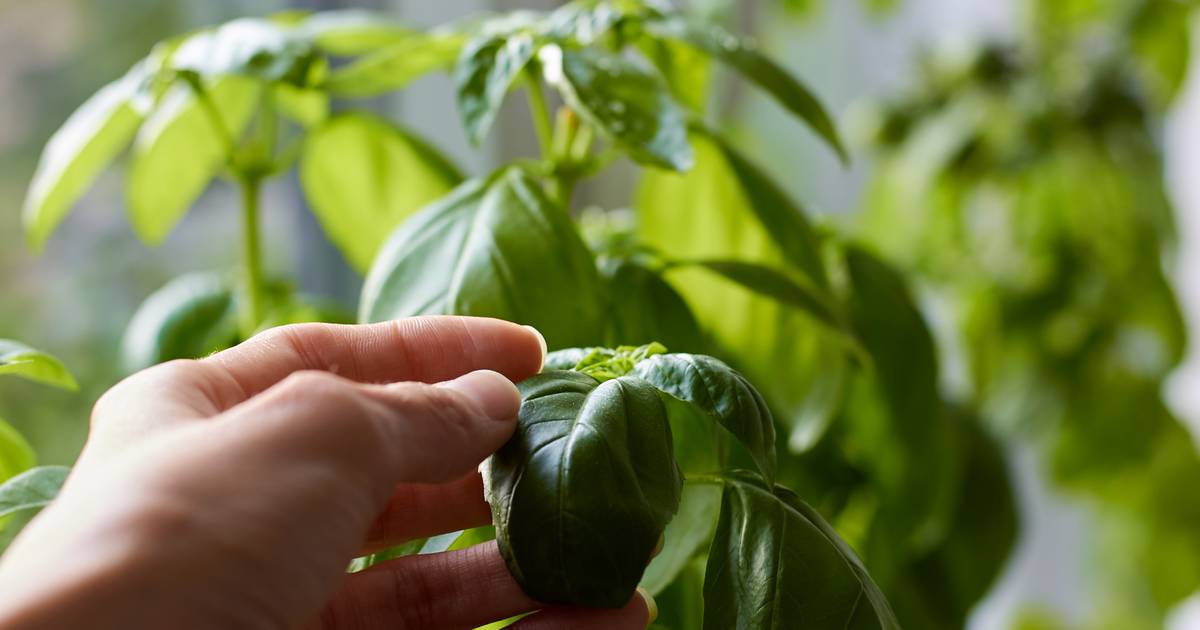