The 2022 London Festival of Architecture is back with its usual summer slot to entice us to find out more about and get involved with our built environment. Kicking off today (1 June) and lasting for the duration of June, the capital’s regular architectural extravaganza persevered in digital and hybrid forms through a couple of unusual years, defined not only by Covid lockdowns, but also by innovation, creativity and resilience as the world and the architecture industry adjusted to the realities of the ongoing pandemic. Now, the festival, under the leadership of new director Rosa Rogina (who took over the reins after Tamsie Thomson’s departure in 2021), has indeed returned in full force, blending studio visits with lectures, pavilions, installations and exhibitions, and more.

The programme this year, built around the overarching theme of ‘Act’, shows breadth and depth through over 400 diverse events; here are some of its highlights.

Highlights from the 2022 London Festival of Architecture

Entry from the longlist: Will King and Hari Kumar – A Taste of Home

The Davidson Prize champions innovation and creativity, imagination and multi-disciplinarity. This year’s longlist was announced just in time for the 2022 London Festival of Architecture, revealing 14 teams who have responded to the brief of reimagining living. This year’s theme was Co-Living – A New Future, and within it the selected designs offer a suitably varied range of solutions. Chair of The Davidson Prize jury Paul Monaghan said: ‘The calibre of submissions for this year’s prize was really impressive and it was interesting to see how people’s approaches to co-living may have changed in the aftermath of the pandemic. Although there are similarities in many of the submissions, each of the 14 longlisted teams put forward an innovative solution to this year’s theme – we’ve got a tough job ahead of us now to agree on the three finalists.’ The winner will be announced in June, during the festival.

It looks like London is getting its own Highline and it’s exactly such initiatives, use of open and green spaces, and publicly accessible leafiness that the 2022 London Festival of Architecture is all about. The Camden Highline by Camden Town Unlimited was recently granted its planning approval, so if you are curious to find out more about this upcoming new bit of public realm, join this tour hosted by Camden Town Collective. Meanwhile, organised by the same group, an exhibition at the Auction Rooms (5-7 Buck St) explores more deeply the design, concept and future ahead.

The Mobile Arboretum by Wayward

Greening London’s Cheapside with a sprinkle of leafy designs, The Mobile Arboretum is inspired by the collective history of the London markets. The installation’s different elements are abstractly drawing on a series of market ‘carts’ or ‘barrows’. Each of them is planted with a range of species that will be allowed to grow and take over, during the course of the festival. ‘The barrows will house the trees/saplings over the summer, taking care of them until it is time to move them on to their new homes, helping to see the legacy of a real urban forest at schools and community gardens in and around the neighbourhood,’ the organisers say.

Coinciding with the start of the 2022 London Festival of Architecture, Zaha Hadid: Reimagining London is the inaugural show at the newly opened Zaha Hadid Foundation in central London. Digging deep into the Foundation’s collections and archives, which include works by the late great Dame Zaha Hadid, this show focuses on London and its potential through the architect’s eyes and drawings. ‘Anchoring this exhibition is London 2066 (1991), a large-scale painting envisioning London 75 years into the future. In this painting, Hadid proposes a radical rethinking of the city: the centre of London is stretched eastwards and its arteries flow in new directions. This expansion of the metropolis eastwards is realised in the iconic London Aquatics Centre, built for the 2012 Olympic Games,’ the foundation statement reveals. Its director Professor Paul Greenhalgh says: ‘Our aim is to facilitate the work of architects, designers, artists, scholars, and the general public alike, in order to advance knowledge across the creative sector. This exhibition by the Courtauld’s MA Curating students is the first in a series of creative collaborations with educational partners.’

‘Sharing moments of creative, civic power that offer hope. Agency not charity. A loose collection of ideas and tools that might inform our working towards the idea of a co-produced city that is just, kind and sustainable. Anarchist thinking is at the root of this and Colin Ward is my hero,’ says artist, educator and activist Alicia Pivaro of her talk, which takes place at the Royal Academy of Arts during the festival. Pivaro is ready to discuss how to make change happen for our cities.

The Lebanese House: saving a home; saving a city

French-Lebanese architect Annabel Karim Kassar and her studio AKK are behind this installation at the V&A Museum. It includes the four-metre high recreated 19th-century home in Beirut, Lebanon, that highlights the destruction of thousands of buildings in the city (both modern and heritage), following the devastating 2020 Beirut port explosion. The architect aims to ‘highlight the craft skills used in the original creation and current preservation of these vulnerable historic buildings’. The displays also include specially commissioned films on the event.

Powerful imagery and prime photographic skill are on display at Gareth Gardner Gallery with Tidal Rooms, a solo show by architectural photographer James Retief. For the 2022 London Festival of Architecture, the south London art space is launching an ‘exploration of monumental structures on the Thames foreshore’, as a series of large-format prints. The works are the result of a project Retief kicked off in 2019. ‘The theatrical monumentality of these utilitarian structures provides a rich backdrop for public life,’ he explains. ‘There’s the sense of an empty stage full of civic potential, with clues as to what truly public space can aspire to achieve.’

If you enjoy getting hands-on with model-making and architectural workshops, join architecture educators Matt+Fiona at Hackney Bridge for Act-ivate! The event encourages participants to reimagine London, and how we live, work and play in our ever-changing metropolis. Cardboard, para-cord, neon fabric and your imagination are all you need – and all ages are welcome.

London organisations, such as the POor Collective (seen here one of their projects in action: Carney’s Mural 5) help young people connect with their built environment. Photography: Nick Cornwall

Meanwhile, if the 2022 London Festival of Architecture inspired you to take part in some architecture and design activism, but you don’t know where to start, the School of Activism Forum could be just the thing for you. ‘[It is] a day of presentations, workshops, talks and debate about youth-centred neighbourhood activism to support and enlighten young people’s involvement in, and engagement with, their local built environments,’ the organisers at Creative Wick, explain. Interaction and debate are highly encouraged.

Gardening tips: ‘Most common’ cause of tomato leaves turning yellow - how to solve

Fri Jun 3 , 2022
Growing tomatoes yourself is well worthwhile because the taste of a homegrown tomato is far superior to a store-bought version, so seeing the leaves of your carefully tended plants turn yellow can be alarming. There are actually a few reasons that mean your garden ideas can be compromised by tomato leaves […] 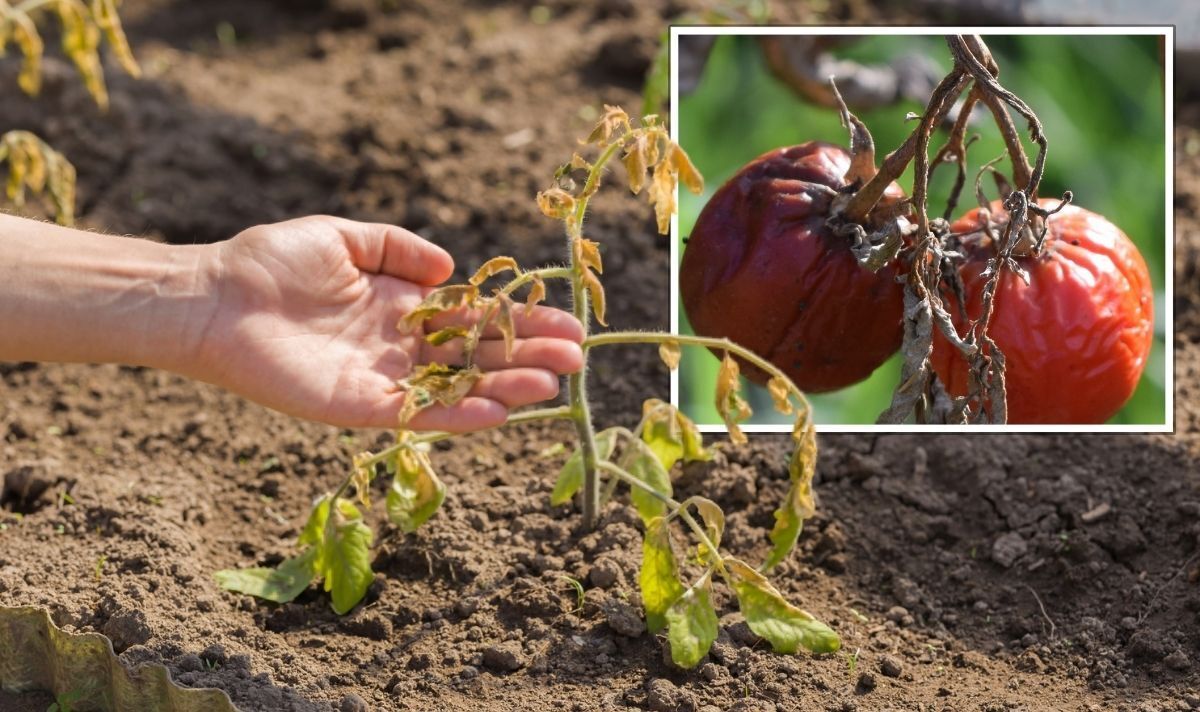