For much of his professional life, Petrus Palmér, founder of the hit Swedish furniture company Hem, has held firm to the belief that there are three good reasons to create a new product. The first, he explained over Zoom, is the invention of a material—for example, “a form of metal that is lighter or stronger.” The second, he said, is the development of a manufacturing process, citing the Eameses’ innovations with bent plywood. And the third is “behavior, a big shift in the way people live, like working from home.” It’s thinking that has served him well as he has built one of the buzziest design brands to come out of Scandinavia since IKEA.

These days, Palmér has added a fourth pillar to his philosophical portico. That’s culture, which he defines as “us, as humans, rallying around ideas and ideals.” You might say it was culture that informed his family’s recent move from central Stockholm to a pastoral waterfront stretch of the city’s suburbs. With two young boys, he and his wife, Madeleine, craved space, quiet, and the parental peace of mind that comes with small-town life. (They just welcomed their third child.) Anticipating the day when his kids can bike to friends’ houses unaccompanied, Palmér reflects, “In the end it was the obvious decision.”

Their choice of residence was not. Eschewing the area’s typical timber homes, the couple zeroed in on a series of concrete row houses, built in the 1960s and inspired by Brazilian housing typologies. When an end unit with southern and eastern exposures came up for sale, they pounced, enlisting the Malmö-based studio Förstberg Ling to oversee a renovation. “We share an aesthetic and a work ethic,” notes Palmér of architects Björn Förstberg and Mikael Ling, with whom he collaborated on Hem’s former Stockholm showroom and office, as well as his previous home, a converted blacksmith’s atelier in the courtyard of an apartment complex. Then, in summer 2020, construction under way, a fire raged through the rooms, setting the project back.

Sat Jan 15 , 2022
A CES 2022 Innovation Award winner, the indoor growing system is named after the Korean word for, “to sprout.” Indicative of the continuing trend and popularity of greenery during a time when travel is sometimes restricted – this compact refrigerator-sized home appliance allows green thumbs to indulge in growing greens […] 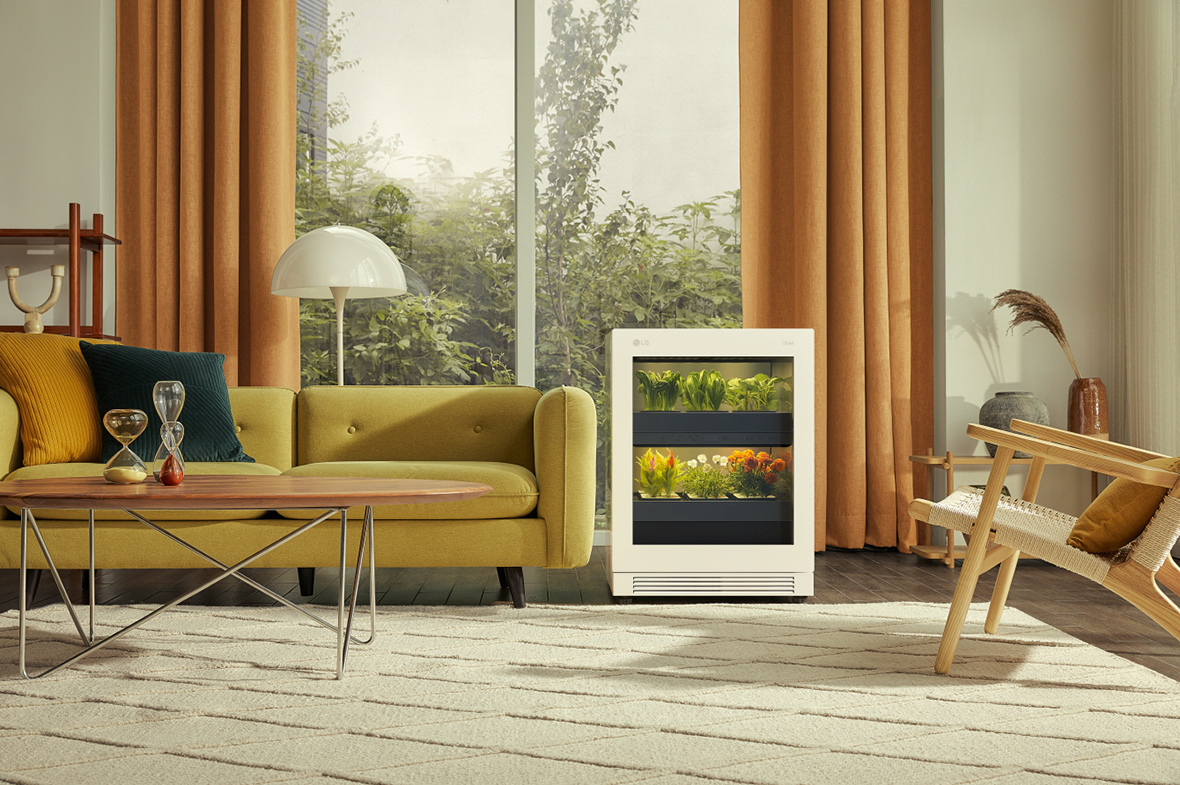