A proptech firm that claims to have produced the first “check engine light” for the home launched its service with more than $12 million in seed funding.

“Home maintenance today is entirely reactive — if something breaks, you fix it,” Simpkins said. “Reactive maintenance is expensive.”

Potentially very expensive. The average homeowner spent more than $10,000 on maintenance in 2021 — a 25 percent increase from the pandemic’s first year, according to the home services website Angi.

Various technologies already exist to identify water leaks, poor air quality or electrical faults. Dwellwell says its sensors integrate all of them for the first time.

The Bethesda firm diagnoses problems through a process called “ambient inference.” Its sensors collect temperature, humidity and air quality data, as well as acoustics, light and electrical information, and feed it into an AI system that analyzes it alongside external data, such as equipment and geographical information. Users get the analysis through web and mobile applications.

A problem in the air conditioning system, for example, would be determined by measuring internal temperature, comparing it with third-party weather data, and then gauging how quickly the system is cooling — not only in that moment but compared to its own historical performance.

“When it starts working differently from the norm, we signal that it needs to be serviced,” Simpkins said.

Dwellwell’s value proposition is also its potential weakness: It is essentially educated guesswork. But Simpkins says Dwellwell’s “multi-sensor” technology makes it uniquely sophisticated, and can save large owners millions of dollars in maintenance and labor costs.

“Owners of real estate at scale don’t want to have to cobble pieces together and integrate their own smart building technology. They want one platform,” Simpkins said.

The company’s other value proposition is that its devices are plug-in. No one has to cut pipes or open the circuit breaker box.

The average home requires one of Dwellwell’s so-called “master sensors” every 300 square feet, or about every other room. In addition, contact water sensors — typically five or six in the average home — detect if there is a leak, or if a toilet has been flushed but not filled, indicating a malfunctioning valve.

For now, Dwellwell is marketing only to institutional owners in major urban areas. The company sells access to its platform in 1,000-square-foot units, but declined to divulge its pricing. It has two pilot customers, a Washington, D.C.-based multifamily manager called Bernstein Management and an unnamed single-family rental owner.

Retail buyers eventually will have access to the technology through partnerships with security systems providers, Simpkins said.

Privacy concerns could also be an issue for the company. Simpkins said Dwellwell protects customers with encryption and by keeping individual home data local, and not uploading it into the cloud.

The state of Maryland, along with “executives from the proptech, engineering and real estate industries,” including Tim Naughton, former CEO of the multifamily REIT AvalonBay, contributed to the company’s seed funding.

8 painted floor ideas you can DIY

Mon Apr 18 , 2022
Forget the carpet, and let flooring steal the show with painted floor ideas that you can easily DIY to transform your space, from the ground up!  From creating a patterned rug effect in bathrooms and mudrooms, to adding interest with jaunty stripes in the living room or bedroom, painting floorboards […] 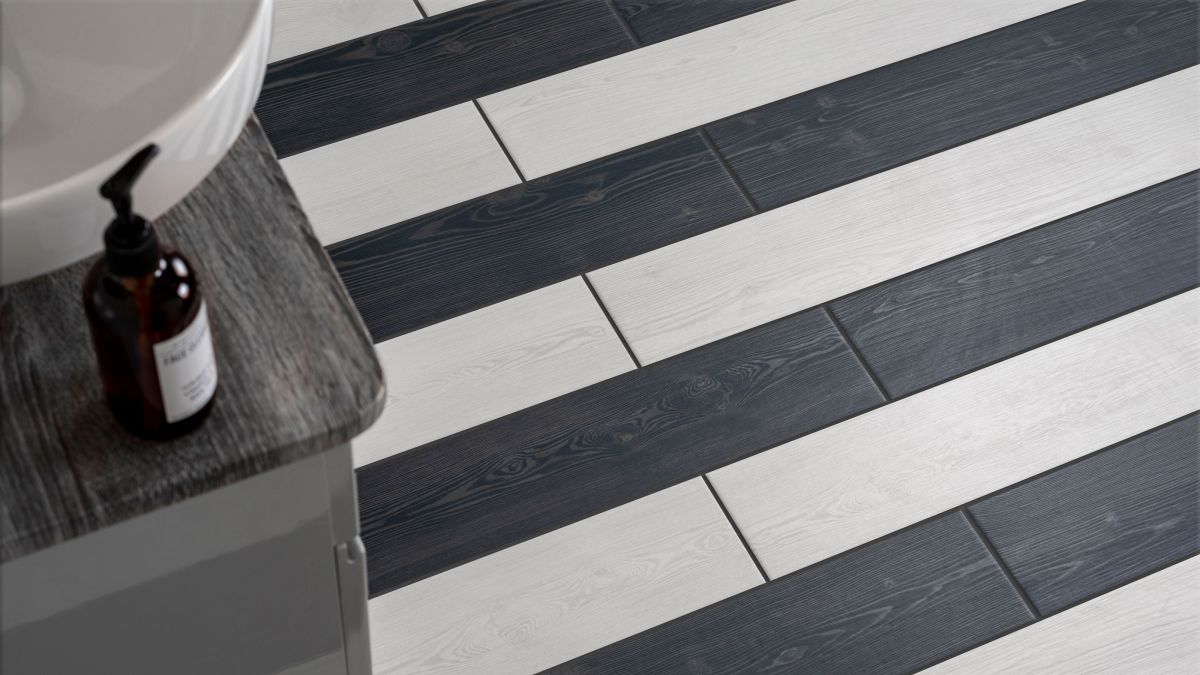