THE “BEFORE” OF this story stretches back nearly a century to a significant architectural milestone that now grounds a newly elegant, supremely functional kitchen as the “after” hub of the home — and as homage.

Brandon and Jill had driven by Ayer’s creation from time to time and always were drawn to its charm. Charming as it was (and is), however, by the time it was theirs, it had been neglected for years, Brandon says. “It was adequately maintained and cleaned, but nothing had really been updated.”

Exhibits A through Ouch: “The kitchen was laid out with a breakfast nook,” he says. “There was this horrible blue Formica on the countertops and a weird pantry. It had two doorways and was very segmented. The kitchen had a little peninsula that jutted out with a top cabinet that, if you weren’t paying attention to, you’d bash your head on.”

That was not Ayer’s creation. “This was a mid-’90s or late-’80s updated kitchen,” says interior designer Krissy Peterson, of K. Peterson Design. “You could tell they tried to keep it kind of kitschy to go with the times, but it totally missed the mark: dark cabinets that didn’t seem to function well, and very heavy. When you have this fantastic view beyond the wall, it just felt closed-in.”

Brandon and Jill started their modernizing, anything-but-kitschy updates at the tippy-top of the house and worked their way down, bringing on Peterson (who went to Seattle Pacific University with Jill) for the complete renovation of the confounding kitchen (Remodeling Experts LLC was the contractor).

“I heard Jill’s voice loud and clear that she wanted a light, bright, more-functional space to be able to have more people circled around while you’re cooking, a more central kitchen feeling,” she says. “And then I heard from Brandon, ‘I want good appliances that work well and do fun things, and more room to circulate.’ Both love to cook and enjoy entertaining. That was the driving force behind everything. I also wanted to highlight the amazing view of Puget Sound that had previously been blocked.”

Well, right off the bat: That head-bashing block of cabinetry disappeared. As did anything outdated, awkward or dark. Brandon and Jill’s new kitchen opened up to sunny brightness, to roominess, to that special view, and to a happy new century of functionality and fun.

A central island (it’s a stunning custom piece of furniture, not a built-in) anchors white cabinetry gleaming with bronze hardware, an unlacquered brass faucet — and one spectacularly tactile reminder of Ayer’s work. “The original brick that we left unfinished was sort of a happy accident,” Peterson says. “It’s a chimney that we couldn’t take down, and when we removed the wall and pushed the wall back and captured some space in a mudroom behind that area, it was … an amazing bit of texture to leave and to show the history of the house, too.”

Though the expansion added only 23 square feet to the kitchen (from 197 to 220), “It’s enough of an increase that it really changed the whole feeling,” Peterson says. “The previous square footage was all there, but it was wasted space.”

Nothing is wasted now, and everything is appreciated. “The kitchen has gotten plenty of use and plenty of time to gather and bring everybody around, like we wanted,” Brandon says.

It’s just what Peterson wanted, too — and quite possibly even the home’s original pioneering architect. “It was important to me to renovate the kitchen in a way that made it feel like it was there the whole time,” Peterson says. “I really wanted to honor the home and its history, and considered how Elizabeth Ayer would have updated the home if she were alive today.”

Sun May 8 , 2022
sustainable and affordable dwellings upstate   New York-based architect Marc Thorpe harnesses his experience in sustainable dwellings to launch a Design & Build agency ‘Edifice Upstate.’ The new company is based in the West Catskills and was founded by the architect together with his partner Claire Pijoulat, a co-founder of […] 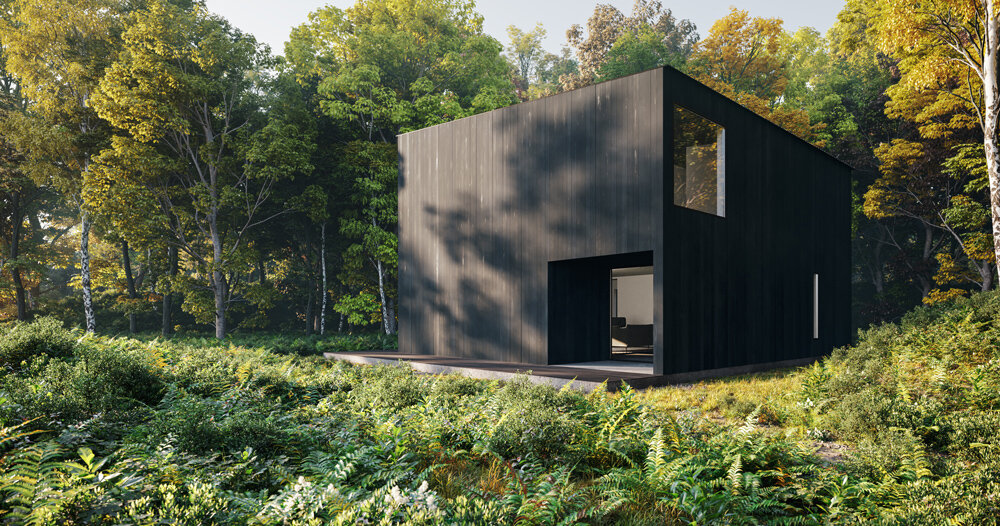