Over the past year, housing prices in Knoxville have grown by double digits and are continuing to rise.

KNOXVILLE, Tenn. — Some people in East Tennessee are hoping a small way of living can be part of the solution to Knoxville’s rising housing costs.

From groceries to gas, nearly everything is costing more these days, including a place to live.

Over the past year, housing costs in Knoxville have grown by double digits and are continuing to rise, according to the Knoxville Area Association of Realtors.

Even so, the supply of homes has not been able to keep up with the demand.

In 2020, University of Tennessee graduate student Caleb Brackney realized he can save big by living small.

“When I come home and lay in my bed, and I remember the first time I did this right when I finished it, and I just started laughing because I thought, ‘This is crazy,'” Brackney recalled.

His journey of converting an old school bus into a 200-square-foot mobile home began with a desire to live affordably.

“I realized I did not want to have to pay for rent for the next couple of years of grad school,” Brackney said.

Instead of picking up another part-time job and paying $800 per month to live with several roommates, Brackney set a goal: build his own tiny home on wheels using money he had been saving for two years.

“I was confined to finding something that’s pretty affordable, and vans start at two or three times that price,” Brackney explained.

He ditched the idea of a van and instead found a 1995 school bus on Facebook Marketplace for $3,000.

“Living in a school bus is a very affordable way to live if you have somewhere to park,” he added.

What Brackney now calls “The Roamer” is usually parked on his parents’ property in north Knoxville, roughly 20 minutes away from the UT campus.

He keeps 50 gallons of fresh water on board and uses a solar generator for electricity.

Low-interest rates during the pandemic pushed more people to look into buying homes.

As demand increased, so did the prices.

“You can expect people to get creative on, ‘Where can I find the right kind of housing?’ So tiny houses, I would think, would be just one example of where people will be looking for new opportunities for housing,” Fox said.

For Brackney, however, being a part of the tiny home movement extends beyond affordable living.

“I wanted sustainability to be the core of design,” he explained.

Sustainability is also the inspiration for his newest project: converting a pontoon boat into a tiny floating home.

“I thought, ‘I would love to explore inflation and how prices are skyrocketing in cities, how people could live on the water more affordably,'” Brackney said.

“A lot of it, it’s laid out similar to a bus, it’s just floating,” Brackney explained.

Just as he did with the bus, Brackney is mainly repurposing materials that otherwise would’ve ended up in a landfill.

“A lot of the times I’m taking pallets that I find in dumpsters or old furniture at garage sales or Facebook Marketplace,” he said.

With more than 500,000 people following his tiny home journey on social media, Brackney hopes his success will inspire others to follow their big dreams of living small.

“What I try to tell people is that once you get that desire to live in a tiny home; if it’s a school bus, or a van, or a box, truck, whatever it is, don’t let that die, knowing that eventually, hopefully, it’ll be worth it,” he said.

Brackney plans on finishing the tiny floating home within the next couple of months.

Although it will be a fully functional home complete with a bathroom, kitchen, and living space, he does not plan on living there permanently.

Brackney said he will be living in The Roamer for at least the next two years.

Coastal plants: 10 best choices for gardens near the ocean

Thu May 5 , 2022
There are myriad choices of coastal plants that are ideally suited to adapt to the conditions of a garden by the ocean. These hardy flora are drought and wind tolerant, adept at handling the strong gusts, salty air, poor soil and sloping sites that often come with an ocean view. […] 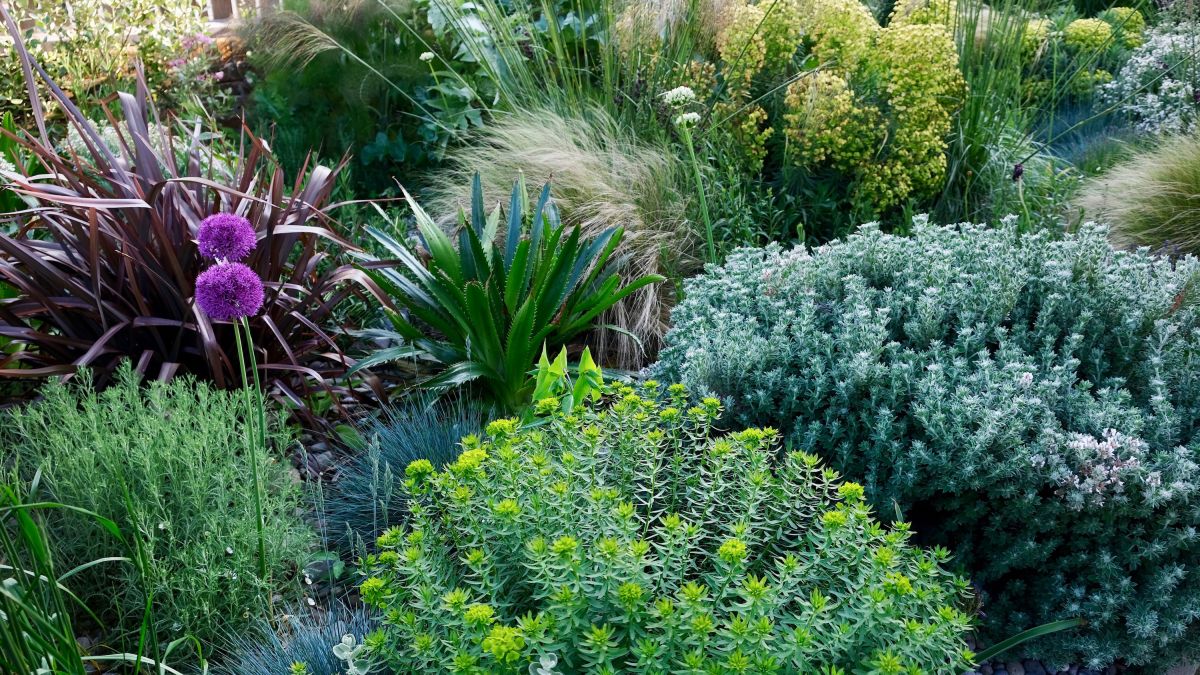