BROOKINGS, S.D. (KELO) – College students pay a lot of fees and tuition for their education, so it can be frustrating when they don’t know how their money is being used by the university. That’s one of the concerns students in SDSU’s Department of Architecture are currently having. They even sent a nine-page letter to faculty and administration highlighting their frustrations.

Each year, architecture students at SDSU pay more than 400 dollars per credit hour and discipline fees but they no longer know how that money is being used.

“And we expect an education that shows that and resembles that we pay a lot of money for this and like Dakota said, things were being denied, we just weren’t getting things and then a lot of the things we do have just aren’t working properly but not being fixed or replaced,” Ymker said.

Since submitting their letter, the Architecture Student Advisory Board has had two meetings with the university provost, which Mathews Schmidt and Ymker say have been helpful.

“But I think one of the biggest things is that it’s kind of been a breakdown within the bureaucracy of the university that we as students have to go to the Provost to then talk about printer issues to then talk about stuff that should be handled by the director,” Mathews Schmidt said.

“I think one of the biggest just things we asked for was to bring an advocate back to the program that we lost in the department head position,” Ymker said.

The students also had frustrations about other faculty members also leaving.

In a statement to KELOLAND News, a spokesperson for SDSU said the administration is committed to finding solutions where possible and working with students to move the program forward. University administration is aware of the concerns brought forward by some SDSU architecture students. We have been meeting with them and are listening to those concerns. We are committed to finding solutions where possible.

“Architecture is an accredited program at SDSU. It started in 2010 to address the growing need for architects in our state. The program has received numerous recognitions and awards and the university is proud of its faculty, students and alumni. The administration is committed to working with our students to move the program forward and continue its tradition of success,” Mike Lockrem, University Marketing and Communications said.

Some East Tennesseans turning to tiny homes for affordability

Thu May 5 , 2022
Over the past year, housing prices in Knoxville have grown by double digits and are continuing to rise. KNOXVILLE, Tenn. — Some people in East Tennessee are hoping a small way of living can be part of the solution to Knoxville’s rising housing costs. From groceries to gas, nearly everything […] 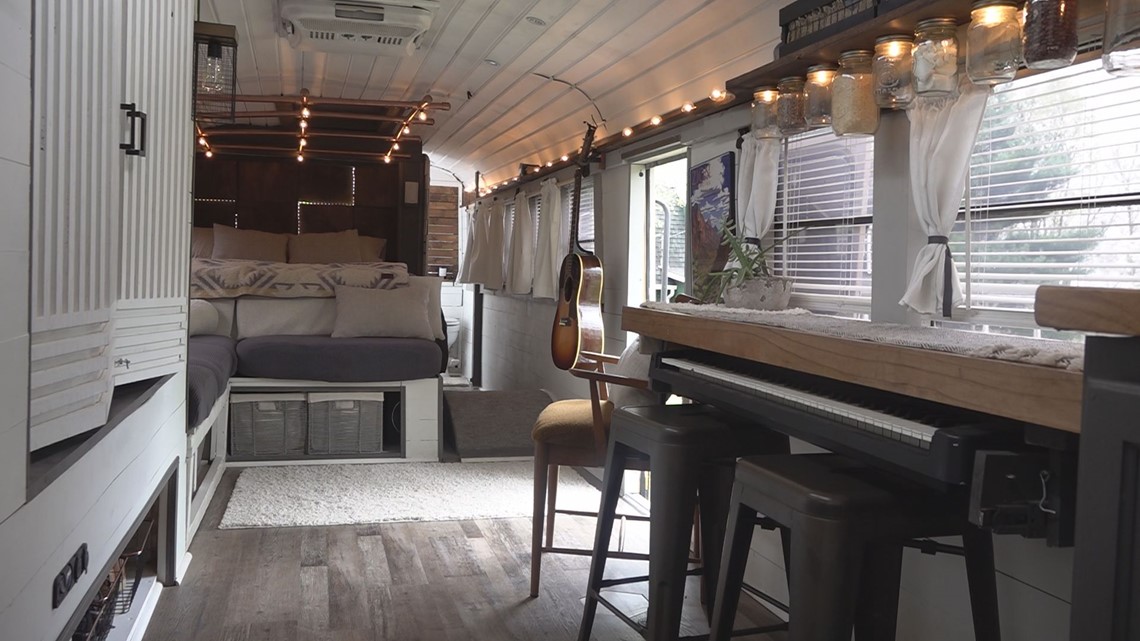