San Francisco is perhaps best-known for two things: its infamous, dripping fog and its colorful homes, painted in every shade, from daring to pastel, of the rainbow.

Today, San Francisco’s Victorians and other color-rich homes face a rising threat: the popularity of gray, a trend that threatens to wash over the unique architectural heritage of the city.

But before we get to gray, our story starts in the late 19th century, when vibrantly colored, grand, ornamented Victorian homes were still springing up around the city.

The vast majority of Victorians were built between 1870 and 1905, many constructed by large building companies, some of which offered loans to potential homebuyers, according to Tanu Sankalia, a professor of architecture and urban studies at the University of San Francisco. Many of these builders marketed their homes to the city’s emerging middle class. While the wealthy lived on Nob Hill and in Pacific Heights, as they do today, everything west of Van Ness Street, including the Western Addition, drew folks of more humbler needs.

One such builder was John C. Pelton, who, in the 1880s, began building what he called Peton’s Cheap Dwellings around the city. According to the book “In the Victorian Style,” by Randolph Delehanty and Richard Sexton, the homes could be constructed for just $585. About $130 went to the “carpenter, labor and nails.”

Pelton had three versions of dwellings, demarcated by the numbers one to three. Dwelling One was a three-room cottage that cost just under $600. Dwelling Two was $854.25, while the more decorated Dwelling Three cost $1,140.

Houses sprung up quickly, but some of them had an overarching problem: They looked too similar. To differentiate among the houses, color came into play.

“That’s one of the first instances where you get colors emerging,” Sankalia said. “Because they were so similar, the question was, how do you differentiate them?”

According to Delehanty and Sexton, the original Victorian paint scheme “was quite simple.” Victorians weren’t yet undergoing a color “boom.”

“White lead paint was used for the body of the building and all its ornament, no matter how elaborate,” they write. Other colors, such as black, green and even terracotta would have been used solely for the window sash.

And now back to gray. According to the authors, even that dark hue was “another favored San Francisco Victorian exterior color,” while the “rich colors” were reserved for the homes’ interiors.

But this wasn’t necessarily the case for all Victorians. In the book “Painted Ladies: San Francisco’s Resplendent Victorians,” authors Elizabeth Pomada and Michael Larsen explain that “painters in the last half of [the 19th century] used different colors to point out the different parts of the house.”

“Some houses looked as if they had been painted in stripes: the ground floor would be one color; the second story another; trim, another; roof, another; and so on,” the authors write.

By the end of the 1800s, Victorians fell ungracefully out of fashion.

“By the 1920s, the very word Victorian was a term of contempt,” Delehanty and Sexton write. “Victorians began to be considered ‘monstrosities.’”

But changes in the city were brewing. By wartime, “there was a strange shift that occurred,” Sankalia said. “There was a lot of surplus Navy gray paint — battleship gray — that was going around,” he said, and the colorful Victorians and row houses began turning monochrome.

“There was the Great Depression, wartime austerity and already a supply of this overstock paint,” Sankalia said. “So it became the choice of paint.”

As the years progressed, San Francisco’s old houses, especially its reviled Victorians, fell into disuse and disorder. The paint peeled, the beams cracked, the windows shattered, and more and more people began moving into the fancy high-rises built around downtown.

But change was brewing once more. By the mid-1970s, housing prices, in a now-familiar theme, had more than doubled in San Francisco, according to “In the Victorian Style.” People began paying attention to the faded Victorians once again, setting their sights on restoring them, rather than building new homes.

“Another part of this process was the migration of young gay men to San Francisco,” Delehanty and Sexton write. “They found that they could make a living buying, restoring, and then selling Victorians, only to buy another salvageable house to continue the process.”

One such artist was Maija Peeples-Bright, who painted one ornamented Victorian townhouse at 908 Steiner St. in a rainbow of bright colors, according to SF Heritage.

“Maija and I are very unbeige,” SF Heritage quotes Peeples-Bright’s husband as saying. “She has dedicated her life to painting bright beasts, all different and unique, on every handy surface. … Against them, beige doesn’t have a chance.”

Other artists and colorists, including Butch Kardum and Bob Buckter, got in on the trend.

“[The psychedelic movement] changes the way you perceive things and the way you want your house to look,” he said. “So I think that’s how it started. And then a few pioneers, like myself, started going out and putting things together. And then people started taking note of it, and then more and more people did it, and then it just grew.”

But there’s more at play here than trends. According to Sankalia, new paints with brighter hues were also being developed in the ’60s. Plus, color served as a visual signifier of resurrection.

“You could use color as a way to resurrect some of these buildings,” he said. “It’s another way to say, these are really cool buildings, it’s also a way to get under historic preservation as well.”

Sankalia argued that in the context of urban renewal, “historic preservation took on an added urgency.”

“Color became another way to preserve these homes and make it known to people that this is a built environment with architectural heritage, and the heritage of the city should be preserved,” he said. “What better way to do that than celebrate it with color?”

Now that we’ve come to know San Francisco homes as colorful, their bright hues have become a part of this city and its history. Preserving the homes — and their colors — serves as a reminder of that.

But back to the grays. Buckter said he thinks the latest desire to paint San Francisco’s once-vibrant homes gray is just a trend.

“It’s ignoring, or being ignorant, of your architecture,” he said. “But you know what? It’s a free world, and if it tickles your fancy, do it.” 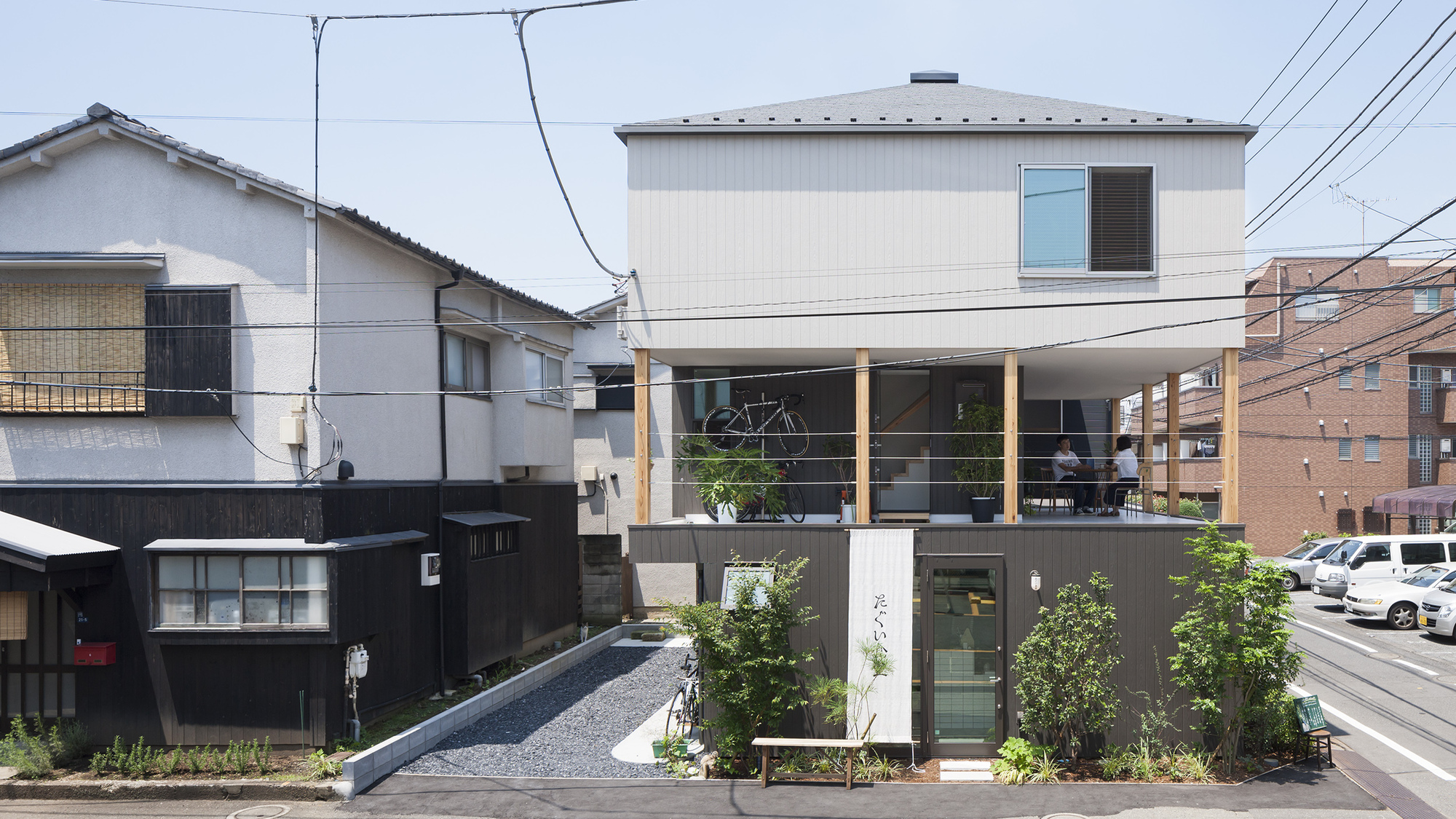