In 1970, everybody knew who Kate Millett was. She had just published her book Sexual Politics, in which she dissected the work of writers such as Norman Mailer, Henry Miller, and D.H. Lawrence to show how men wield power over women in all aspects of public and private life. It made the best-seller list, and made Millett a celebrity, appearing on the cover of Time magazine and the Dick Cavett show — albeit a celebrity vilified as “the Mao Tse-tung of women’s liberation” and ridiculed (in this magazine!) as an “overwrought and undersexed” woman. Other feminists would come to resent her fame; after she came out as a lesbian, some even viewed her as a threat to the movement.

But what’s less known, let alone appreciated, about Millett is her lifelong art practice. She was a painter and a sculptor first, beginning in the 1950s, and later founded a utopian art colony outside of Poughkeepsie with the proceeds of her book. Her art career, however, was viewed as a frivolous distraction by her academic colleagues and was eclipsed by her activism. As she wrote in Sexual Politics, “The fact that two of my sculptures had recently appeared in Life magazine was thrown up to me as proof I was not a serious scholar.” Yet it was through her sculpture that Millett sharpened her voice and honed her message. “If it works, if it succeeds — and how difficult it is in sculpture to succeed — then the object made its own meaning, stronger and better than words could say it,” Millet once wrote.

A number of those sculptures are now on view in “Kate Millett: Fantasy Furniture, 1967,” a new exhibition at Salon 94 Design of the artist’s surrealist take on the items couples share in a domestic space. As the name of the show hints, the sculptures are fantastical — whimsical assemblages of wooden body parts, found objects, and striped fabric — and offer a sly critique of intimacy and coexistence in marriage: In Love Seat, two figures sit next to each other but face opposite directions, like a Victorian-style courting sofa; a tiny dish cabinet has a toilet seat tacked onto the back and is named Bachelor’s Apartment; and in Piano & Stool, two wooden fists hover over the keyboard. “Lots of people buy pianos not to play but to stand in the corner of their living room,” Millett said, pointing out the absurdity of status-symbol furnishings. Early on as a sculptor, she had learned that humor enticed a wide audience. Blue-Eyed Marble Box, a cabinet embellished with a blue-and-white checkerboard, has two secret drawers that open when you pull nipple-shaped handles.

The Salon 94 exhibition restages Millett’s first New York solo show, held in 1967 at the Judson Gallery, a downtown mecca for conceptual artists like Allan Kaprow and Yoko Ono and venue for Fluxus happenings. Millett’s Judson show, named simply “Furniture Suite,” came after years of her struggling to find an audience, like most women artists of her era. “I seemed to be getting nowhere,” Millett wrote of that time. “There were no opportunities to exhibit. It was hard even to earn a living.” But the show was a hit — and anticipated her next one. “It is almost as if she were con­ducting the first round of ‘sculptural research’ for Sexual Politics by playing with the phenomenon of coupling in the most general sense of the term,” writes the art historian Kathy O’Dell in the catalog for “Kate Millett, Sculptor: The First 38 Years,” an exhibition she curated in 1997. Millett herself said the process of making sculpture required a more rigorous, methodical approach than writing. “You don’t just hit upon it like a piece of diction, you arrive at it through days, weeks, years of conceptualization, emotional struggle,” she once wrote. “This visual image must be so irrefutable that it lingers in the viewer’s mind like something memorized, or presaged.”

Though her activism overshadowed her artwork, it’s through her sculpture that you can see Kate Millett becoming Kate Millett. She experienced a resurgence in 2016, when a new edition of Sexual Politics was published and a generation of feminists emboldened by Me Too was eager to learn more about the history of their movement. Her death in 2017 also sparked remembrances and reappraisals of her theories, and a rediscovery of her sculpture is overdue. Until recently, this work has been stored in a barn on Millett’s farm, now run by her widow, and hadn’t been seen publicly in decades. Last year, Bard hosted curator and Millett historian Jenni Crain’s restaging of Millett’s 1972 installation Terminal Piece, and the Samuel Dorsky Museum of Art at SUNY–New Paltz mounted a retrospective of her art practice. By restaging the Judson show, Salon 94 hopes museums will acquire the sculptures. “The only way this work gets into an institution is if somebody like us takes it and shows it,” says Jeanne Greenberg Rohatyn, the gallery’s founder. “And it’s not easy. These works have been sitting for 50 years.”

Millett produced “Furniture Suite” between 1965 and 1967, a period during which she experienced the most consequential moments in her career and life. Soon after she enrolled in a comparative literature Ph.D program at Columbia in 1964, she attended a lecture series named “Are Women Emancipated?” and entrenched herself in feminist activism. She joined the committee of the National Organization of Women and New York Radical Women and found herself questioning her marriage to Fumio Yoshimura, a sculptor she befriended when she was living in Japan in the early ’60s (after they separated, they remained close friends and only divorced in 1985). Meanwhile, Millett became fixated on the murder of Sylvia Likens, a 16-year-old Indianapolis girl who lived in a boarding house and died after her caregiver held her captive in a basement, brutally torturing and starving her for months. The influence of these events seeped into her sculpture.

“For a long time I made sculpture out of a happiness with form itself,” Millett wrote in “From the Basement to the Madhouse,” an essay she wrote in 1988. “And so my early work, Pop and fantasy furniture, was intent upon ingenuity, a Mozartian wit and grace. I had a wonderful time. Then one day in 1966, I came across something in a magazine that changed my life. It also changed my sculpture. Something happened, a devastation of the spirit like the collapse of a building. But the rubble revealed a certain door; perhaps it had always been there.”

Immediately after “Furniture,” Millett’s sculpture turned darker. Just a few months after the show closed, she staged a performance at Judson that turned the gallery into a cage — a theme that she would continually revisit in her sculpture. That sense of captivity quietly surfaces in a few of the “Furniture” pieces. Dinner for One — a found barstool with two forearms clenching cutlery that reach upward from the seat and two legs entangled in the footrests — is one of the final works Millett sculpted in the series and uncannily resembles a trapped body. Its name communicates the loneliness an individual can feel in a relationship, yet the clenched fists breaking through the stool also represent a sense of empowerment, even rage. Same for Bed, an earlier piece that swallows the two bodies resting on it, a clear gap, separation and isolation, between them. “With women, I have always known. That was our life — confinement. Confinement within confinement,” Millett wrote.

Want more stories like this one? Subscribe now to support our journalism and get unlimited access to our coverage. If you prefer to read in print, you can also find this article in the January 31, 2022, issue of New York Magazine. 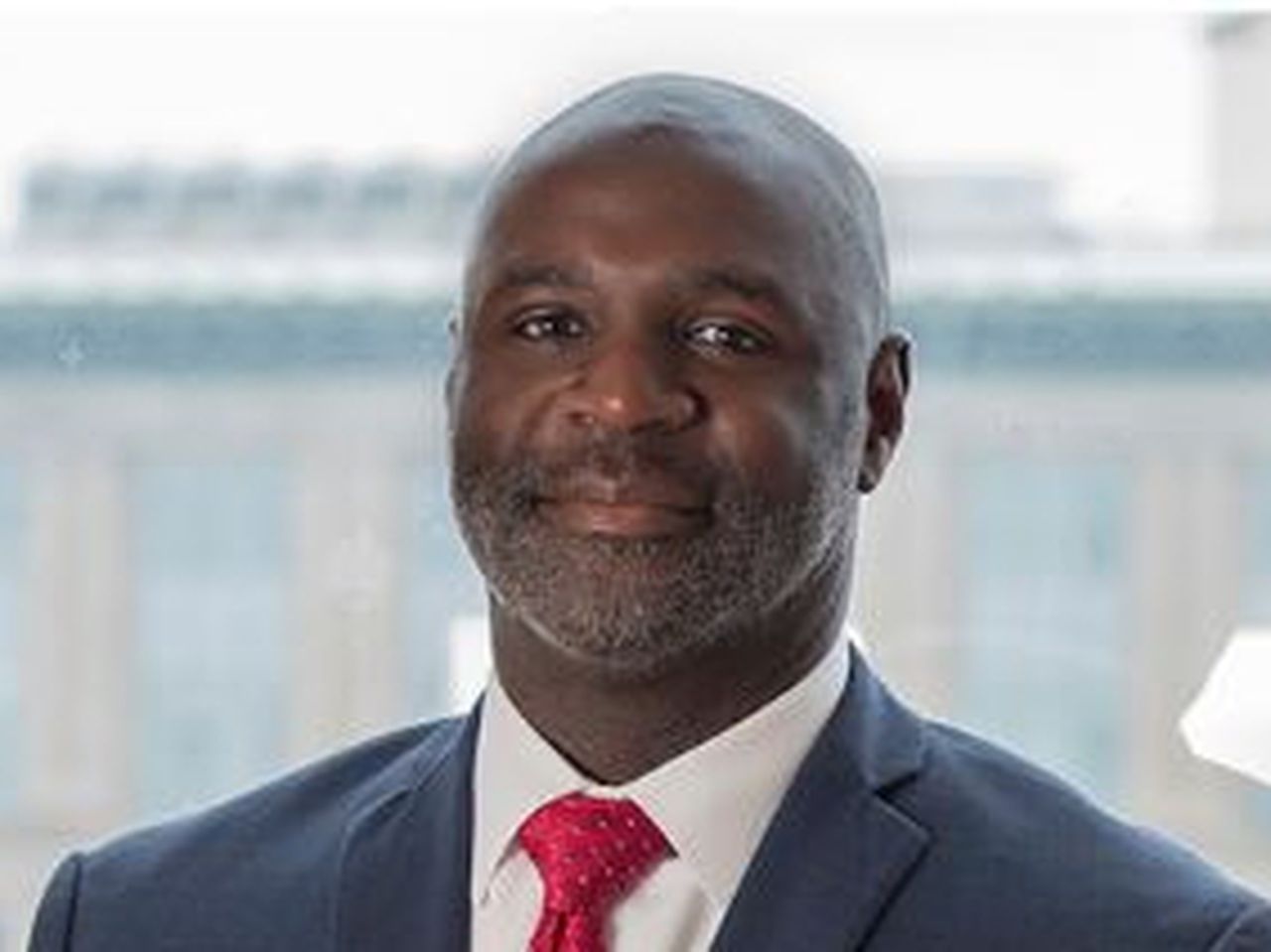