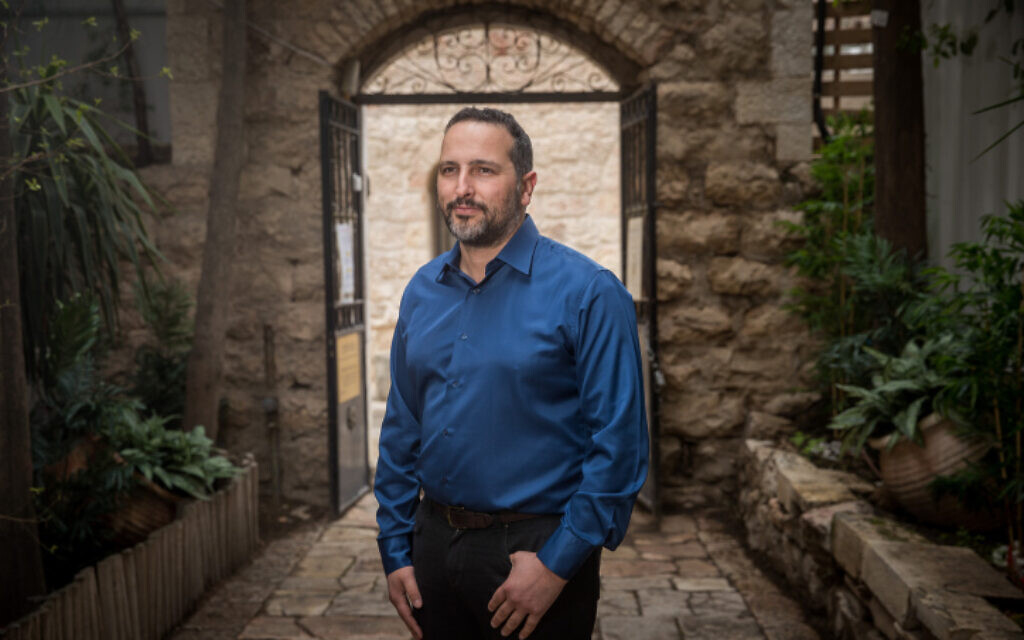 Police believe real estate businessman Eldad Peri was shot dead in Rehovot Friday due to his immense debts, according to a report Friday.

An unidentified source tied to the criminal underworld told Channel 13 news Peri was likely made an example of by criminal creditors, that “whoever doesn’t pay, dies.”

Associates of Peri told the network: “We have no idea who could have murdered him, and we want people to know he was doing everything to pay back his debts.”

Kan news reported that police have made progress in their investigation into Peri’s murder outside a synagogue early Friday morning, and have identified a potential suspect. Police sources told the network Peri had been under surveillance by his killers prior to the murder.

Peri’s real estate business had gone bankrupt over debts of hundreds of millions on shekels, and he himself was in deep personal debt as well.

Police believe Peri was shot multiple times by an assassin who had arrived on a motorbike outside a synagogue frequented by Peri. The killer then fled the scene.

You get Israel news… but do you GET it? Here’s your chance to understand not only the big picture that we cover on these pages, but also the critical, juicy details of life in Israel.

In Streetwise Hebrew for the Times of Israel Community, each month we’ll learn several colloquial Hebrew phrases around a common theme. These are bite-size audio Hebrew classes that we think you’ll really enjoy.

Already a member? Sign in to stop seeing this


You’re serious. We appreciate that!


We’re really pleased that you’ve read X Times of Israel articles in the past month.

That’s why we come to work every day – to provide discerning readers like you with must-read coverage of Israel and the Jewish world.

So now we have a request. Unlike other news outlets, we haven’t put up a paywall. But as the journalism we do is costly, we invite readers for whom The Times of Israel has become important to help support our work by joining The Times of Israel Community.

For as little as $6 a month you can help support our quality journalism while enjoying The Times of Israel AD-FREE, as well as accessing exclusive content available only to Times of Israel Community members.

Already a member? Sign in to stop seeing this