Recipe for Success: The Architecture of Michelin Restaurants

Cooking and architecture parallel one another. Combining ingredients to make a whole, both processes are tied to cultural context, creativity and meaning. While we can understand how cultures have changed over time by looking at how their cuisine has changed, the same can be said of architecture. In both cases, the end products are based around human interaction and are brought to life through experience. 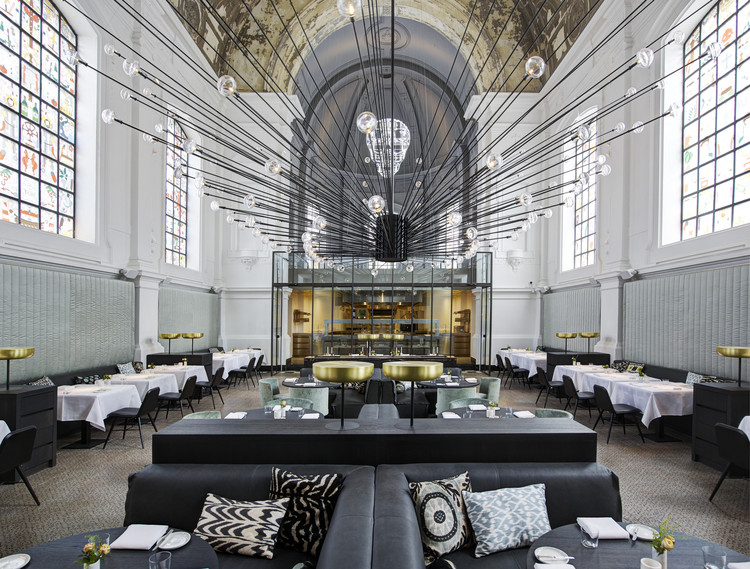 How does architecture influence cooking? To increase the demand for cars in 1900 and, accordingly, car tires, manufacturers and brothers Édouard and André Michelin published a guide for French motorists, the Michelin Guide. These guides have been published by the French tire company since 1904, and they award up to three Michelin stars for excellence. Taking a look at the connections between architecture and cooking, the following restaurants showcase and juxtapose design and culinary experiences. In turn, they represent how the architecture of restaurants influences and shapes acts of cooking and dining together.

Oxalis is located in 4L of Bohua Square and is a French Restaurant. Shanghai Bohua Square is composed of a 60-story office tower and retail commercials. The Oxalis restaurant has a large terrace on the north side facing the Wusong River. The roots of the “Oxalis” name can be traced to 2008, at Restaurant BRAS when Chef Jonas started to work with Michel BRAS where together with the kitchen team, he foraged herbs, plants & flowers in fields around the restaurant. Oxalis was one of the first herbs he foraged.

Back in the 20s, the great-grandfather of the current manager of this family restaurant of traditional food, went every summer to the Valencian garden for serving to the Madrid tourists who came to the Mediterranean coast. Casa Carmela began as a barrack serving as a changing room for bathers on Malvarrosa Beach. At present, Casa Carmela includes 170 seats, excluding the outdoor terrace. The mural decoration in the rooms is covered with Valencian tiles that remind visitors of the tradition and culture of Valencia.

The program is divided between the two existing plants, on the ground floor a more informal, and at the top, a Michelin Star restaurant. This ground floor space as a continuum of the square, with a large opening in front and a continuous concrete floor, becoming a door space between public and market. The layout creates two working parties on both sides of the flow of people: one open, where the layout of the kitchens in perpendicular promotes cooking watch the show, and one closed to the dirty area with access from the outside service.

The cube is located on the rooftop of Milan’s Piazza Duomo, a restaurant that will only seat 18 guests, providing them with a luxurious dining experience. The combination of the view and meal made from Italy’s finest Michelin-star chefs creates a unique dining expeirence. Park Associati of Milan designed the restaurant pod, and Filippo Pagliani and Michele Rossi created a module that can be taken apart an reassembled even under extreme weather conditions without compromising on aesthetics or comfort.

The latest collaboration of Francesc Rifé with Michelin starred chef Ricard Camarena is set in an industrial context of the 1930s. The former Bombas Gens factory that will integrate the restaurant has been rediscovered and converted into a center of art by the Foundation Per amor a l’art, promoter of the project. Divided into two main territories, the dining room occupies a triangular surface providing a valuable perspective of one of the walls of the factory, while the bar is housed under one of the five refurbished sheds.

Michelin-star chef Sergio Herman and chef Nick Bril created their “fine dining meets rock ’n roll” restaurant vision together with Piet Boon over three years ago in a mythical location in Antwerp; the chapel of a former military hospital. Piet Boon Studio, responsible for the interior design and styling of The Jane, since then collaborated in the chapel’s unique transformation into a high-end, contemporary restaurant where experience is key.

A Sunny South End Home with a Two-Story Glass Wall

Thu May 19 , 2022
The double-height living room opens up to a private garden that serves as the perfect outdoor entertaining space. Sign up for our weekly home and property newsletter, featuring homes for sale, neighborhood happenings, and more. Photos by Jack Vatcher 122 W Concord St. #1, South EndPrice: $2,675,000Size: 1,810 square feetBedrooms: […] 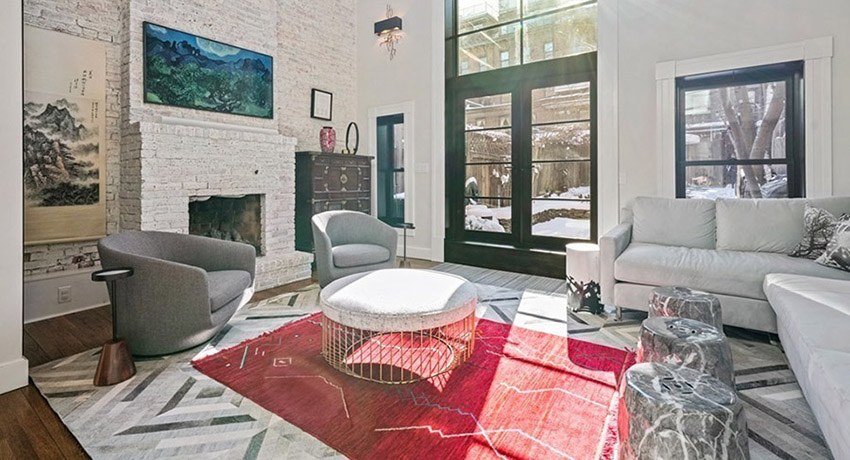