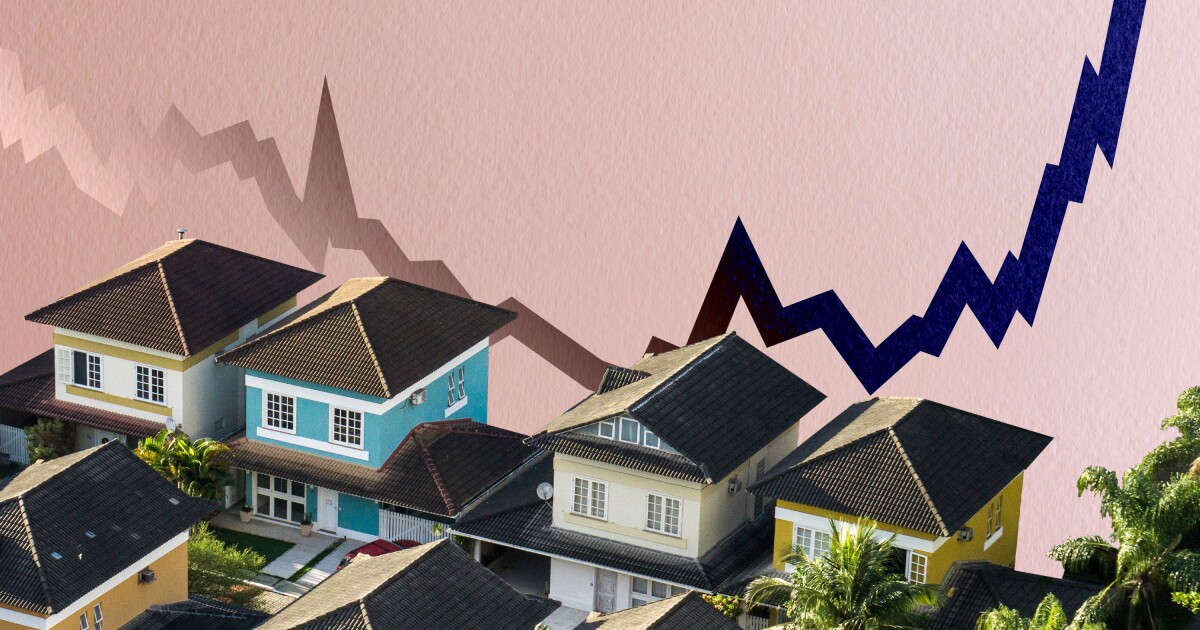 Welcome back to the Real Estate newsletter. By the time I finish writing this sentence, mortgage rates will have probably gone up. By the time you read this, they’ll probably have risen even more.

The pandemic was a boon for home buyers, as mortgage rates hit historic lows and allowed thousands of Angelenos into a market they’d been previously priced out of. But it appears those days are over.

Mere months ago, 30-year fixed mortgage rates were below 3%. This spring, they soared to 4%. Last week, they hit 5% for the first time in a decade, leaving many wondering whether the rise will cool L.A.’s scorching hot market. We asked some experts about the future of Southern California real estate prices.

On the celebrity side, two California football coaches made headlines this week — one as a buyer and one as a seller. The buyer is Sean McVay, who, fresh off a Super Bowl victory, dropped $14 million on a Hidden Hills farmhouse. He joins multiple current and former Rams stars in the area such as Jalen Ramsey, Robert Woods and Matthew Stafford, who owns three houses in the celebrity-filled community.

The seller was Jim Harbaugh, the former 49ers coach who also led his squad to the Super Bowl but couldn’t quite seal the deal. He had a smooth time unloading his Bay Area mansion, though, passing the Atherton mansion for $11.78 million — nearly twice what he paid for it in 2012.

I’m sure you’ve read plenty about the bidding wars plaguing L.A.’s real estate market, but whenever columnist Steve Lopez weighs in, the topic is worth revisiting. He took a look at a house that listed for $1.2 million and sold for $2.5 million, and along the way mused about how ridiculous our market has become.

The third week of the month also brought a new episode of “Gimme Shelter,” The Times’ housing crisis podcast. It’s a fun one, covering the age-old philosophical question of whether we should turn L.A. County’s 2,300 acres of golf courses into affordable housing. Give it a listen.

While catching up on the latest, visit and like our Facebook page, where you can find real estate stories and updates throughout the week.

Mortgage rates are rising. Will it help?

For a decade, rock-bottom mortgage rates helped home buyers steadily bid up the cost of housing. That includes the last few years, during the pandemic, when rates fell to unheard-of levels and home prices exploded across Southern California and the nation, writes Andrew Khouri.

Mortgage interest rates are rising fast, hitting 5% last week for the first time since 2011, according to a widely watched gauge from Freddie Mac. Just six weeks ago, average rates for a 30-year fixed mortgage were under 4%. In November, they were below 3%.

The swift rise, on top of soaring prices, has made homeownership suddenly more expensive. So, if people can afford less, are home prices about to fall?

Fresh off their Super Bowl victory, Rams players are spending the spring making moves off the field. Days after Aaron Donald listed his Calabasas mansion and Matthew Stafford bought part of Drake’s party compound, head coach Sean McVay has picked up a modern farmhouse in Hidden Hills for $14 million.

It’s a logical landing spot for McVay, since the guard-gated, star-studded city sits a short drive from the team’s practice facility in Thousand Oaks. He joins multiple current and former Rams stars in the area, including Jalen Ramsey, Robert Woods and Matthew Stafford — who owns three Hidden Hills homes.

Jim Harbaugh hasn’t coached the 49ers since 2014, but he’s still wrapping up business in the Bay Area. Records show he just sold his home in the affluent enclave of Atherton for $11.78 million.

Harbaugh, who played football at nearby Palo Alto High School in the 1980s, nearly doubled his money on the property. He paid $6.3 million for it in 2012 following the first of his four seasons as head coach of the 49ers before joining the Michigan Wolverines in 2014. He has been shopping the home around for $13 million since last year.

The gated estate spans 1.3 acres in Atherton, a town that consistently ranks as one of the priciest areas in the country and houses tech moguls and athletes such as Stephen Curry and Jerry Rice. It comes with a main house and guesthouse that combine for five bedrooms and eight bathrooms across 8,500 square feet.

Listed for $1.2 million. Sold for twice that.

This is a deal that highlights the insanity of the Southern California housing market, in which legions of people are priced out of homeownership while people with boatloads of hard cash are battling it out in epic bidding wars. (Check out The Times’ Great SoCal House Hunt.)

It’s a case of capitalism run amok, Lopez writes, and it speaks to a culture that keeps putting more distance between the haves and have-nots.

What to do about golf courses?

About 2,300 acres of land in Los Angeles County are dedicated to publicly owned golf courses. With so much space reserved for golf and so much need for affordable housing in L.A., state lawmakers are asking if some of those courses should be turned into homes, writes Liam Dillon.

On the latest episode of “Gimme Shelter: The California Housing Crisis Podcast,” Dillon chats about the value of public golf courses in cities compared to housing and has a broader discussion about the influence that small but impassioned supporters of a sport, hobby or neighborhood interest have on where housing gets built.

His guest is Assembly Member Cristina Garcia (D-Bell Gardens), the author of a new bill, AB 1910, that would dedicate state funding to convert golf courses to housing.

In March, U.S. home sales dropped to the lowest level in nearly two years, but the median price soared to an all-time high: $375,300. That number might seem paltry to Angelenos, however, as Southern California’s median-priced home is $735,000. Reuters has the story.

As California’s youth flock to the desert for the second weekend of Coachella, Insider spoke to a man who made $12,000 in eight days renting out his four-bedroom home in Indio. He said it helps him pay his mortgage for an entire year.

Tue Apr 26 , 2022
The days of ever-worsening shipping delays appear to be over, but new challenges have appeared. For furniture retailers, predictably bad schedules have been replaced by unpredictable ones. “A 20-day transit would be somewhere around 65 days, then it’s 35. And then it’s back to 80,” an expert told Retail Dive. […] 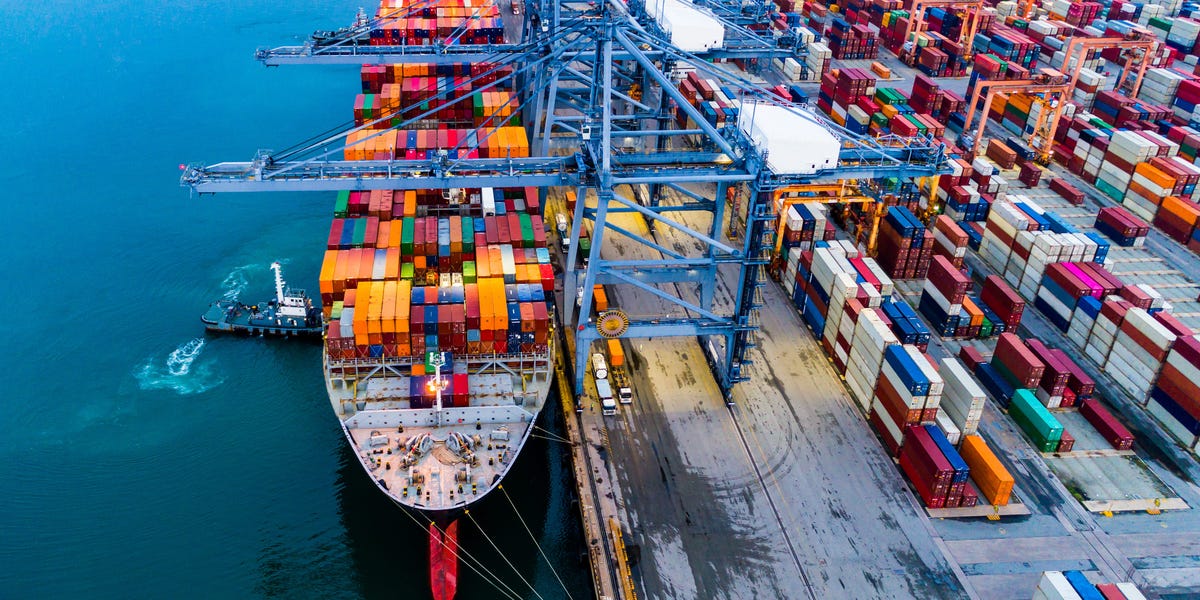