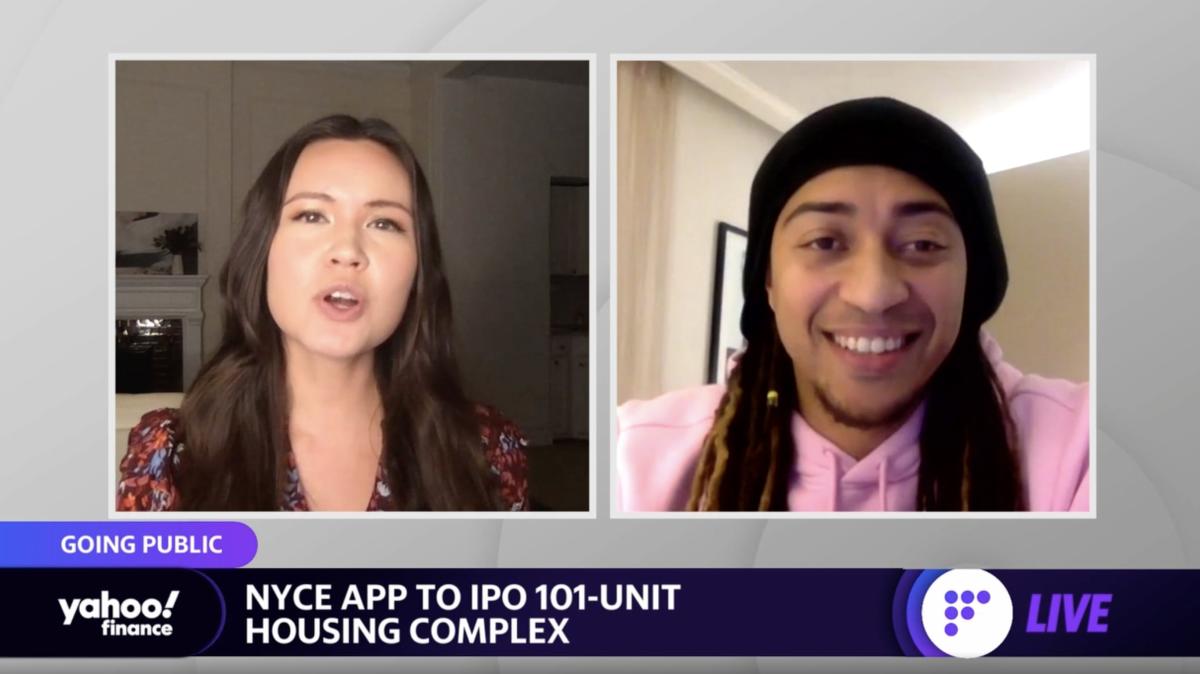 Philip Michael, Founder of NYCE App, joins Yahoo Finance Live to talk about how the app helps investors who are looking to buy property.

EMILY MCCORMICK: Welcome back. If you want to own real estate, NYCE is letting you invest in a piece of a property for as little as $100. NYCE CEO Phillip Michael joins us now for more. And, Philip, this is a property at Temple University in Philadelphia. You first had a public offering for a building at this location back in 2020. And you’re building on this now. Explain how this works.

PHILIP MICHAEL: Right. So the way that it works was that we took it through something called the Regulation CF, which allows people that are so-called non-accredited investors to come in and own a piece of a property that was typically reserved for so-called accredited investors, who are worth a million or more. What our mission is is to help people who aren’t necessarily part of the 1%, but part of the 99%, to come in and own a piece for as little as $100.

We did that. People came in at a million dollar valuation. Three months later, it appraised at $2 million. And then we have more land around the property. It’s a small tech neighborhood, if you will, inside campus. We call it Filicon Square, similar to Silicon Valley.

And people can now– actually, we’re closing it up, buying in the second part, phase two and phase three. And then here in Q1, in terms of the IPO, we will consolidate the whole project into one stock. And then the plan is to list it on LEX Markets, which is NASDAQ power real estate trading platform, where people will be able to get a piece of this development for $100, trade in and out freely. And, yeah, that’s what it is. That they’ll be able to do that, and they’ll have it in their app like TD Ameritrade, [INAUDIBLE], and so on and so forth. So that’s what it is.

ADAM SHAPIRO: It’s genius because you bring liquidity to a class of investors who, one, have been priced out because they’re not accredited. But the liquidity is a big part of it. How much do I make if I go in at $100, though? I mean, this is fractional. So I mean, $100 is only a couple pennies, right?

PHILIP MICHAEL: Absolutely correct. Think about it how it is if you invest in Tesla or Amazon. The rate of return is the same whether it’s me, whether it’s somebody that put in $100,000, or somebody that put $100. So year-to-date, ourselves and our co-investors are up 105.5%. So it’s 2x. Now granted is a high-inflation environment and equities have done well in that environment, as they typically do. So that’s not necessarily a normal case.

But the idea is not necessarily for that $100 to turn into a million dollars, to get people started. Just like retail investors that get into the stock market that haven’t done it before via Robinhood or a number of the other apps that are out there. So that’s what we aim to do. Give people access to alternative asset classes just like real estate and deliver at the same time

PHILIP MICHAEL: Well, it’s really interesting. There’s a high number. It’s north of 80% that are people of color, which is– it dramatically outdoes anybody else’s really on the market. And I think is because we’ve been able to communicate with a particular market of– particularly people of color and minorities. There’s this statistic that says, by 2053, Black wealth specifically will drop to zero, the median Black wealth.

And there’s this rising wealth gap. The number one driver behind that is absence of real estate ownership. So we really wanted to make it accessible to people who haven’t had it, get them familiar with the asset class, and hopefully go out, and yes, of course, learn how to build a diversified portfolio within what you have. But also go out and buy property for yourself because this is where the bulk of wealth is built. So it’s almost like a gateway drug to investing by using our properties in that sense. I hope that answers your question.

ADAM SHAPIRO: You did. And I won’t keep saying genius. But I got to ask you because on one hand, alternative wealth, you know, when you invest– alternative– investments, you’re locking it up. But with this, you have the option of liquidity because you can trade your investment. But is there also– the way like a real estate investment trust would work, are these buildings– are they rental income kick off? And does the holder of the equity within the investment get a fraction of the– I’ll call it the dividend, the payments?

PHILIP MICHAEL: Yes. The short answer is yes. Now we have different type of properties for different types of investment appetites. This one, in particular, was a development project, which means it doesn’t cash flow until it’s stabilized, which means once it’s fully rented out, and then it’ll cash flow. The plan with the stock, once it’s trading, is to have it be a dividend stock, similar to how a rate would be.

So it was actually a really great question. Yes, that’s how we wanted it to be. That was– that’s phase one that we had– that stabilizing the opposite corner is where people could get in, also at the development construction price point, if you will. And then once stabilized, and once it’s trading, they’ll get in to be able to trade in and out while collecting dividends according to their fractional ownership share of the property. Then they’ll get the equivalent– their portion of the rent roll, right? So that’s how it will work.

EMILY MCCORMICK: Do you have plans to expand these kinds of IPOs outside of the Philadelphia area? And, if so what places are you targeting?

PHILIP MICHAEL: [CHUCKLES] That’s a really good question. I really like Philadelphia. We have other properties in other parts of the country. And this is something that we really want to do with this particular type of projects.

Now with a development project, the risk happens on the front end, meaning, if you buy a piece of land, that’s when it’s the riskiest because you have to get approval. You have to get financed. You have to make sure it gets built and then leased out. Once it’s close to completion, a lot of the risk has been removed.

So that’s what we like to do. Put up our own money first, bring it close to completion or even completion. And then we’ll let people buy in so there’s not that long of a time period before they can get into liquidation or collecting dividends, if that’s what they want to do.

To your question, we have properties down in South Florida that we’re exploring– that we’re actually developing in South Florida right now, as we speak– in Texas and other areas like that. I don’t want to say too much. But, yes, we absolutely have plans to do that. I just have to be careful with what I say because it’s not something we filed for yet. But absolutely, that is a plan for the future projects just so people have an exit option. They can have a great experience with this because a lot of them are first timers.

So for instance, this project has over 5,000 people of color who are first-time investors in this particular assets. We want to make sure that there is a straight pathway to getting in returns, cashing in and out, and having that good experience so you hopefully continue not just with us but to build your portfolio because that’s really the cornerstone of having– of building wealth for yourself. So we just want to be the gateway drug for people to get the wealth management and wealth building tactics that the 1% has. We’re bringing it to the 99%. So that’s how we want to do it.

EMILY MCCORMICK: All right. And we were looking forward to more updates out from NYCE. Philip Michael is CEO of NYCE. And we wish you a great weekend.

Tue Jan 18 , 2022
Happy New Year! While ringing in 2022 looked different than it has in past years for many of us, I hope you found something special to commemorate it.  A new year is all about starting fresh. And while that’s mostly taken the form of cleaning and purging for me (as […]