Oakland unveiled the latest solution to its homeless camp crisis Monday — a new community of tiny homes near Lake Merritt that’s larger and has more amenities than the city’s past programs.

Lakeview Village will open within the next two weeks for up to 65 homeless residents who have been living in encampments that have proliferated around Lake Merritt in recent years. Soon they’ll live in the village’s tiny, rudimentary cabins at East 12th Street and 2nd Avenue until they secure long-term housing.

“This is a really important homeless intervention because winter is upon us. The rain is upon us,” City Council President Nikki Fortunato Bas said, showing off the nearly completed site on a wet morning. “We need to get people off the streets and into these shelter opportunities.”

The tiny homes are made by Washington-based Pallet Shelter, which ships prefabricated panels that are snapped together on-site to form small living spaces. Each one has one or two small beds, shelves for belongings, a locking door, windows and electricity. Residents share bathrooms and community spaces, and meals are provided.

It’s the latest example of a growing trend toward single-occupancy shelter models, and away from traditional dorm-style homeless shelters where residents may be more likely to be exposed to COVID-19.

Santa Clara County opened an experimental Pallet Shelter community for 20 homeless families and their children near the old San Jose City Hall annex in February, and Supervisors Cindy Chavez and Otto Lee now want to expand to new locations. The Board of Supervisors is set to vote Tuesday on a proposal asking staff to identify additional county-owned properties in San Jose that could host similar temporary shelters of pre-fab, private units.

San Jose’s City Council voted last month to proceed with private, modular shelter units for people living in encampments in and around Guadalupe River Park. On Tuesday, the council is set to vote on a proposal to allocate $20 million in American Rescue Plan money toward similar projects, with the goal of starting work on 1,000 new transitional housing units by the end of 2022.

Oakland was an early adopter of modular shelters, launching the first in a series of tiny home communities made of converted garden sheds in 2017. But the new site near Lake Merritt is intended to be nicer than those early models, where people complained about being forced to share small cabins with roommates they didn’t know and where some left the program without finding housing and ended up back on the streets.

In the city’s new program, residents will live in private, single-occupancy rooms unless they choose to live with a partner or someone else. The city plans to turn a donated AC Transit bus into bathrooms with showers and flush toilets.

Two housing navigators will work with residents to find permanent housing, and residents will be allowed to stay in the Pallet Shelters until they’re ready to move. The site will have a “community council” made up of unhoused members and other people who live and work in the area to address any issues that arise.

Next door to the new city program, another 15 people from a disbanded encampment at Union Point Park will form their own “co-governed” community. Another co-governed Pallet Shelter site will house 40 people on a vacant Caltrans lot at Peralta and 3rd streets in West Oakland.

It cost $2.4 million to create all three sites, according to Community Homelessness Services Manager Lara Tannenbaum, and the Lake Merritt site will cost an additional $1.3 million a year to run. All those expenses will be covered by federal emergency COVID-19 funds.

But the Lake Merritt community could be short-lived. The shelters are on vacant land where developer UrbanCore is slated to build long-delayed apartments. Construction could start next year if the developer meets a February funding deadline. If that happens, Bas said, the city will move the Pallet Shelters and help occupants transition to another program.

People already living in a large encampment at the vacant lot will get first dibs on beds in the new community, and invitations will then be extended to other camps around Lake Merritt. The city ultimately plans to close those encampments and force any holdouts who rejected a Pallet Shelter to relocate.

Krystal Proctor, 47, has camped on the vacant lot at E. 12th Street and 2nd Avenue since the home where she lived with her mother was foreclosed on a year ago. She’s enthusiastic about having her own private space with a locking door so she can come and go without worrying about her possessions being stolen, she said. And having heat will be a game-changer.

“That’s going to be really, really nice,” Proctor said, as she stood in the rain outside her tent, covering her belongings with a blanket to try and keep them from getting wet.

Sat Nov 6 , 2021
Homes at the Club at Hokulia on the Big Island of Hawaii include such amenities as a clubhouse and … [+] fitness center. Hawaii Life Underscoring the truth to the adage “the rich get richer,” the Hawaii high-end real estate market grew at a record rate through the third quarter […] 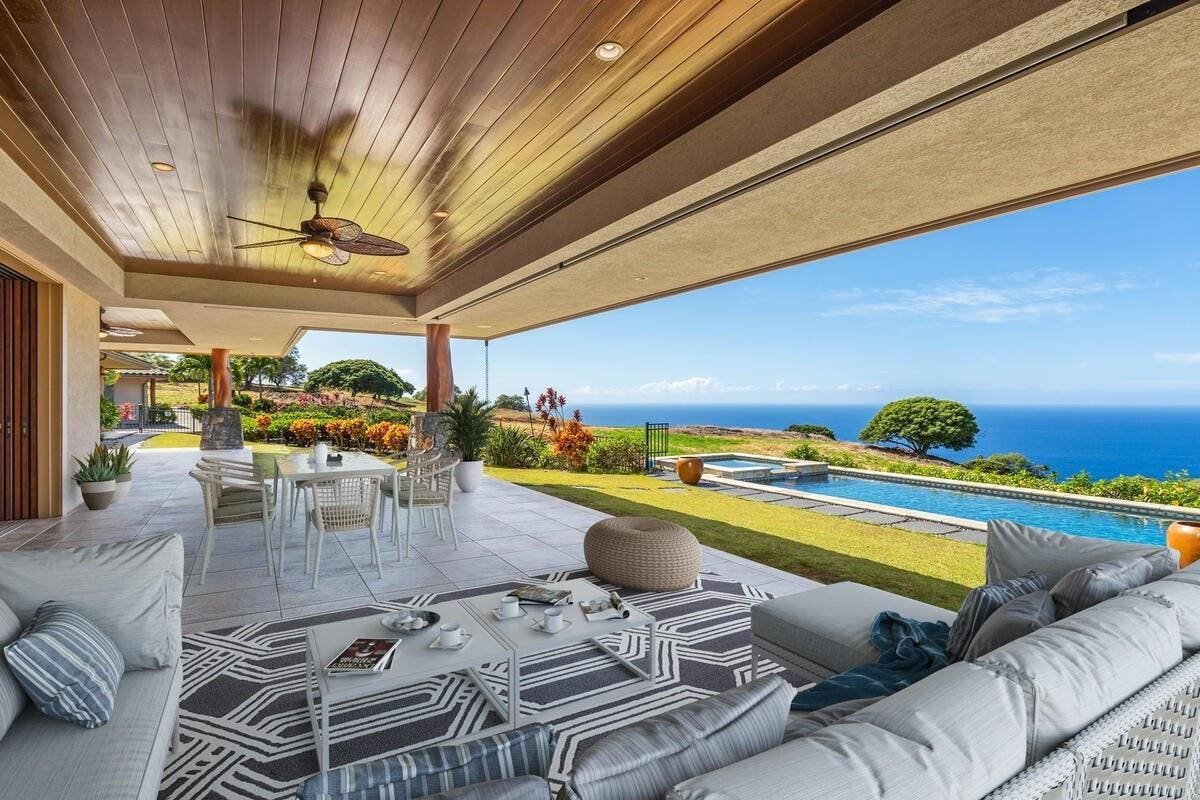