Microsoft is looking to increase its headcount in China for secretive real estate deal.

Microsoft appears to be venturing directly into real estate listings in the world’s most populous country.

The global tech giant is looking to hire numerous software engineers and managers for a team called Bing Rentals in Suzhou, a city of more than 10 million residents in the Jiangsu province, for a product that will aim at helping people find their “dream house” in China, The New York Post reports.

Microsoft has been seeking employees quietly for the “big global team,” and it has yet to publish any press releases on the initiative and didn’t respond to the Post’s inquiries. Microsoft’s careers site shows more than 680 open roles in China.

“We’re transforming the real estate industry into a revolutionary state where all of the rental tasks are done entirely online,” Microsoft wrote in various job listings online in China, as reported by the Post. “Leveraging the great ecosystem Microsoft has been building such as feeds, search engine, browser, and app, this investment has great growth opportunity and will empower people with rental need to find their dream house efficiently.”

In 2020, then-Chairman and CEO of Microsoft Greater China Alain Crozier told China Daily that the tech giant planned to up its employee count in the country from 8,000 people to 10,000 by June of this year.

“We keep investing in China for a lot of reasons, including the quality of the people and the necessity for us to support our customers and partners on innovation,” Crozier told the state-run news organization at the time.

Microsoft’s presence in China, which has run a version of the Bing search engine there since 2009, hasn’t been without its controversies. Microsoft removed more than 1,100 pieces of online content at the request of the Chinese government between July and December of 2021, the Post reported. And Microsoft also agreed to shut down the Chinese version of LinkedIn in an effort to better meet compliance requirements in that country.

“The censorship of these journalists raises serious questions about Microsoft’s intentions and its commitment to standing up against Communist China’s horrific human rights abuses and repeated attacks against democracy,” Scott wrote in the letter, first reported by Axios.

Apple shipped me a 79-pound iPhone repair kit to fix a 1.1-ounce battery

Mon May 23 , 2022
Apple must be joking. That’s how I felt again and again as I jumped through hoop after ridiculous hoop to replace the battery in my iPhone Mini. Part of that was the repair process — mostly, it was how difficult Apple makes it to even get there. Last month, Apple […] 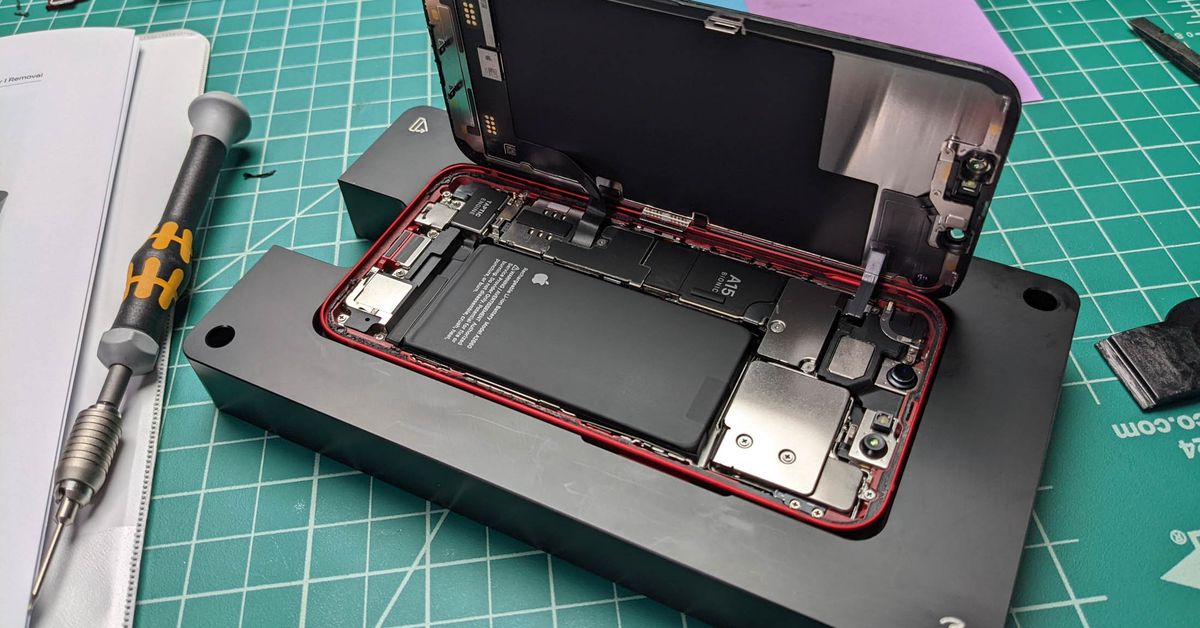