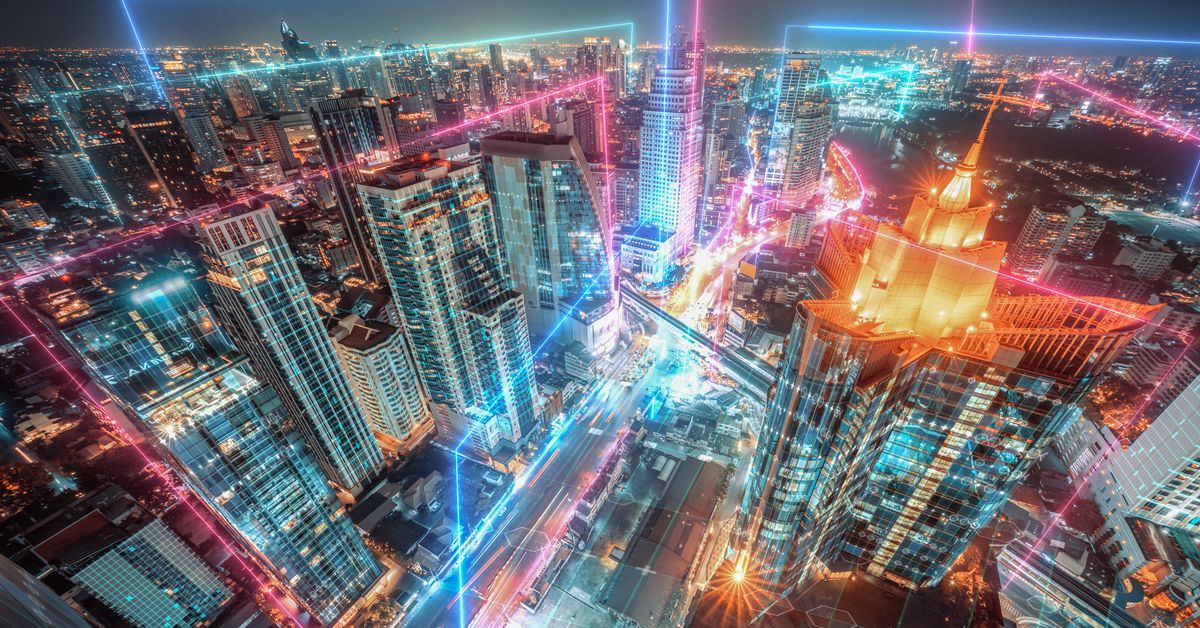 The metaverse is getting hotter. Not hot, like a delicious meal or a Finnish sauna. This mostly fictional, virtual world is getting hot like a real estate market. Because lately, it is one.

If you have enough money and courage, you can now buy up digital tracts of land in the metaverse. Of course, there isn’t just one metaverse. Much like a website is part of the larger World Wide Web, there are countless companies, including Meta (née Facebook), building their own virtual realms where they hope people will soon gather as their digital avatars to play games, buy things, and interact with ads. The emerging real estate market for these three-dimensional spaces in virtual reality — including everything from virtual concert venues and shopping malls to houses and monuments — anticipates a future in which digital property owners can work with brands that want a presence in the various iterations of the metaverse.

One of the first companies to get into the digital real estate business is Metaverse Group, which operates a virtual world called Decentraland. Last week, Metaverse Group’s parent company, Token.com, announced that a “116 parcel estate in the heart of the Fashion Street district within Decentraland” sold for the equivalent of about $2.5 million — a record! The new owner of this estate near Fashion Street could presumably profit if Louis Vuitton wants to open a store there: They could effectively be the brand’s virtual landlord.

Get the best of Recode’s essential reporting on tech and business news.

This Decentraland deal did not, strictly speaking, involve real money. The digital estate sold for 618,000 mana, a type of cryptocurrency used in Decentraland. When you say it out loud, “mana” actually sounds a lot like the first couple syllables of “Monopoly money.”

“Imagine if you came to New York when it was farmland, and you had the option to get a block of SoHo,” Metaverse Group co-founder Michael Gord recently told the New York Times. “If someone wants to buy a block of real estate in SoHo today, it’s priceless, it’s not on the market. That same experience is going to happen in the metaverse.”

All this probably sounds a bit mind-bending. Who would pay real money for the rights to a piece of a virtual world that doesn’t entirely exist yet and will never exist in the real world? Well, if you’ve been paying any attention to the NFT craze or the cryptocurrency boom in recent years, plenty of people are pouring millions of dollars into digital assets with the expectation that others might be willing to pay even more for them in the future. This metaverse land grab is happening under a similar assumption. What makes the metaverse real estate boom all the more enticing, though, is the idea that once you own a piece of digital land, you might be able to make money by leasing it out or selling ads.

In its most basic form, the metaverse concept is not that different from the early days of the web. Starting in the late ‘80s, a common programming language for the web (HTML) enabled people to build websites that hosted content or offered services to users, and eventually, when websites attracted enough of these users, the site owners could sell ads or charge fees to make money off it all. The big difference, of course, is that the web was designed to be free while the metaverse seems destined to be owned by big companies. Just before announcing that Facebook would change its name to Meta, for example, Mark Zuckerberg told investors that the company expected to spend more than $10 billion on its metaverse projects this year alone. It’s hard for anyone to compete with that kind of cash.

Still, plenty of companies are trying. In addition to Decentraland, you can now buy digital land in metaverses with names like Somnium Space, the Sandbox, and Upland. One company called Spotselfie, which currently operates an augmented reality app, will soon let you buy virtual real estate that’s associated with GPS coordinates in the real world through a new feature called Spotland. The idea is that by using tokens issued by Spotselfie — these are effectively cryptocurrency that’s specific to this metaverse, much like the mana used in Decentraland — you’ll buy the rights to a radius around a GPS coordinate, and then if Spotselfie decides to sell ads at that location, you get a cut. The big difference here is that Spotselfie’s metaverse is designed for augmented reality, not virtual reality. To see the metaverse, you just point your phone’s camera at the real-world location, and the Spotland software overlays a digital world onto your screen, ads and all.

This could be the future. If and when mixed reality glasses become a thing — some analysts think that Apple will release a version of them in 2022 — we could be walking around looking at an overwhelming collision of real and digital worlds. And even though a lot of companies are scrambling to stake their claim, it’s unclear exactly who will own that space. Spotselfie co-founder Ray Shingler, for one, hopes that by offering users the option to buy now, his technology will bring some of that democratic, web 1.0 spirit to the nascent metaverse.

“I’m trying to figure out a way,” Shingler told Recode, “where the users are actually getting something out of being in the app, and they actually control the metaverse. Because if you don’t control it soon enough, it’ll be lost to Facebook, or be lost to the Gemini Brothers.” (He’s referring to Cameron and Tyler Winklevoss, who recently received $400 million in funding for metaverse projects.)

Then again, Mark Zuckerberg might be wrong about the metaverse. It’s entirely possible that not that many people actually want to wander around a virtual world, meeting other avatars and buying NFTs with cryptocurrency. Maybe we don’t want to inhabit some boundless digital space filled with ads and designed to track our behavior in ways we haven’t imagined yet.

But if indeed the metaverse is the 21st century’s answer to the web, you can buy your piece of it now. Hurry up, though. The market is virtually hot.

This story was first published in the Recode newsletter. Sign up here so you don’t miss the next one!

Amish home repair in 1971; shotguns scaring starlings in 1946 [Lancaster That Was] | History

Mon Dec 6 , 2021
Excerpts and summaries of news stories from the former Intelligencer Journal, Lancaster New Era and Sunday News that focus on the events in the county’s past that are noteworthy, newsworthy or just strange. 25 years ago In December 1996, a computer expo was scheduled at the Eden Resort and Conference […]