Wong had been nursing a growing apprehension about his work. He knew that his abstractions were good, but also that they were not especially distinguishable from abstractions by countless other artists. He regarded the praise he received online as “a comforting mirage.” For an untrained painter hopelessly far from New York, Facebook was essential, but he feared that it was also an invitation to mediocrity, a “love fest in a dead end kinda way.”

The alternating currents of insecurity and confidence became a propulsive force in Wong’s creative life. After the exhibition in Zhongshan, he pinged Shear. “How does one hop onboard with any of the various factions of ascendant thirty somethings in the global art scene today?” he asked. “It seems like they’re all ascending together. Nobody ascends alone anymore.”

From southern China, though, Wong’s only way forward was alone. He told Shear that he was going to change his approach to painting. The problem with Abstract Expressionism, he said, was that few people could tell whether it was good or bad. He wanted to make use of symbolic imagery, to play with figuration. He reworked some old pieces; in one, he scratched the outline of two people. “Ugliness executed with finesse seems to go over well,” he told Shear. “Late Picasso is always good to go back to for that.”

Wong’s paintings became stranger, cruder. Uncanny forms—semi-organic shapes, with stray kinks and curves hammered flat—assumed an unlikely congruity. They appeared first in his morning ink exercises, which began to mature into consequential works in their own right. (After his death, they became the subject of a show in New York.)

Wong lost some followers who were committed to his earlier work. But important fans remained. When he posted a painting in this new vein on Facebook, he got a complimentary response from John Cheim, whose gallery, Cheim & Read, represented several accomplished artists. In the painting, called “Memento,” a dark, twisted mass stood against a yellow background, resembling cracked soil. There was angst and fury in the central form, with some features that were legible—a face partly obstructed by wild hair, some prisonlike netting—and others that weren’t. It wasn’t necessarily a museum piece, but it was good, and people on Facebook affirmed it.

He wondered how to further advance his work. “Painting a good piece doesn’t alleviate anything,” he wrote to Shear. “First thought: ‘Ken I doo eet agen?’ ”

“Hehe I struggle, too,” Shear wrote.

“Everyone is crying best piece ever,” Wong said. “That’s actually the worst feeling in the world lol. I believe not in God, but I believe in signs from the ether. Stuff like this is sobering. It tells one, ‘Now imagine if you were a blue chip artist—this feeling is magnified and intensified a thousand times over every time you pick up a brush.’ ”

Wong was learning in public, creating and posting images at tremendous speed. “It was shocking how every day he just kept making leaps in his work,” Dutcher, the painter in L.A., told me. But Wong sometimes posted pieces even before they were finished, and the quality varied. When a well-known artist suggested that he slow down, he was irked. Terrified that painters in Brooklyn might mock him, he obsessively deleted images of paintings that he had reworked, telling Shear, “I feel like I’m pretty exposed to the winds right now, just a weird shiver down the spine.”

In October, 2015, Monita helped Wong secure a three-day show at a government-run art center in Hong Kong. He filled the space with forty pieces, and this time with many more friends. One threw him an after-party. It was Wong’s first genuine exhibition. The venue was not prominent, but he sold his paintings, which provided him a little money to make more art.

Afterward, Monita told me, Matthew fell into another deep depression. It is not entirely clear why. Around this time, according to a friend, he had learned that his ex-girlfriend was engaged. In response, he painted that whole night. He once confessed to another artist that Monita had chided him, “You’re never going to have a girlfriend. Nobody will be able to please you. You’re a prince.” Monita says that she maintained a pragmatic attitude—she told him that, given his struggles, he should never have children—but that she hoped he would find a woman.

For months, the depression did not abate. “It’s pretty pervasive in my overall life right now,” Wong told Shear in January. “I don’t even really feel like fighting or resisting it, this darkness. The weird perverse part is I’m painting in the midst of it all. Even as my attitude is only one of futility, the game plays on.”

Monita took Matthew to America for a months-long stay—an escape, a quest for momentum. Shear had arranged a joint show for them, titled “Good Bad Brush,” in Washington State. Matthew and Monita also visited Texas, Michigan, Los Angeles, and New York. While travelling, Wong made art every day. But, even as his environment changed, his melancholy remained. He was barely earning money, and his oil paints and canvases remained in China. “I’m feeling really terrible, shaking and shit,” he told Shear. “Walk two steps then I get nauseous and dizzy.”

Visiting a friend in Edmonton, Monita decided that they would stay, reasoning that Matthew would benefit from the Canadian health-care system. Put on a waiting list to see a therapist, he continued to seek relief through ink drawings, watercolors, gouaches on paper. A few weeks later, Shear shared a painting from his studio. “Very nice,” Wong said. “In the middle of an anxiety attack.” Twenty minutes later, Shear checked in on him. “I’m fine,” Wong assured him. “Just did a painting.”

Two years after Wong was inspired by the paintings at the Venice Biennale, the exhibition’s curator showcased a curious artifact, called “The Encyclopedic Palace.” It was an eleven-foot-tall architectural model, built in the nineteen-fifties by an auto mechanic in Kennett Square, Pennsylvania (“The Mushroom Capital of the World”). The structure had taken years of obsessive work to construct—out of wood, brass, celluloid, hair combs—with the hope that it would inspire a museum on the National Mall which housed all human knowledge. Instead, it languished for twenty-two years in a storage locker in Delaware, until it was transferred to the American Folk Art Museum. The exhibition at the Biennale caused a stir, and the art world responded. “Outsider” artists began to appear with increasing frequency in galleries and museums.

The term “outsider art” is almost impossible to define, but its origins can be traced to a trip that Jean Dubuffet took to Switzerland, in 1945, to visit psychiatric hospitals, seeking art made by patients. He called what he found “art brut”: “raw art,” which was “created from solitude and from pure and authentic creative impulses—where the worries of competition, acclaim, and social promotion do not interfere.”

In that sense, Wong both was and was not an outsider artist. He had an M.F.A., but he had taught himself to paint. He worked out of compulsion, but he also cultivated an audience and a community of peers. He was caught between East and West: he had once noted, “I’m trying to see where I can fit into the Chinese painting equation,” but he was primarily seeking entry to the New York art world.

From Zhongshan, Wong wrote to Shear, “I’m technically an outsider artist. Are you?”

“I never got my test results,” Shear wrote.

While looking for a way to show in New York, Wong learned about White Columns, a nonprofit space specializing in artists who are not formally represented. On John Cheim’s recommendation, he submitted images of six paintings by e-mail, with a request to stage an exhibition. Two hours later, the director, Matthew Higgs, responded. He explained that White Columns was booked through the next year, but that he was curating a group show in September, 2016, for an East Village gallery called Karma. Focussed on landscapes, the show was titled “Outside”—“as in ‘the outdoors,’ but also to allude to an ‘outsider’ aesthetic /attitude/spirit.” He invited Wong to include two of his paintings. One featured a naked man, possibly Narcissus, gazing into a pond; the other portrayed a man on a rock masturbating to a woman. Rendered in acrylic, they had the raw but honest figuration of an untrained painter.

Sat May 14 , 2022
The ArchDaily Architectural Visualization Awards are now Open for Public Voting Share Share Facebook Twitter Pinterest Whatsapp Mail Or https://www.archdaily.com/981602/the-archdaily-architectural-visualization-awards-are-now-open-for-public-voting Architectural visualizations have reached unthinkable levels, being a great source of inspiration and a fundamental part of the design process in architecture. This is why we are proud to announce […] 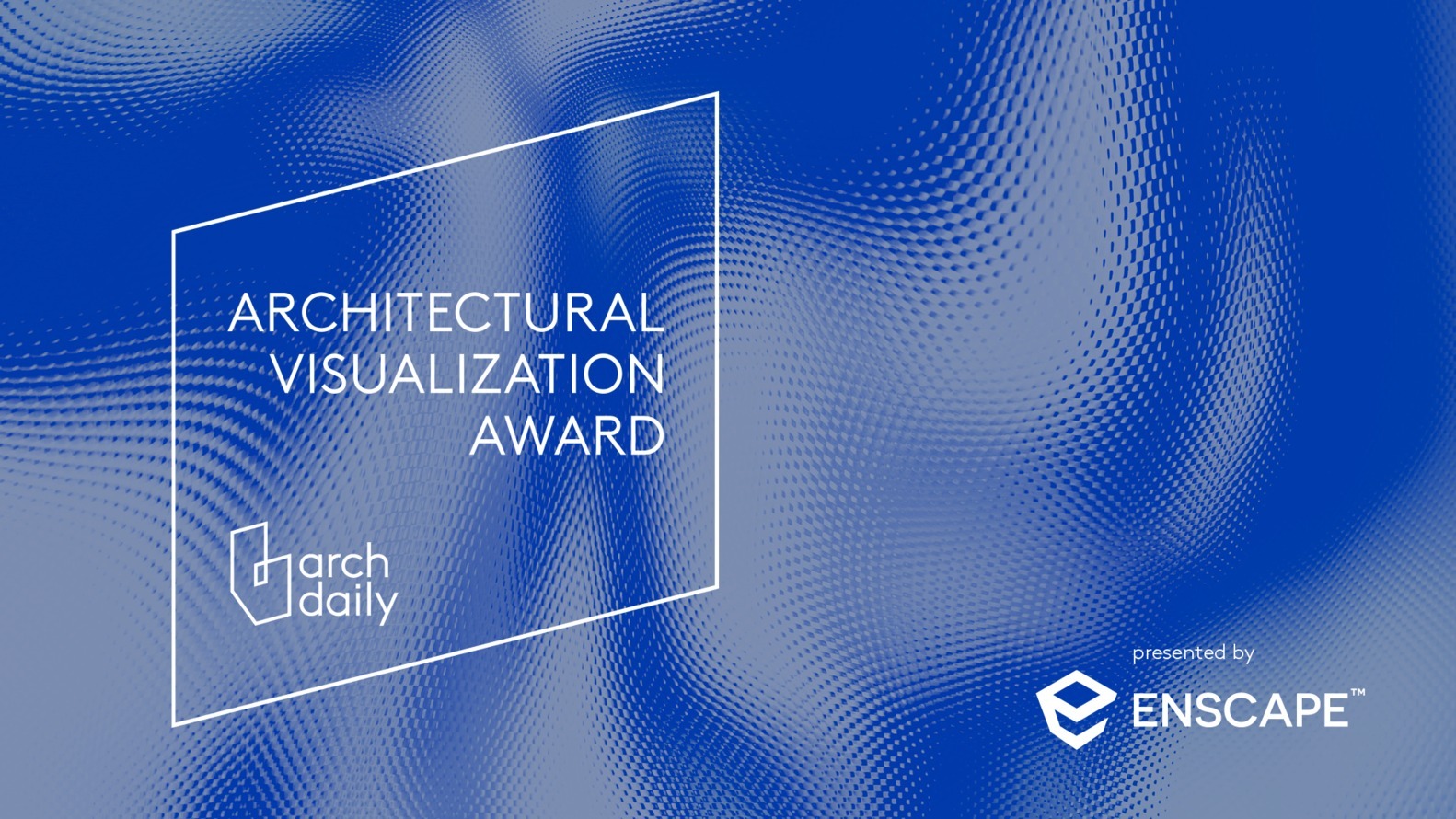