The booming real estate market could generate a roughly $90 million surge in new property taxes for the city of Jacksonville, double the annual growth the city has experienced in recent years, according to preliminary figures.

City Council member Danny Becton, who is vice chairman of the council’s Finance Committee, disclosed the scale of the expected jump in taxes when he argued unsuccessfully for a resolution urging Mayor Lenny Curry to use a lower property tax rate in crafting the 2022-23 budget.

The city has used the same property tax rate since 2013. Even if the tax rate doesn’t change for next year’s budget, many property-owners will see bigger jumps in what they owe compared to prior years because the taxable value of their homes and businesses is going up at a faster pace.

Becton said that will make it harder for residents and business owners to keep up with other expenses hit hard by inflation.

“It’s a domino effect that has to be addressed somewhere and as taxes go up, these costs are only going to get passed on to the consumer,” he said.

Whether selling, buying or renting:Here’s your guide to Jacksonville’s housing market

Tax picture in 2021:Save Our Homes and school tax rate cut will keep Duval County bills in check for homeowners

The City Council on Tuesday rejected Becton’s resolution by a 16-3 vote against it. Rory Diamond and Al Ferraro joined Becton in calling on Curry to use the rollback tax rate that would drop the property tax rate.

The resolution would not have been binding on Curry, but Becton said it would send a policy signal to him on where the council stands.

Curry’s administration told council members during committee meetings last week that Becton’s resolution is premature since Curry still is working on his proposed budget that he will unveil in July.

“Quite frankly, you’re urging us to do something that’s unnecessary because as soon as we hand it [the budget] to you all, you can do as you will and we’ll work with you on that process,” Chief Administrative Officer Brian Hughes said.

The city has had the same property tax rate of $11.44 per $1,000 of assessed taxable value for nine straight years. Curry has used that tax rate in every budget he’s put forward since becoming mayor in 2015.

While the city tax rate has stayed the same, the growth in the tax base has enabled the city to generate more property tax revenue each year without raising the rate.

Taxable value for property in Jacksonville — excluding the Beaches and Baldwin —totaled about $70.6 billion on June 1, 2021, which was an increase of 5.6% over the prior year.

The final tally in October 2021 put the taxable property value at $71.9 billion. The preliminary projection by the property appraiser’s office for this year shows growth to just over $80 billion for an increase of 11.3%.

Becton said in the past, the city has collected about $40 million to $45 million more each year in property taxes, but that will rise to about $90 million for the 2022-23 budget based on the current tax rate and early projections for the size of the tax base.

The hot housing market has helped to propel the growth in the tax base as new construction comes online and existing homes are sold.

The median sales price for a single-family home in Duval County during January was $291,500, an increase of 24% compared with January 2021, according to a USA TODAY Network localized analysis generated with data from Realtor.com.

The Save Our Homes amendment in state law will shield homeowners with homestead exemptions from the full impact of the spike in market value when it comes time to pay property taxes, but the protection will be less than in past years.

Save Our Homes restricts the annual increase in assessed value for such homes to 3% or the annual inflation rate, whichever is less. Last year the cap was 1.4%, but with inflation zooming upward the cap this year will be at 3%.

The cap means that even if the city keeps the same tax rate, homeowners covered by Save Our Homes won’t see their property taxes rise by more than 3%, regardless of how the housing market has escalated home prices.

Non-homestead properties don’t have that same protection so their owners will see the hot market having a bigger impact on the size of their tax bills.

The city has not calculated yet what the rollback rate will be for the coming year. The rollback rate is the property tax rate that collects the same amount of taxes as last year, excluding the value of new construction.

Best furniture deals at Amazon ahead of Amazon Prime Day

Thu Jun 2 , 2022
Amazon Prime Day 2022 likely won’t be until July, but there are already great deals on furniture available now. Amazon Furniture often goes on sale for Amazon Prime Day, which is happening in July 2022. But in the meantime, there are plenty of great furniture deals at Amazon right now. […] 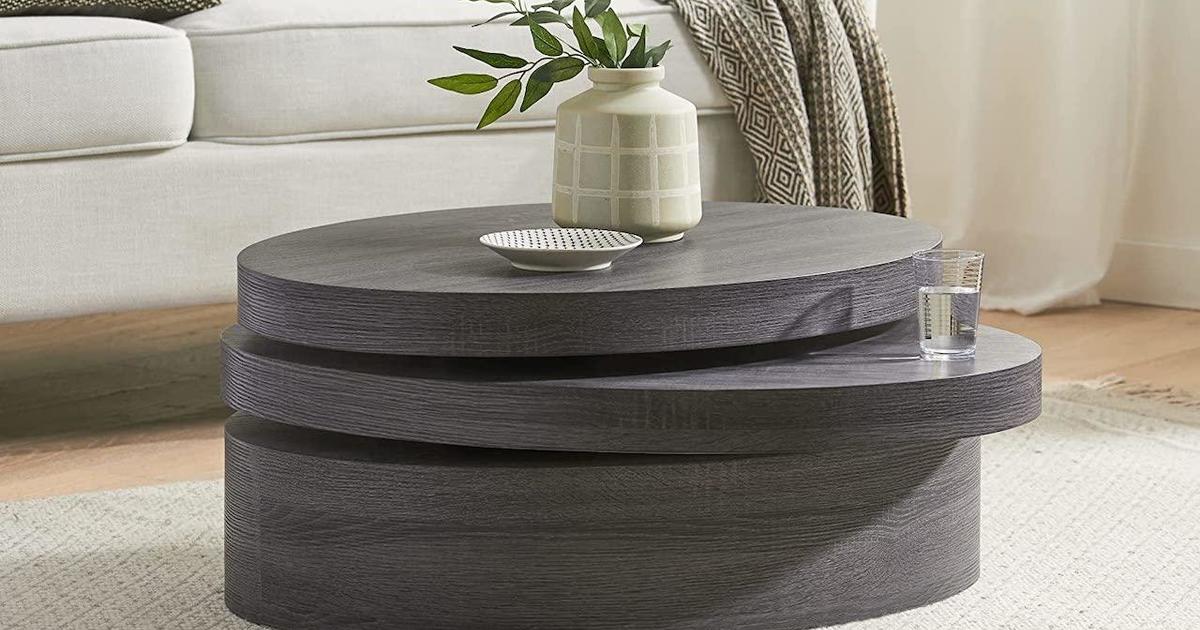