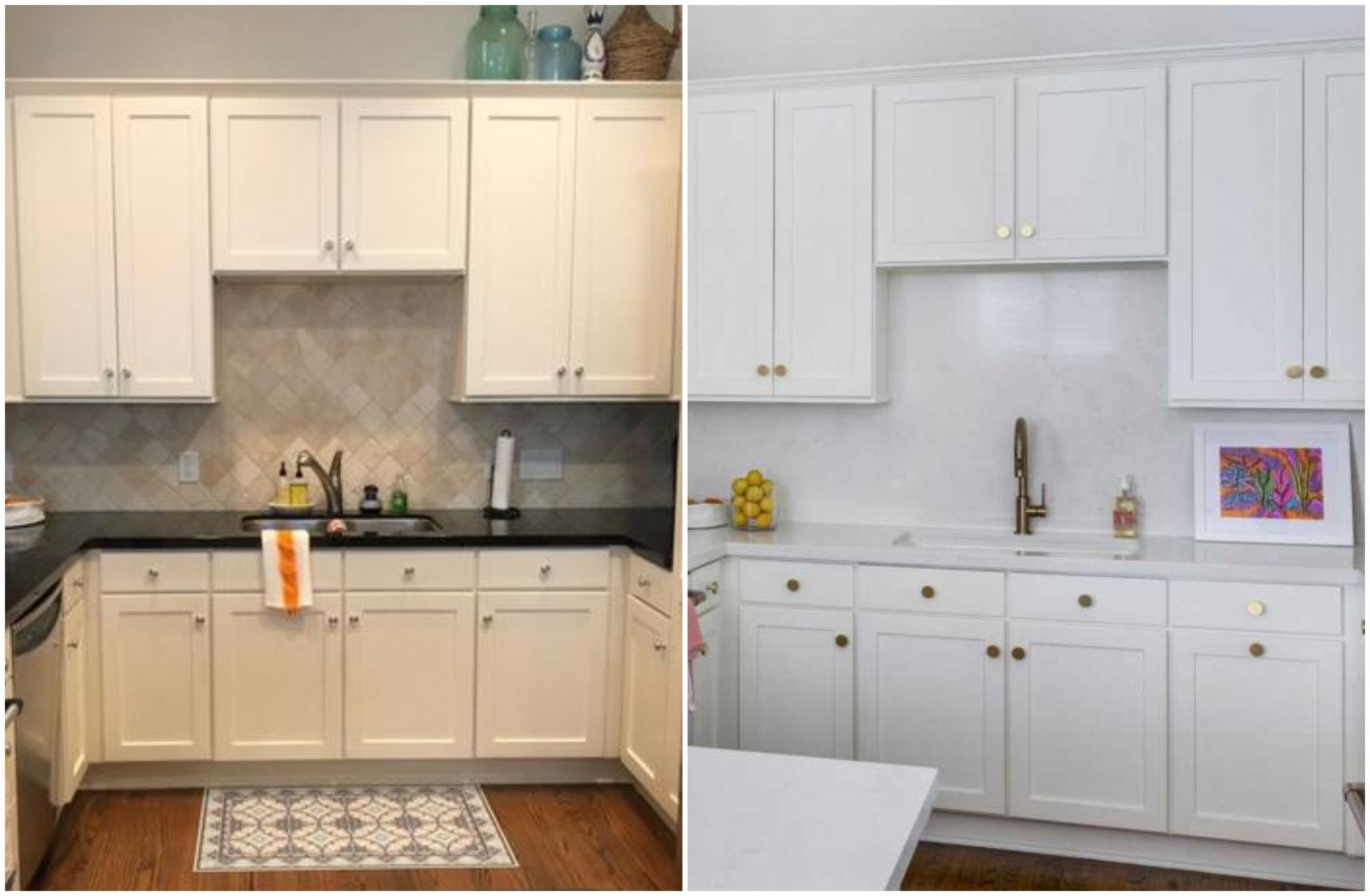 Claudia Kreisle was shopping for a bigger house, but all she found were huge price tags with tax bills to match.

Her 1,485-square-foot townhome on the edge of River Oaks, she decided, would have to be enough — she’d make this one exactly what she wants.

While she loves to entertain, Kreisle doesn’t cook. That brought a different approach to remodeling her kitchen and envisioning what “entertaining” would mean. Interior designer Mary Patton of Mary Patton Design made sure she could accommodate plenty of people in her living room and could seat at least eight at the dining table.

It also meant that the kitchen’s small desk area — which Kreisle had not used since she bought the place in 2010 — could become a bar.

An Austin native who moved to Houston for her job, Kreisle is in charge of the social impact team at Phillips 66, overseeing their work in philanthropy, volunteerism, corporate sponsorships, scholarships and community relations.

Her family has deep roots both in Texas history and American history.

On one side of the family, her ancestors were among the first Europeans to arrive in America, including John Harwood, who was the governor of Martin’s Hundred, a Virginia Company of London settlement established in January 1619 east of Jamestown.

Her Kreisle ancestors left Germany in 1845 when Texas was still a republic, and by the time they arrived three months later, it had become America’s 28th state. They lived briefly in Victoria and Goliad before settling in Austin in 1871, going into business with Joseph Hannig and his wife, Susanna Dickinson, one of the few Alamo survivors.

Work on Kreisle’s townhouse began in October 2020 — before construction materials and furnishings became too hard to get — and she held her first event, a wedding shower for a co-worker, the following June.

While the kitchen and bar area had some construction, much of the work was about refreshing the space with new furniture, paint, brass hardware, lighting and a little wallpaper.

Before, her kitchen was an ordinary space that you might see in any apartment — too small to have an island, and with white cabinets and a black granite counter; a smallish range and a microwave installed above it.

Now, the microwave is in an easily accessed cabinet and a custom range hood fills the spot where it once was.

When Patton urged Kreisle to get a white range, Kreisle’s immediate reaction was that it might look like something her grandmother had or be so trendy that she’d quickly regret the purchase.

When she looked at GE’s Cafe Collection, though, she was sold. High-end appliance manufacturers, such as the French Lacanche or La Cornue, come with a five-figure price tag, while the very attractive GE range costs considerably less.

“When Mary showed me the picture of the stove, I was all in. This was not the white appliances I thought she meant,” said Kreisle, who is 41. “It’s almost decorative, so I said, ‘Let’s do it and make it a really pretty kitchen.’ Everyone comments on it.”

Her new bar is a sparkling gem, with a satellite-style light fixture and brass-and-glass Rejuvenation shelving mounted on top of antiqued mirror subway tile that runs up the wall. The mirrored tile was less expensive than buying a whole sheet of glass.

Since it’s a townhome, her first floor is a garage, but they added gray and white cement tile to the floor, installed new carpet and painted the handrail up the stairs black.

The second floor contains the main living space — kitchen and dining/living area — and saw the bulk of the work. The walls are a brighter and crisper white, Farrow & Ball’s “All White.” New window shades and draperies softened the whole room.

In the dining area, they kept Kreisle’s faux bamboo chairs and reupholstered the seats, then added a pair of custom-made hostess chairs upholstered in blue velvet. A new table from Vieux has an acrylic base and white lacquered top.

Behind it is the small buffet that Kreisle already had, a piece made prettier with a new black lacquer finish. There’s Asian diptych art hanging over it, and Patton added a pair of sconces on each side.

“The art was my grandmother’s, and I have loved it from when I was a little girl,” Kreisle said. “It came with me and has always been one of my favorite pieces.”

Kreisle’s faithful companion Scotch, an 11-year-old orange tabby, loves the dining room, too, and most of the time can be found hiding out at the table base — because it’s acrylic and he can see through it — or on one of the chairs.

He was a big factor in how colors and fabrics were chosen: His fur needed to blend in so it didn’t look like there was cat hair on the floor or furniture all of the time.

Before, the built-in entertainment center was the same color as the walls, and a plain sofa and pair of chairs filled the room.

Now, a sofa with an end piece that stretches out like a chaise shares space with armchairs upholstered in blue cheetah print, a pair of ottomans with a cheerful lemon pattern in the upholstery and a modern wood and glass coffee table.

Ottomans covered in a lemon pattern weren’t part of the original plan, but when Patton took Kreisle fabric shopping, Kreisle saw it and said, “I wish I had a bigger house so I could put it somewhere.” Patton suggested the ottomans, and they’re the perfect sunny touch in the room.

The entertainment center is painted pale blue to match the dining chairs. Underneath it all is a custom-cut antelope-print rug.

This floor’s powder bath got a major boost with Schumacher’s “Queen of Spain” wallpaper in soft blue and white, a new mirror framed in green glass, lighting and brass hardware.

The guest bedroom, now with a fresh coat of white paint, features new bedding, art and a pretty light fixture where there used to be a ceiling fan. Round acrylic bases were added to a pair of lamps from Target, making them look like a designer find.

“I wanted it to be chic, unique and sophisticated,” Kreisle said. “I didn’t want anything trendy because I won’t do this again for a long time.”

The architecture profession is "undervalued and underpaid" says reader

Thu Jan 20 , 2022
In this week’s comments update, readers are debating plans by SHoP Architects’ employees to form a union of architecture workers in response to an alleged culture of “endless overtime and deadlines” and discussing other top stories. Employees of New York-based SHoP Architects have announced plans to form the first union […] 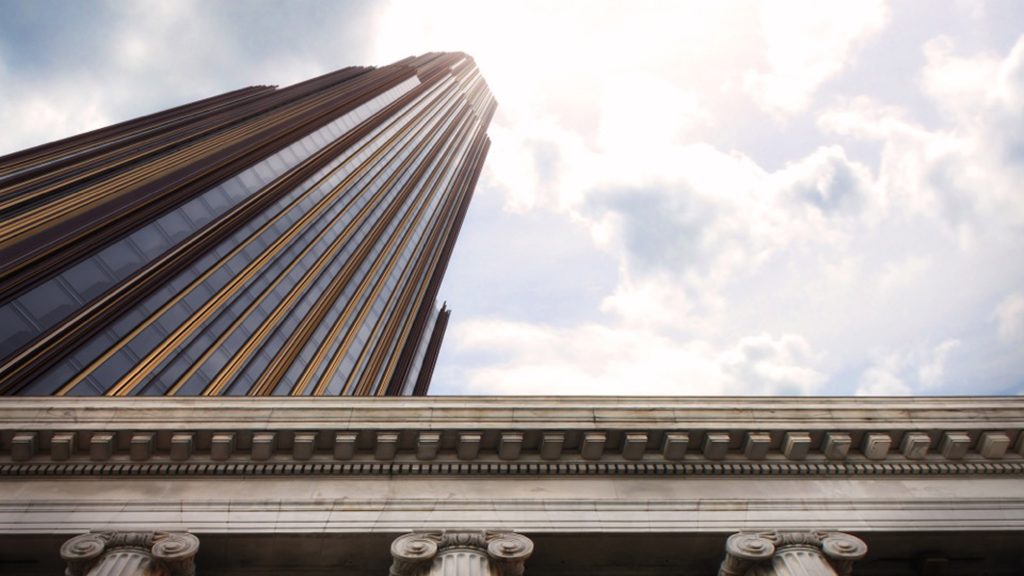