For many New Yorkers, the aspiration to live in a SoHo loft is driven by an unmitigated love of brick. In fact, the more exposed it is, the more desirable it seems. That was not the case for macro-influencer, blogger, and fashion designer Danielle Bernstein (whose popular clothing line We Wore What has drawn recent controversy for allegations of copying). When she and her boyfriend decided to move in together this past year—into a SoHo loft—they knew they wanted something “that really felt unique from New York City.” So, with the help of Lauren Piscione of LP Creative, Bernstein devised a plan to completely cover her new home’s industrial-looking brick walls with pressure-fitted walls with a “Venetian plaster vibe.” Bernstein says: “I wanted something that felt super lived-in, I wanted these wabi-sabi soft, neutral vibes.”

Achieving that “lived-in” look was no small order given the project’s abbreviated timeline. Bernstein worked with Piscione over a period of four months, almost entirely remote (Piscione was based in L.A. during the pandemic). Thankfully, the two clicked immediately as there was truly no time to waste. “As a designer, you dream about finding these clients that are deeply in sync with your own aesthetic. It’s so exciting to create something that you don’t have to necessarily push so hard for,” Piscione says. A shared love for rustic simplicity, loads of texture, and warm, naturally-derived tones bonded the two in a flurry of Zooms, inspiration boards, and late-night texts.

The pair also discussed how important it would be to create a space that was not only a respite from the chaos that can be New York City but also the cluttered life of a social media influencer. They focused on calming palettes, lots of organic materials and shapes, and even a decidedly tight edit of wall art. “Being an influencer and having my own brands, I live with a lot of stuff at all times,” Bernstein says. “I really wanted the space to feel minimalist, safe, and Zen-like.”

“We’ve recently come back from Italy, so we plan on doing a little pasta making and taking on some of the cooking classes we took there,” Bernstein says of her kitchen, which opens out to the living and dining areas. “We have dinner parties weekly, and it’s really fun how the space flows from one area to another.” The island stools, inspired by Sergio Rodrigues, are from Amsterdam Modern. The light sculpture atop the island is a Bennet Schlesinger Light Song Exchange piece that was acquired through Stanley’s gallery.
Become an AD PRO Member

Buy now for unlimited access and all of the benefits that only members get to experience.

Nonetheless, the new home still has to help facilitate Bernstein’s work, and create a multitude of opportunities for content creation. Piscione says: “We looked at the walls as content moments, in and of themselves. We wanted to create spaces that wouldn’t always look the same in every shot. We have the lime-wash walls, and the dramatic shutter, and the sprawling faux fireplace with its undulating design. The spaces have to be beautiful, but at the end of the day, they [serve] as supporting acts to the content she will be producing in the foreground.”

Bernstein, who recently co-founded philanthropic platform We Gave What, was also deliberate about not decorating the home with overplayed objects and references. “I wanted to make sure the space was unique,” she says. “Not like with all the very trending items that you’ll see on every influencer’s home.” To achieve that sense of wonder and discovery, she and Piscione sourced an array of special pieces. (Think Tage Andersen designs purchased through Dienst + Dotter Antikviteter, ceramic sculptures by Evamarie Pappas sourced through Objet LA/NY, books from Maison Plage, and more.) The result? Shelves filled with one-of-a-kind, new-to-the-eye objects that enliven the home.

Wed Oct 13 , 2021
The new regulations passed their first hurdle Tuesday. NEW ORLEANS — An ordinance creating new rules and regulations for senior living facilities during a declared emergency is one step closer to being required.  A council committee voted Tuesday to move the proposed policy changes forward. “It is very difficult for […] 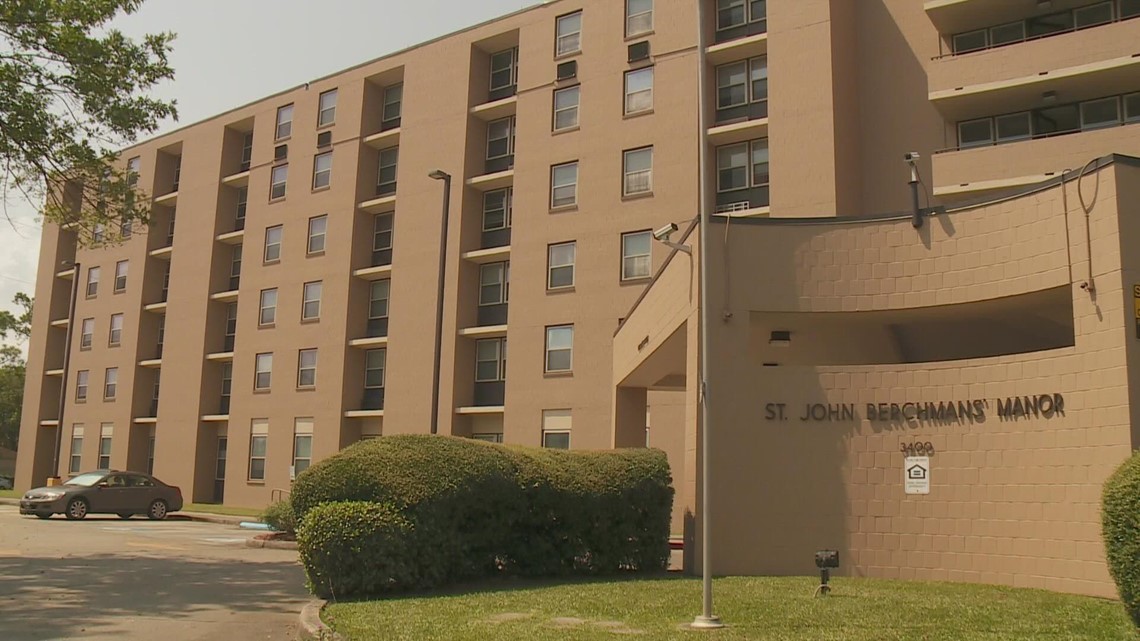