Neatly overlooking Central Park in a classic prewar renaissance-revival building is the elegant home to a young family of five. Triumphantly brought to life by interior designer Andre Mellone, the Upper East Side apartment is an ambitious tale of two units becoming one. It’s also a celebration of early 20th-century European design and American modernism, awash in the warm glow cast by oakwood and an intricately layered vintage furniture collection.

After the owners purchased the second apartment—previously empty and conveniently situated across the hall from their existing address—the project became a two-year journey of imaginative structural realignment and aesthetic creativity. For the couple and their three young children, the new five-bedroom, five-bathroom residence was conceptualized with optimum functionality in mind. Put another way, the principal objective was to create as much space as possible, wherever possible. “The layout was almost self-designing, generated by the needs of the family, and they wanted to start new in terms of materials in every room,” Mellone says.

Pandemic-related delays aside (the renovations began in 2018), Pearson remarks that the greatest challenges presented were the public elevator hall, fire stairs, and a cluster of inaccessible storage rooms at the heart of the two lots. “We really had to work the circulation around this core,” she explains. Yet this communal service area eventually proved dynamic, and its almost-total cocooning provided the plans with a welcomed sense of direction. “This actually gave us strategy,” Pearson elaborates. “You enter the apartment in the center, and in one direction is the mudroom and kids’ bedrooms, and, from the same beautiful foyer, you can access the front of the apartment and more public rooms.”

From the spacious interior hall, a spirited north-south divide materialized. Windows on the far north walls, modified from their original configurations, allow for oblique views of the park along with beaming light from the west side of the city. Left of the hall, a bar, library, dining room, kitchen and living areas have become sacred entertaining spaces. A right turn leads to bedrooms, bathrooms, and a powder room, or, in other words, the calm reserve of privacy.

The shared vision—between designer and clients—is clear, as is a deep-rooted appreciation for decorative arts. “We felt that we were very aligned in terms of design sensibilities,” Mellone says. “A lot of the inspiration was French and Italian, from the ’30s, ’40s, and ’50s.” He and the team at Studio Mellone, along with Manhattan-based architect Anik Pearson, sought inspiration in everything from Art Deco to Bauhaus, and Le Corbusier to the Nouvelle Vague. The result is a sophisticated New York family home with an organically European feel.

Taken together, it’s delightfully harmonious. A sensitive color palette of ochres, golds, and grays complements a lineup of dignified texture choices, which in turn echo wood paneling, herringbone floors, velvets, and plenty of marble. A constellation of Gio Ponti armchairs, Edward Wormley side tables, and Jean-Charles Moreux lamps characterize the larger living room and library. A formal table and chairs by Brooklyn designers Green River Project follow in the dining room, while splashes of Studio Mellone’s own soft furnishings and joinery are dappled throughout.

“It was like a greatest hits of all the designers everybody was collectively obsessed with,” Mellone laughs. The ultimate focal point is a handsome fireplace in the large living room, accented by two vintage Swedish stools covered in Aissa Dione fabric. Angular and impossible to miss, the fireplace was inspired by Milan’s Villa Necchi Campiglio. An overall tour de force of old and new, it would seem.

Indoor and outdoor living is easy in this Santa Monica home

Tue Feb 22 , 2022
Until recently, all this home had to recommend it were its exterior walls, raw support beams and a concrete sub floor. Oh, and its breathtaking location – five minutes’ walk from Southern California’s Pacific Pallisades beaches one way, five minutes from the Santa Monica hiking trails in the other direction. […] 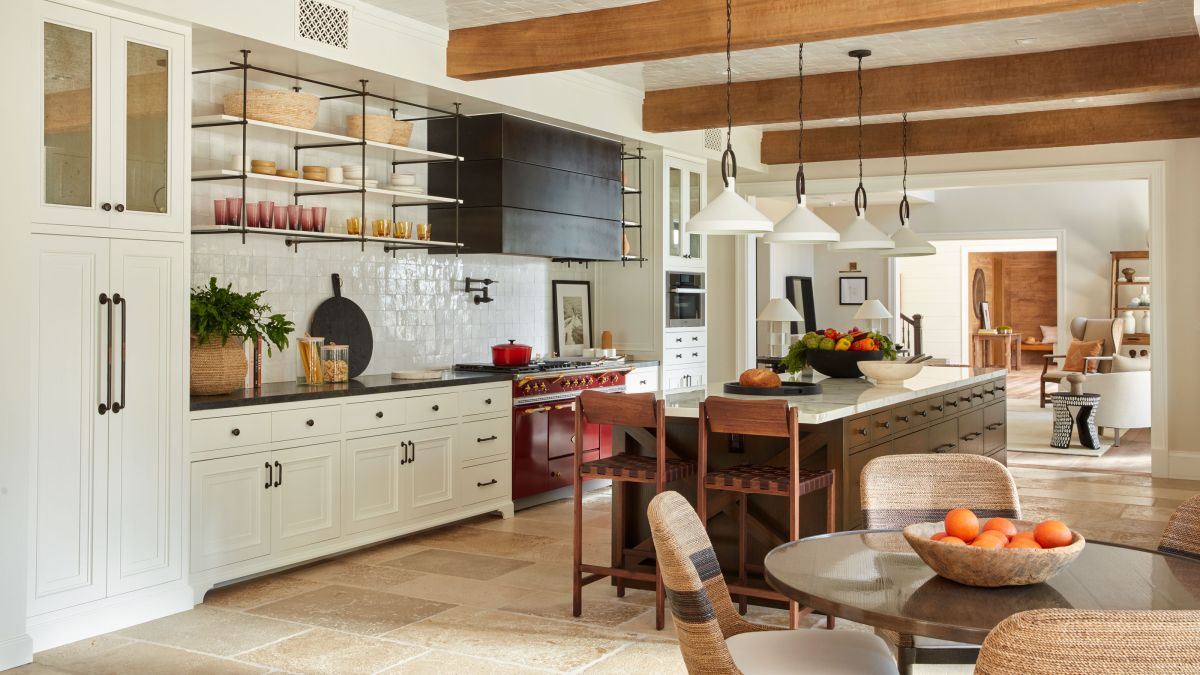