At a distance the house appears almost like a mirage: a pristine structure sitting atop rolling hills covered in wild grass, reminiscent of agricultural barns but a bit too geometrically precise. Closer inspection reveals two enormous glass-and-steel hydraulic windows that lift to open the light-filled interior to its surrounding dramatic landscape. As if this scene weren’t magical enough, two picture-perfect miniature donkeys round the corner to greet you, looking for treats.

“They are Sugi and Jinx, our great loves,” Kristina O’Neal says with a laugh, referring to the full-time residents of this Sonoma County house. O’Neal, a founding partner of award-winning design firm AvroKO, known for groundbreaking hospitality projects around the world, and her husband, Adam Gordon, a developer of innovative real estate projects, are longtime Manhattanites who, a decade ago, sought out a piece of land where they could enjoy a different relationship with the physical world. “I think we often want to return to places where we grew up, even if it’s just the feel of a region matching a romanticized memory,” says O’Neal, who is originally from the Bay Area. Gordon has his own reasons for settling in wine country: “I’d been stashing cars here for ages—I’d fly in and drive the winding roads,” he confesses. So, having enough room to store a collection of perfectly restored vintage trucks became part of the equation when the couple started looking for a place to build.

After an extensive search, the duo settled on a 227-acre plot in Knights Valley, a still somewhat-forgotten corner of Sonoma County. Owned by an old San Francisco family who had used it for cattle ranching, it was one of the last tracts that hadn’t been converted to grapevines. Instead of building as soon as they found it, the couple camped there for the first year, divining the perfect location. “We agreed to experience the land—the seasons, the smells and light and the wildlife—before embarking,” Gordon explains. O’Neal adds, “We had been collecting pictures of bare-bones structures from Uruguay that felt both agricultural and soulful.” This became the main inspiration for the home. The couple’s combined years of expertise as designer and builder resulted in a steel-and-glass barn clad in stone that is both embedded in the land and otherworldly. “A stripped-down, almost glass-walled tent of sorts,” says Gordon.

The house is outfitted with seemingly endless sliding glass doors, in addition to two airplane-hangar windows that fully open the living room on one end of the house and the primary bedroom on the other to bring gentle breezes as well as sunlight into the house on beautiful days—whicthis being Northern California after all, is almost always. “The house is 28 feet wide, so we are never more than 14 feet from a window,” Gordon proudly states. The many openings also allow their domesticated donkeys to roam freely, inside and out. “They own the joint,” O’Neal says, only half-jokingly.

Wed Jan 12 , 2022
Gardening expert and author Annie Burdick has shared her tips and hacks for those looking to improve their gardening skills. With so many gardening rules out there, it can be hard to figure out which ones are the most important to follow. For those who are unsure, gardening author Annie […] 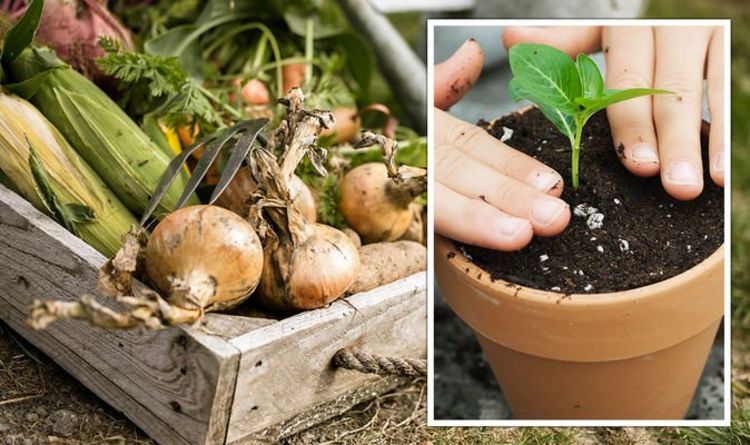