WHEN THE SWISS textile designer and artist Christoph Hefti worked for the Belgian fashion designer Dries Van Noten in Antwerp from the late 1990s to 2010, he was involved in many parts of the process, from fabric design to budgets to collaborating with Italian printmakers. “It was rewarding,” says Hefti. “As part of the team, we built a vision with a great deal of concentration and mutual understanding.” When Hefti left the company to freelance, he eventually became frustrated — he found himself missing Van Noten’s holistic approach: “I design the fabric but someone else develops it into the final product, and I began to realize that wasn’t enough. I wanted to make something that was completely mine.”

In an attempt to recharge, he embarked in 2011 upon a five-week trip to Latin America, from Argentina up through Mexico; everywhere he traveled, he found himself noticing carpets, which were ubiquitous and had been mostly created for tourism purposes. “All of them were sized to fit a suitcase,” he says, “and in the tourist markets, they all looked more or less the same.” But one day in La Paz, Bolivia, he spotted an unusual, unexpectedly abstract rug, which appeared as if it had been pleated into a pattern of Art Deco-inflected waves. When he asked about it, the boutique’s salesperson told him that it was woven by “a crazy lady in the mountains who never follows the rules,” he recalls. “She said that she had only purchased the carpet because she felt sorry for her. I immediately bought it, and that was the moment I knew I wanted to make carpets.”

Hefti, 54, shares this story from the dining room table of his 750-square-foot apartment in Brussels’s Saint-Gilles neighborhood. Despite the flat’s size, each small, square room — a bedroom, a kitchen and a living/dining room — resembles an immersive theater set, filled with the designer’s vibrant custom textiles, from the curtains hanging in several windows that line the front of the Beaux-Arts five-story building to the carpets, which cover nearly every inch of the wooden floors. In the living room, which is dominated by a wildly overgrown dragon tree and a Monstera deliciosa plant, a large, rectangular carpet depicts six huge blue hands throwing and catching lemons. “For some time, I kept drawing landscapes [that were] indirectly inspired by all the magical realism I was reading while traveling through Latin America,” Hefti says. Along with the carpets, the shelves and mantels are lined with ceramic objects, including 1970s-era French tea sets and thickly glazed ceramic sculptures made by his friend the Belgian ceramist Gregory Georgescu.

ALTHOUGH IT WAS South America that inspired his now eight-year-old carpet enterprise, Hefti produces his pieces in Nepal, with two artisanal firms run by descendants of Tibetan exiles who live in Kathmandu. “There is always an exchange,” he says of his manufacturers. “I propose a design, and we discuss the technical possibilities from there.” The pieces are sold in the Brussels design gallery Maniera, which is co-owned by two of Hefti’s friends, Amaryllis Jacobs and Kwinten Lavigne. “The rugs are an explosion of color and texture, but they’re not just about beauty. There is always something disturbing about them,” says Jacobs, referencing their uncannily lifelike motifs, among them human faces and wild animals.

Most of Hefti’s creative work is done at his studio in a converted industrial warehouse on the Brussels Canal, but he spends his downtime between his apartment and a place he keeps in Zurich. The designer regularly commutes between the two cities by train, stopping over in Paris to create textiles for fashion houses like Mugler. Switzerland is where he takes care of himself, swimming in Lake Zurich, while Brussels is “the interesting, messy place that inspires my work. I meet creative people, have unexpected encounters, work until 11 p.m. and eat French fries for dinner.” The city’s avant-garde theater and dance scene regularly influences his work, in particular shows by the contemporary dance troupe Ultima Vez and the performance artists Diederik Peeters and Miet Warlop, both of whom fuse elements of horror and absurdism in their practices.

Late last year, Hefti held his own show at Dries Van Noten’s gallery, Little House, adjacent to the brand’s new Los Angeles boutique. In addition to his rugs, Hefti created a surrealistic curtain with facial parts floating in woodlands and poufs upholstered with fabrics pulsating with psychedelic colors, all of which are now installed in his living room. The exhibit allowed Hefti to completely manifest his vision, and was made all the sweeter by the fact that it was facilitated by his mentor. “I look around now and see that I have built a space of objects that’s entirely of my own making,” he says, adding that, despite his recent success, he still thinks of his rugs as “monsters on the floor with whom you become friends. They are often the strangest element in an apartment — but I have found that the carpets make friends with the rest of the room very quickly.”

Mon Nov 29 , 2021
In November 1992, Patrick Kelly and his family were in a sad state of affairs. The home they had purchased five years earlier was facing foreclosure, and they had no way to make payments on their mortgage. In a fit of frustration – or was it artistic brilliance? – Kelly spray-painted […] 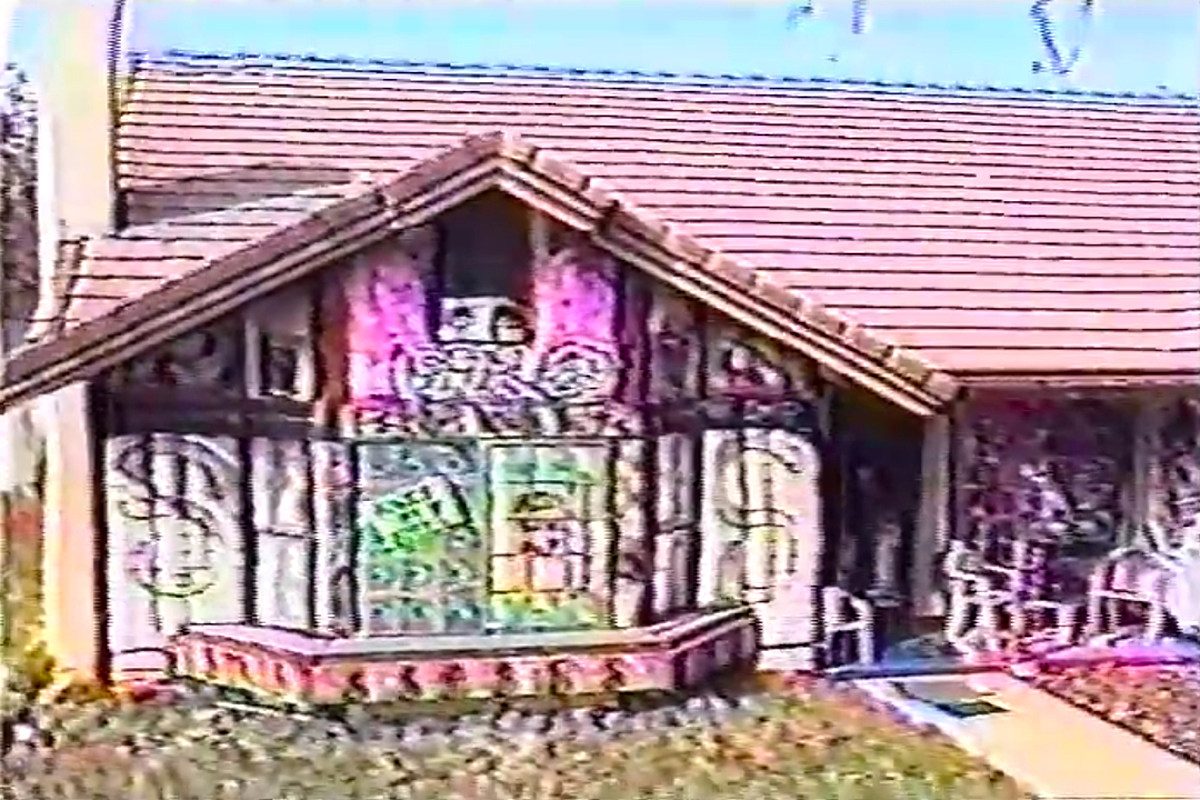