From yams to chocho to ackee, a new exhibition is shining a light on south London’s Caribbean gardens, created by the Windrush generation who moved to Britain after the second world war.

The Sowing Roots exhibition at the Garden Museum in Lambeth explores how Caribbean horticultural heritage has enriched British gardening. It tells the stories of 15 individuals through interview extracts, photographs and artefacts – including a pair of dirty gardening gloves, horticulture books and herbal teas.

The idea for the exhibition came after the Windrush scandal in 2018, which exposed how thousands of Caribbean people who had been invited to the UK as British citizens had been wrongly targeted with deportation. The exhibition looks at how cultivating land has helped Caribbean communities to feel at home and rooted in the UK.

“The resulting oral histories shed light on the varied traditions that Caribbean people carried with them when they moved to Britain,” a panel at the start of the exhibition reads. “We hope to have unearthed the inventiveness, creativity and power at the heart of Caribbean gardening that has shaped families, communities and empire across time and space.”

Through gardening, people in the diaspora have been able to connect with their cultural heritage. “The exhibition filled the spot for me, and I know for many gardeners of colour. It’s shone a light on what we’ve been doing for a long time, and given us a little platform,” says Ras Prince Morgan, who was born in Rock River in Clarendon, Jamaica, and migrated to London in 1969 when he was seven years old.

Gardening [in the UK] paints the picture that Africans were never involved, but that’s the furthest thing from the truth

Morgan created his garden 16 years ago on disused land filled with Japanese knotweed on the edge of playing fields in Lewisham, south-east London. He initially just wanted to grow some fruit trees so his children would know where their food came from; now he grows plants from all over the world and runs horticultural and educational projects.

One of Morgan’s inspirations is Alan Titchmarsh. He loves London’s Kew and Hampton Court Gardens, the Eden Project in Cornwall, and many other European-led institutions, but is frustrated by the lack of visibility of Africans involved in creating this rich history. “Gardening has been such a very European-led institution,” he says. “It paints the picture that Africans were never involved, but that is the furthest thing from the truth. It’s only when you do your research, then you realise we were the backbone of the industry. [White people] were in control, passing the orders and instructions down the line, where we were to carry them out.”

Part of Morgan’s motivation for growing things was to increase diversity in gardening in the UK. He now has more than 10 volunteers helping him, and most are people of colour.

He has noticed the climate getting warmer over the past 10 years, meaning he is able to grow more heat-loving plants outside, such as bananas, avocados, sugar cane and angel’s trumpet. “I grew yam on my veranda and had dinner from it. That just blew my mind. People say you can’t grow yam over here, it’s not hot enough, but I grew a piece of yam on my veranda!” he says.

Morgan gardens according to the cycles of the moon and uses a horoscope book called Old Moore’s Almanack, which has information on lunar rising and setting times and when is the right time to plant what. His mother – and probably his grandmother too – used the same book.

Another story included in the exhibition is that of Earline Hilda Castillo Binger, who was born in Trinidad and moved to the UK in 1971 and became a nurse. She is now a community gardener and leads gardening sessions on land belonging to GP surgeries in Lambeth. “There’s a bush for everything. Every ailment you have, there’s a bush,” she says in her interview for the exhibition. “You know, this gardening has taken me on a journey, a very interesting journey.”

Subsistence and small-scale farming occupies a unique place in the history of Caribbean peoples, says historian Dr Elizabeth Cooper, who curated the exhibition. “Sowing Roots taps into this history and the ways that migrants from the Caribbean carried meanings and traditions of gardening with them when they moved to the UK – and in turn transformed the uses and meanings of green spaces in south London,” she says.

Find more age of extinction coverage here, and follow biodiversity reporters Phoebe Weston and Patrick Greenfield on Twitter for all the latest news and features

Sun Feb 27 , 2022
Wouldn’t it be incredible to wake up each morning and sink your toes into sandy, white beaches, look out your window at picture-perfect sunsets, and fall asleep to the sound of waves lapping the shore? For more and more Americans with unlimited (or at least jumbo) bank accounts, this is […] 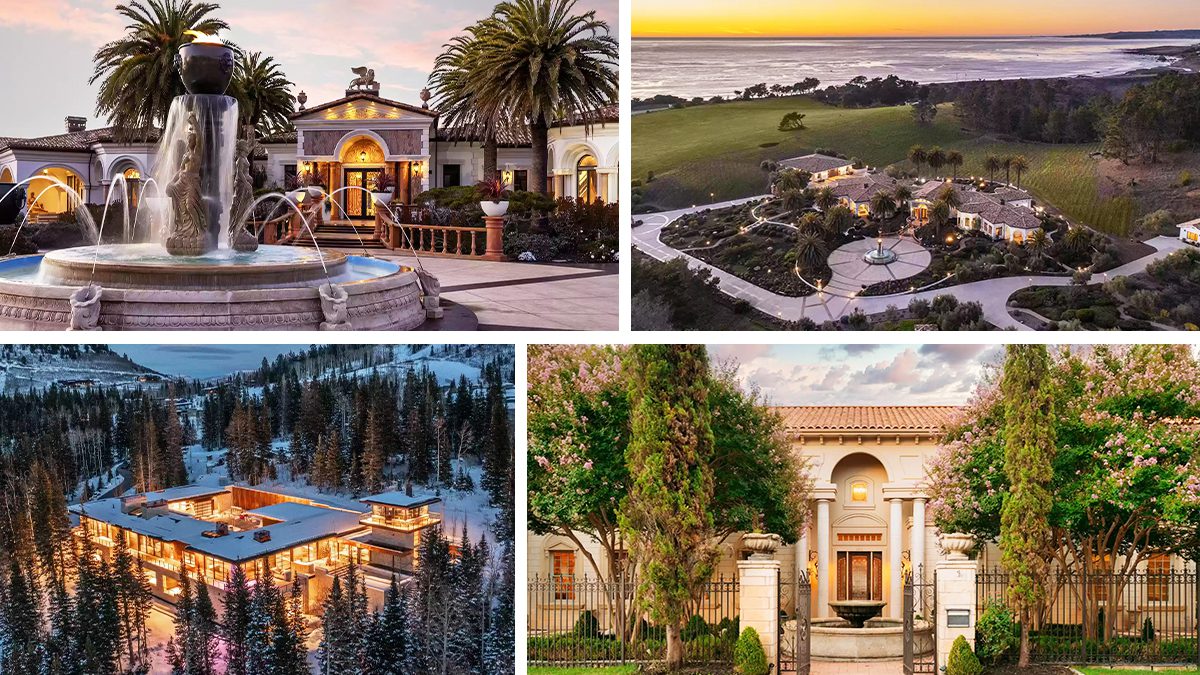