Claude Home (named after the aforementioned ex), Holladay’s vintage-furniture online retail platform and art gallery, is the result of that simple formula; in just three years, it has accrued 140,000 Instagram followers and become a go-to source for interior decorators and design enthusiasts alike. The company works with mostly French and Italian consignors and dealers, from whom the 25-year-old Holladay sources collectible furniture, reupholsters it and sells it for a profit. Typical Claude Home offerings include leather de Sede sofas and chairs by the likes of Herman Miller and Vladimir Kagan. But alongside such midcentury-modernist heavyweights, Holladay also sells art and furniture from emerging contemporary artists and studios. “As a young Black business owner and creative, this is fundamentally important to me and my business model,” she says. Eschewing traditional practices, she scouts on Instagram and often introduces herself to makers with the invitingly blunt message “I’d love to sell your work.” Claude Home’s varied roster of artists includes Kieu Tran and Abid Javed, both of whom specialize in biomorphically surrealist sculpture; Le Minou Studio, a maker of clay nudes; and the actor and self-taught painter Gordon Winarick.

Surprisingly for someone with such an impeccable eye, Holladay has no formal fashion or design training. Instead, the San Diego native learned on the job. After dropping out of high school when she was 18 and moving to New York City, she worked in retail before quickly transitioning to fashion, first as an intern for stylists, then as an assistant. There came a point, however, during the long hours and late nights, whether working at i-D magazine or as a styling assistant elsewhere, when Holladay realized she’d lost her love for fashion and needed a new direction. “I had a moment where I questioned everything and I had no clue what to do next,” she says. But she credits those four grueling years with honing her curatorial abilities and teaching her how to problem-solve.

Her interest in design dates back to a particular period of her childhood. Her mother, Terry, a former professional tennis player, bought a fixer-upper by the beach when Holladay was 5 and spent the next eight years renovating it. Holladay helped out as soon as she was old enough, painting walls, picking out tiles and shopping for furniture, which became her favorite activity.

Claude Home’s vertiginous popularity has come as a pleasant surprise to Holladay, but it’s also made her wary of the potential pitfalls of becoming too closely identified with a particular aesthetic — a scroll through the store’s Instagram reveals an endless parade of organic-shaped couches and midcentury pieces, with little color in sight (excepting beige, black and wood, naturally). “The trends are really hard,” she says. “I try to stay out of them, but it’s almost impossible to not make your home an Instagram post. These iconic designs from the 1950s are everywhere.”

That said, Holladay does think she’s found a neglected niche in the market, one that she hopes to address with her own line of furniture, to be released this month. “I’m trying to fill this gap with classic furniture that is sturdy but not too kitschy,” she says. The pieces will include a bouclé sofa, a travertine coffee table, a red-pine dining table, two walnut dining chairs with upholstered seats and a walnut stool. “It’s like Tobia Scarpa meets Gerrit Rietveld,” she says, ever the connoisseur.

In the wake of a Stockton Springs woman’s death, a secret was discovered in her home

Tue Oct 5 , 2021
STOCKTON SPRINGS, Maine — In a yellow ranch house perched high above the wide blue stretch of the lower Penobscot River in the village of Sandy Point, there is a secret. The secret is on the walls — huge murals of a lighthouse, a sponge-painted forest of autumn trees and tidy […] 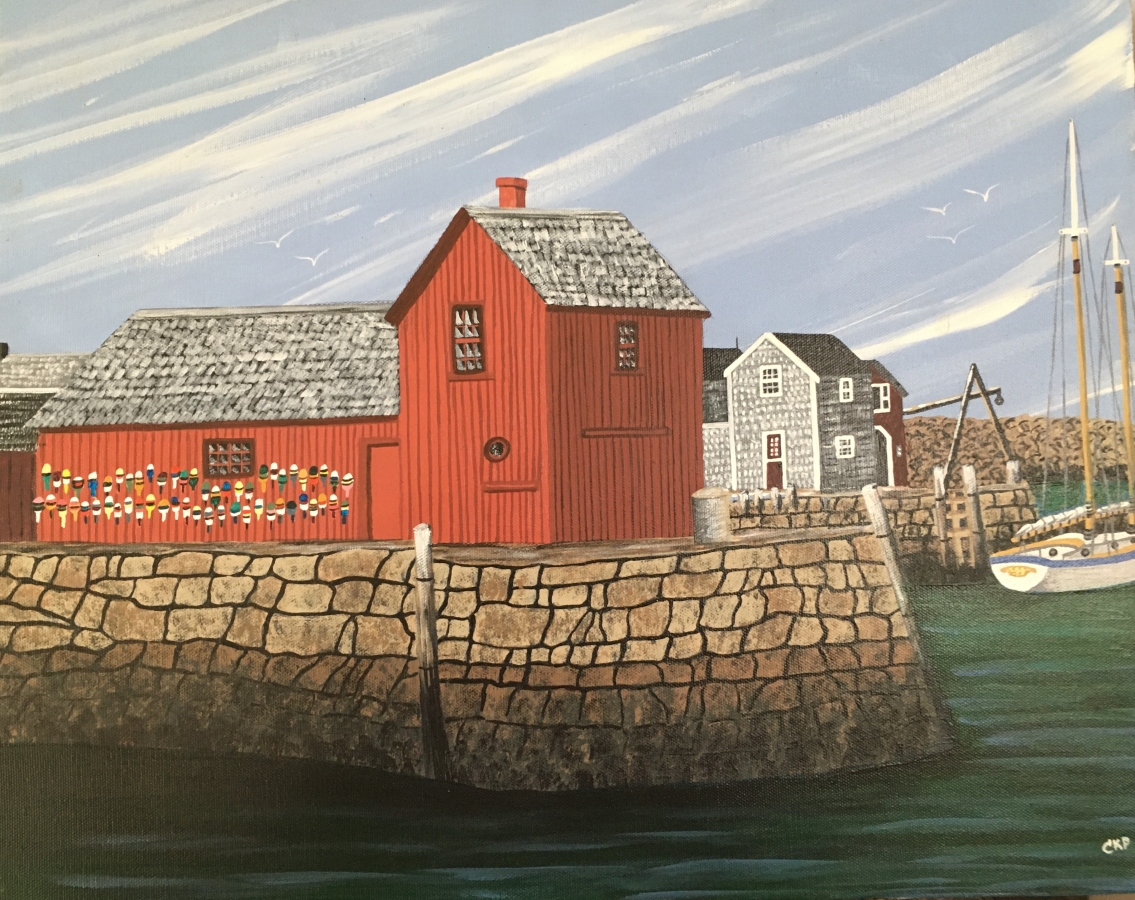