TULLY, N.Y. – In 1972, Richard, and Rachel Perkins were living in Eastwood and wanted to move their family into the country.

Their son Dave said they were hoping to find a quiet spot “nestled in nature,” someplace where their four children could go out exploring, raise animals, and grow their own fruits and vegetables.

Richard Perkins, who worked as the head of Syracuse University’s Department of Mechanical Engineering, loved to ski and he had an “epiphany,” Dave said, when he learned of the five-acre property at 1843 Woodmancy Road near Tully.

During the 1950s and ‘60s, the spot was the site of the original warming hut for the Onondaga Ski Club on a hill called “Little Tuck,” considered to be the highest hill in Onondaga County.

The hill had earned its nickname after Tuckerman’s Ravine of Mount Washington in New Hampshire, a place where Richard Perkins had skied often with his father.

It was just too perfect.

“Here was a place that was named after a place he loved,” Dave said.

Today, you can still see the old pulleys from the rope tow running up the hill as well as the tow motor shed the club used.

(Dave said they were able to get the old running while the family was skiing, snowshoeing, and snowboarding. “It flies you up the hill, real fast,” he said.)

The wooded grounds his parents had selected, Dave thought, was a great place to raise a family.

“There were all kinds of stuff to do,” he remembered. “You could not see another house from any of the windows.”

Dave’s father, who loved building and working on things, designed the house, converted the old “warming hut,” with three walls and a leaky roof, into a one-of-a-kind family home, inspired by the ski lodges he loved visiting while in New England.

“He did not want it to look like any other place,” Dave said of what they call “Little Tuck Lodge.”

“It was fun to see people’s reactions when they would visit,” he remembered. “‘This is amazing,’ they would say.”

The living room, the main gathering spot for the family, has a vaulted ceiling and a beautiful brick fireplace with gas insert. A cut-out looks into the eat-in kitchen so family members could be kept together while working there.

“We had many an Easter egg hunt in the living room,” Dave said, “while the day’s brunch was being prepared in the kitchen, but everyone was still part of the action.”

In 1997, his parents had an extension added to the house by Drumm Construction, which included a new spacious owner’s suite and a fun game room for the grandkids.

“That was not there when we grew up,” Dave said with some disappointment.

There is a billiards table, foosball, a dart board, and an organ in the space.

The home’s original first floor could be used as an apartment for in-laws or overnight guests.

The private area is connected to the living room by a unique circular staircase, and has a second kitchen, bedroom and bathroom, and a beautiful stone fireplace built by Richard himself.

“You won’t see another home like this,” Dave said. “Everywhere you look, there is something to do.”

He hopes that another family enjoys it has much he and his siblings and grandchildren have.

“It is such a special place,” he said.

(Richard Perkins died in 2020. His wife, Rachel, passed away earlier this year.)

Monthly Mortgage: $1,334 (based on the national average rate of 3.01%, according to Freddie Mac on September 30, for a 30-year fixed-rate mortgage with a 20% down payment. Fees and points not included.)

Kitchen: The eat-in kitchen has many of the neat features that Richard Perkins brought to his home he designed. His wife wanted “lots of storage” and he made sure she could never say, “I wish I had a place for this.” She asked for plenty of electric outlets and he made that happen. The workspace includes black granite counters and butcher block counters, including on the small island. Appliances have all been upgraded in the past five years. A cut-out allows people working in the kitchen to look into the main living room so the family could be together during holidays and events. The windows look out onto the road.

Living areas: The home was designed by Perkins to look a lot like the New England ski lodges he visited while he was growing up. It has several neat features like a circular staircase between the first and second floor, bookshelves, mud room with additional storage, and three fireplaces. The living room on the second floor is the main gathering place. It has a brick fireplace with gas insert. The spacious dining room has room for a big table and looks out at the hill. The game room was part of a 1997 addition and was a place to entertain the grandchildren with games. There is a cozy gas stove there. The first floor has a second kitchen, full bathroom, and bedroom. It could be used as an in-laws’ apartment or guest quarters. The incredible workshop in the basement of the new addition was used by Richard Perkins for many of the home projects he worked on there.

Bedrooms: There are three bedrooms in the home. The new owner’s suite was part of the 1997 expansion. The huge room has his-and-her closets, great views from the window, and is big enough for a small living area. Another second-floor bedroom has vaulted ceilings and two closets. “It is a big, beautiful space,” Perkins said.

Bathrooms: The new owner’s suite bathroom is large and has a nice low-step, walk-in shower. There are three bathrooms in total in the house.

Outdoors: Once the home base of the Onondaga Ski Club, this five-acre property is perfect for anyone who loves outdoor recreation. Skiing, snowshoeing, snowboarding, hiking, and more can be done on the wooded property which cannot be ever developed. Chicken and other animals can be raised there, gardens can be started, honeybees can be raised, and wine can be produced. The property has a circular driveway and three garage spaces, including two-in a detached two-car garage. A high-ceiling barn can be used to store equipment and firewood. The property is the “best of all worlds,” located in the country, close to small-town Tully and within minutes of the city of Syracuse.

House of the Week: Owner will miss her lovingly renovated Canastota horse farm. Her horses will too.

House of the Week: Architecturally unique Canastota home had instant ‘wow factor’ for its owners

House of the Week: MWG Custom Homes’ ‘The Alessandra’ at Parade of Homes (photos)

House of the Week: Finished in 1953, Syracuse home’s second owner is “so glad” he got a chance to preserve it

If you know of a beautiful or interesting house currently up for sale, please consider sending a nomination for it to be featured as a future House of the Week. Send an email with the listing to [email protected]

Do you know of any older homes in Central New York which have fallen on hard times but have a lot of potential should they be restored to their original grandeur? A fixer-upper with a lot of potential? Consider nominating them to our new feature, “Save this Home,” in which we will spotlight grand houses of the past around Central New York that need to be saved. Send nominations to [email protected]

Inside the billionaire battle for real estate supremacy on Meadow Lane

Mon Oct 11 , 2021
Even billionaires have to keep up with the Joneses — and they’re spending the GDPs of small nations to do it. Last year — during the uncertainty of the pandemic — the superrich clung to the Hamptons like a toddler with a security blanket. But one salubrious Southampton street saw […] 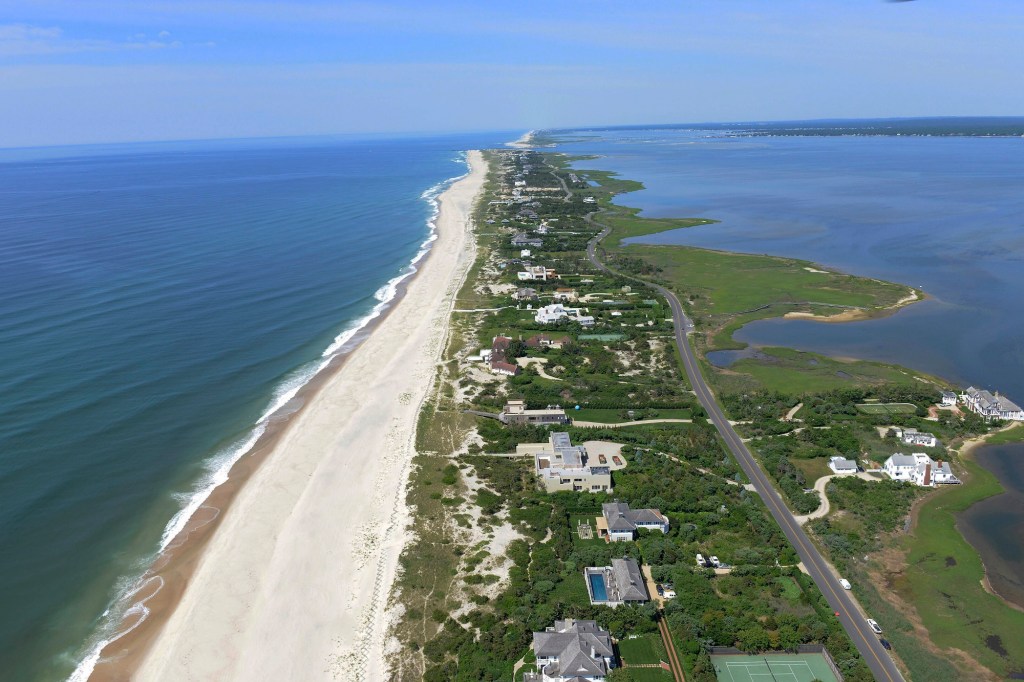