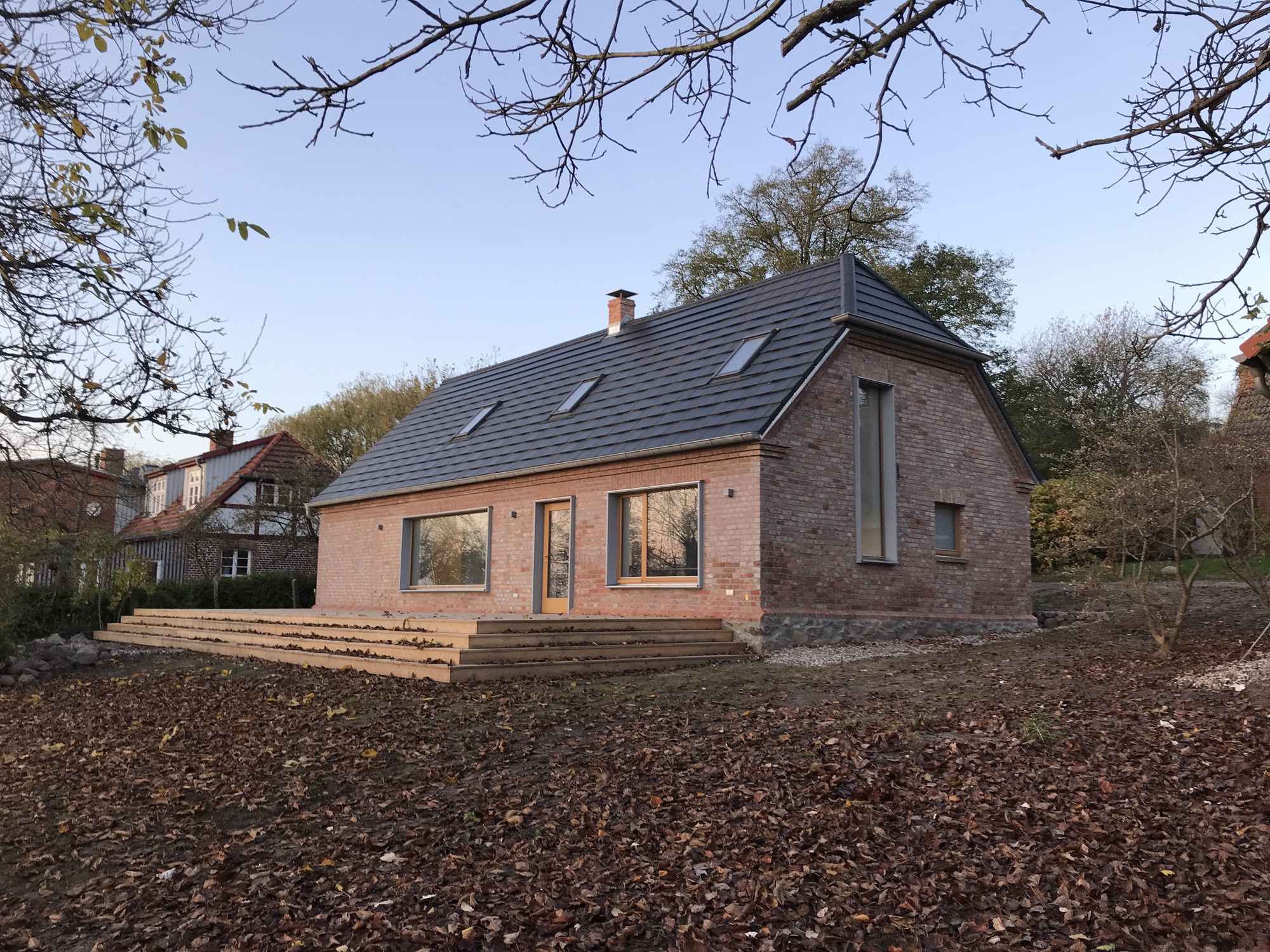 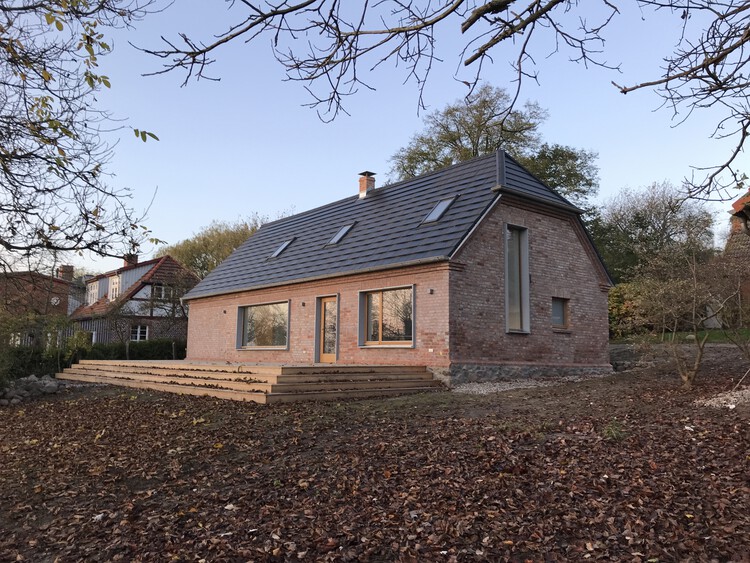 Text description provided by the architects. Pairing tradition with innovation is the driving force behind Hoff Architects and Sierra Boaz Cobb’s renovation of this 19th-century farmhouse in a rural part of former East Germany (GDR). The project’s transformation from a farmhouse, through a sealed-up East-German-Dacha, to a sustainable, energy-self-sufficient home is visible throughout this sensitive restoration, which juxtaposes these three eras with clear aesthetic distinction.

The renovation restores and reveals the original construction, including the detailed brick exterior and timber-framed interior, and complements it with state-of-the-art sustainable interventions. Solar shingles, integrated into the vernacular roof, are coupled with a geothermal system to achieve net-zero energy consumption. The open plan and double-height space provide a modern layout, while simultaneously exposing traces of the original floorplan through the timber framing. This architectural palimpsest preserves the stories of the past while embracing the present.

During the communist GDR period, the original masonry facade was shrouded in air-tight concrete and the openings were minimized. In the renovation, the plaster was removed to reveal the original brick construction and restore the facade’s breathability. The street-facing facade was restored to its original appearance while the new custom shutters subtly hint at the modernity of the interior and rear facade. The garden side of the house features large panoramic windows opening to the garden.

Echoing the facade, the interior opens in plan and section from the reserved street-facing front to the open garden-facing rear. In the smaller rooms that line the front, the low, hand-finished clay ceiling has been preserved and restored. Open entertaining spaces are arranged in a free plan facing the garden and span the full two-story building height. In these spaces, the original mass timber structure is experienced sectionally while light floods into the space from a tall narrow window to the Southeast.

The renovation transforms the farmhouse from a wood-burning stove heating system to a net-zero home. New solar panel shingles are integrated into the roofing system to provide energy for the home and a geothermal pump retrieves heat for the building through a 130-meter-deep borehole. The two systems provide self-sufficient electricity and heating. Each solar shingle is the same shape, size, and color as the standard concrete roof shingle, typical in the region.

The roof pattern of solar shingles and standard shingles is an energy-efficient array that creates a shimmering effect reminiscent of old slate roofs. In this project, innovation and tradition are not opposing forces but are complementary pairs. Hoff Architects and Sierra Boaz Cobb’s renovation maintains the house’s unique historical character while simultaneously meeting the standards of modern living and setting a new architectural standard for sustainability in an infrastructural no-man’s-land.

Sat Apr 23 , 2022
LAS VEGAS, Nev. (FOX5) – A single mom and grandma said they are living a nightmare after pooling their life savings together and buying a home. They claim squatters occupied the home and they can’t get them out. “My mom and I decided to buy a house together about two […] 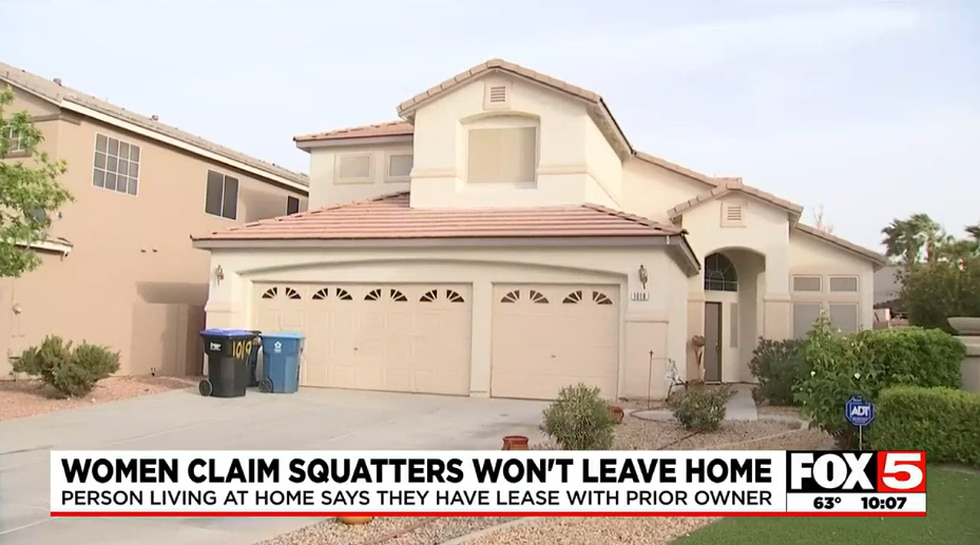