Sometimes a site just calls for a certain kind of home. In the case of a 100-foot-high hilltop in Wayzata—with views of Ferndale Marsh and Lake Minnetonka—it was for a home that’s “almost magical and with more gravitas than a lot of others,” says builder Kate Hage, who worked with her husband, Kerry, on the project.

The pair, along with home and interior designer Tom Rauscher, didn’t need to look far for inspiration. “Our whole concept was based upon the old Tudor house that was originally sitting there,” Rauscher says. “We wanted to kind of give back to the property so it didn’t feel like a brand-new house.”

That meant an exceptionally high level of quality and thought for the new structure’s materials. Reclaimed Chicago brick details the walls inside and out, starting with a layered arch topped with a keystone at the front entry. Antique oak floors salvaged from a tobacco farm in North Carolina extend throughout most rooms on the main and upper levels, including the baths. And an old fireplace mantel from the previous home now graces the library fireplace.

Here and there, however, the team broke from tradition. The sunroom and main bedroom, for example, are paneled in extra-wide shiplap siding. And furnishings in the gathering room and kitchen have more edge than you might expect. “It has that nostalgia, but it has a modern twist to it, too,” Rauscher says.

But the home shines brightest through its exquisite craftsmanship—and the artisans behind it. Take the steel doors and windows between the kitchen and garden room, which were custom-built by Minneapolis metal shop Jacobsson Carruthers right at the homesite. “Because those windows float one-eighth of an inch off the counter, they needed to be exact,” Kerry says. And the artfully detailed cabinets—some with a subtle floral motif—were crafted by Brian Grabski of Designed and Made in St. Paul. “Everybody was excited to do something that challenged them,” Rauscher says. “They weren’t just there to build a house. They were there and up for the challenge of doing something new.”

“The artisans who worked on this house worked in a truly artisan fashion, which is not following a really rigid set of detailed plans.”

House of the Week: Architecturally unique Canastota home had instant ‘wow factor’ for its owners

Fri Oct 1 , 2021
CANASTOTA, N.Y. – When Annette Keil, with her husband, John, first walked through the front door of the three-level contemporary home at 3560 Knolls Avenue East in 2000, a simple word came to her lips. “Wow!” “Every room hit the right spot for us,” she said. “The house itself called […] 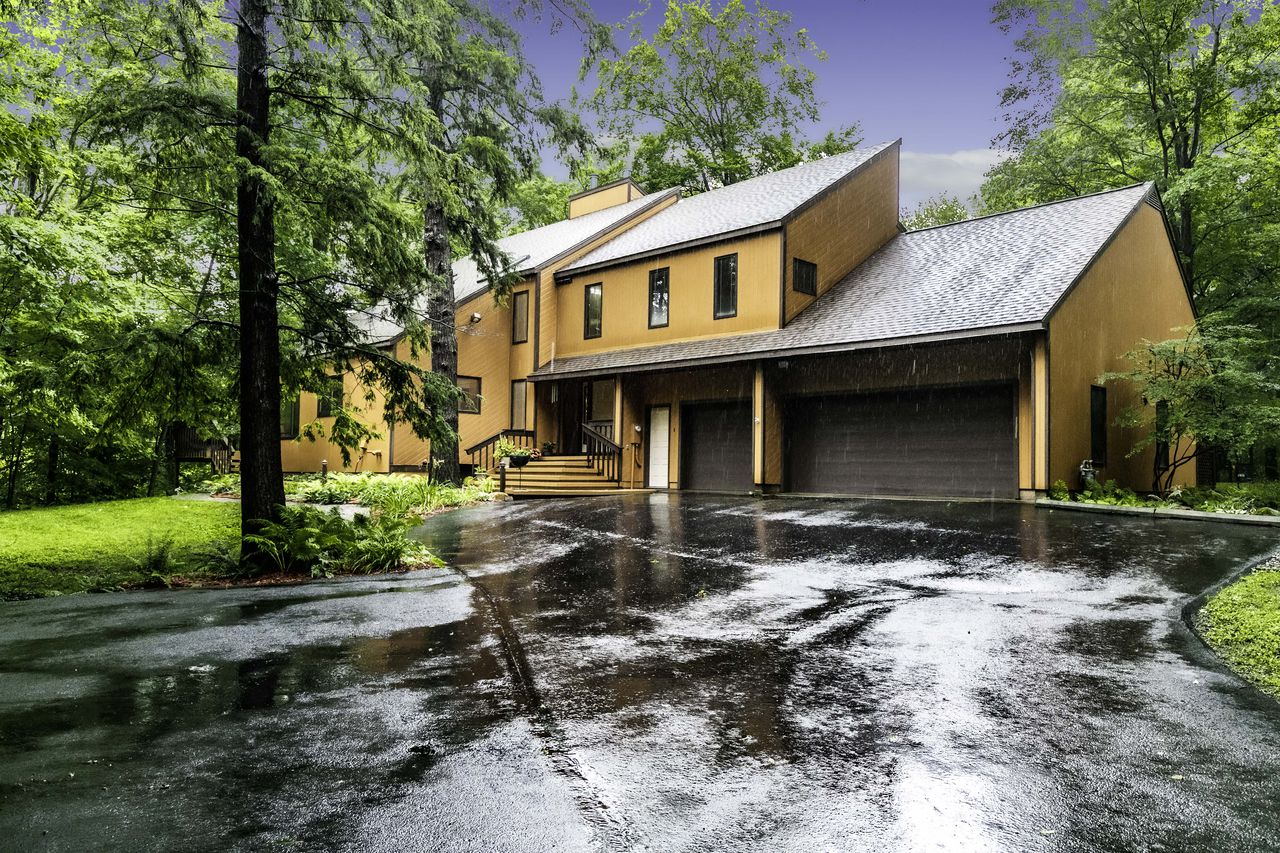