Oscar winner Hilary Swank is giving up her Pacific Palisades, Los Angeles, compound to live full-time in Colorado. The Million Dollar Baby star has listed the 6,700-square-foot hacienda for $10.5 million.

Stepping inside the gates, “You feel like you stepped out of Los Angeles and into a private residence on the grounds of the Biltmore in Santa Barbara,” Goldsmith says.

Swank bought the house in 2007 for $5.8 million, installing a 16-seat movie theater with an antique popcorn machine, so her family could watch movies “correctly, the way they are meant to be seen,” she told The Wall Street Journal.

She also added a pool and hot tub, a fire pit, and outdoor kitchen, and renovated a hidden speakeasy space with leather walls and more intimate lighting.

Swank and husband Philip Schneider purchased property in Colorado in 2016 and moved there last year during the pandemic. Her new ranch home will enable Swank to embrace her passion for animal rescue, Swank told WSJ, with more space for her five dogs, two parrots, and horse.

A Phoenix home designed by Frank Lloyd Wright, the last before his death, could be yours for the listed price of $7.95 million.

Wright designed the Circular Sun House for Norman and Aimee Lykes in 1959, but it wasn’t built until 1967, under the direction of Wright apprentice John Rattenbury. It’s just one of just 14 circular abodes Wright ever conceived.

Nestled at the edge of the Phoenix Mountain Preserve, the house is composed of a series of circular elements that underscore Wright’s desire to fit within the topography of the land. The Philippine mahogany built-ins and a crescent-shaped pool with mother-of-pearl tile, meanwhile, complement the home’s curves.

The views the 3,100-square-foot home affords are as breathtaking as the house itself: The primary suite, expanded in a 1994 renovation overseen by Rattenbury, overlooks Palm Canyon, while a second-story office offers 360-degree views of the desert landscape.

Fri Nov 19 , 2021
It is necessary to clean all parts of your body every day. Otherwise, it will be filled with dirt, dust and germs, thereby causing various types of health issues. It is equally important to wash your face regularly and properly as it is the main part of the body that […] 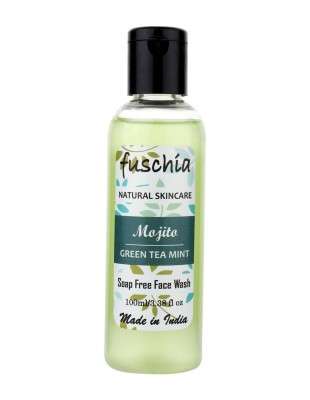