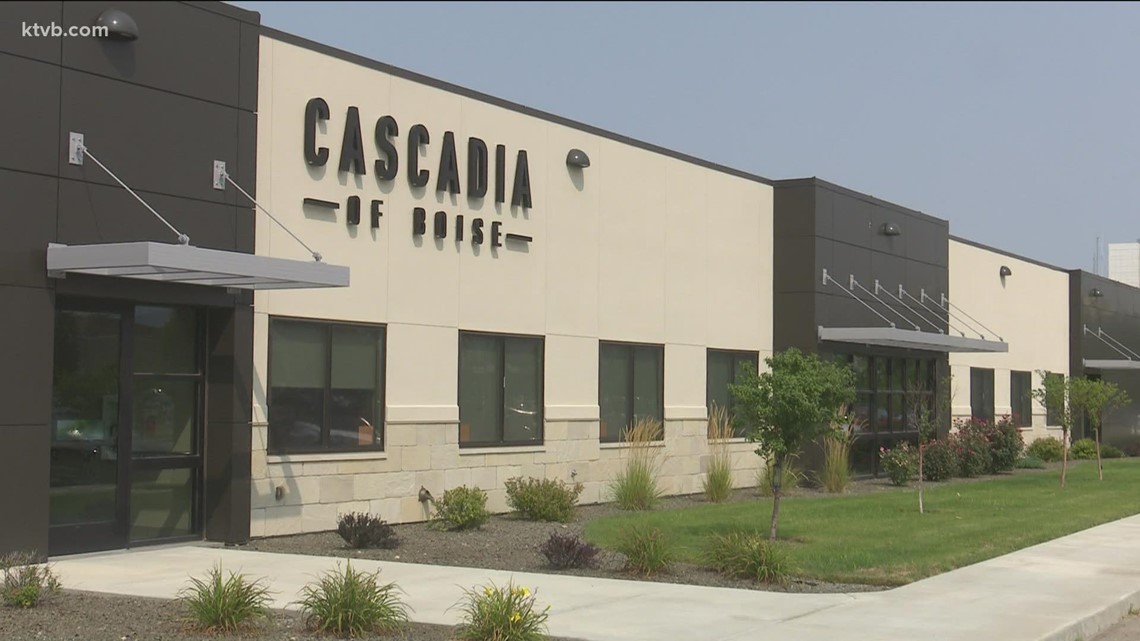 Updated guidance from the Centers of Medicare and Medicaid Services (CMS) now allows for visitation for all nursing home residents at all times.

BOISE, Idaho — Isolation throughout the past 18 months is a feeling quite a few people have gotten familiar with. Unfortunately, residents in nursing homes and assisted living facilities are still dealing with some of that loneliness.

“These facilities are home for residents,” said Steve LaForte, the director of corporate affairs for Cascadia Healthcare. “They’ve been on lockdown, the community within the building has been impacted, their abilities to see their families have been impacted.”

Cascadia Healthcare owns several assisted living facilities in the Treasure Valley, including Boise, Caldwell and Nampa. LaForte described the past year at the facilities as “brutally sad and difficult” for residents, their families and staff because of the limited interactions.

But in some positive news before the holidays, updated guidance from the Centers of Medicare and Medicaid Services (CMS) now allows for visitation for all nursing homes residents at all times.

“That’s a really positive step, it’s time and we want to start working to create a community for our residents again,” LaForte said.

LaForte is looking forward to bringing in more family members and planning more group activities for residents as these restrictions begin to loosen up.

He also advises everyone to get their COVID-19 vaccine and booster to help protect the most vulnerable Idahoans. He adds there may be peaks of COVID-19 transmission in the area and keeping residents safe remains the number one priority.

“Right now we’re in a positive period, but I encourage people to stay safe,” LaForte said.

As facilities begin to welcome more visitors again, the Idaho Commission on Aging (ICOA) said the holiday season can still be a lonely time for residents that don’t get a lot of communication from family. The organization wants to fix that and invites all Idahoans to get involved.

“We’re just asking people to bring a spot to their day and just send letters,” said Janet Miller, a program specialist for ICOA.

The ICOA works with older adults and people with disabilities to help them with independence, keeping them healthy and safe, as well as creating a network of community-based aging services.

Miller said assisted living centers and nursing homes have had a “rollercoaster” of a year because of the difficulties residents have had when it comes to visitation. ICOA and Miller believe that writing a letter or sending a card to someone in a facility will mean the world to them.

Before her role at ICOA, Miller worked for a nursing home in Boise and knows just how impactful letters and cards can be for residents.

“We had a 4H club that sent letters and there was one gentleman in particular who was so excited, he showed it to everyone that worked there,” Miller recounts. “The person that had sent the letter had written jokes in there and I think I heard those jokes 10 times.”

Miller asks for people to write personal stories like how their day was or any hobbies they’re interested in. She said that’s how residents are able to connect with someone, which is what they’re looking for.

She also encourages people to post their efforts on social media with the hashtag #ICOAconnects so it may prompt others to join in.

I think when the community comes together and supports them, our elderly, our vulnerable adults that are in these facilities, I think it’s a great thing,” LaForte said.

LaForte said for people interested in writing a letter to a resident they can email him: [email protected]

Miller also encourages people to reach out for lists of residents to write to at other nearby facilities by calling and asking them for their program or activities director.

See the latest news from around the Treasure Valley and the Gem State in our YouTube playlist:

How the Real Estate Boom Left Black Neighborhoods Behind