“Here’s the truth, and it’s a hard truth: Millions of people in our country, many of them children, are still exposed to lead every day,” Harris said at the American Federation of Labor and Congress of Industrial Organizations in Washington.

The vice president said many parents across the country have told her they were worried “that every time they turned on the faucet to give their child a glass of water that they may be filling that glass with poison.”

“The science is clear about what drinking water from a lead pipe can do to the human body,” Harris said. “For adults, it can cause an increase in blood pressure and decreased kidney function. In children, it can severely harm mental and physical development. It can stunt growth, slow down learning and cause irreparable damage to the brain.”

Through the administration’s new Lead Pipe and Paint Action Plan, agencies will take a number of steps meant to remove the toxic metal from places where people live, work or go to school. Harris said the push would focus on communities that have “historically been left out or left behind.”

The Environmental Protection Agency will begin the process of writing new regulations that would protect communities from lead in drinking water; the Department of Labor will form technical assistance hubs to fast-track removal projects with union workers; agencies will commit to removing lead service lines and paint in federally assisted housing; and a new Cabinet group will focus on lead removal in schools and child care facilities.

Harris said up to 10 million American households and 400,000 schools and child care centers could be exposed to lead through service lines or other fixtures. Low-income communities, and communities of color, are disproportionately affected.

The administration is allocating $15 billion from the bipartisan infrastructure law for lead service line replacements at the EPA through the Drinking Water State Revolving Fund. It will also allocate an additional $11.7 billion in state revolving funding, which is funding administered by a state to provide low-interest loans for investing in water and sanitation infrastructure.

The EPA will allocate $3 billion of this $15 billion to states, tribes and territories to replace lead pipes next year, Harris said. The EPA is also launching a new regulatory process to protect communities from lead in drinking water.

When the drinking water for the city of Flint, Michigan, was contaminated in 2014 it put a national spotlight on the issue of lead in drinking water. The water contamination in Flint lasted for years, and many advocates say race and poverty factored into how Flint wasn’t adequately protected.

The US Department of Treasury will clarify that the $350 billion for the State and Local Fiscal Recovery Fund that was in the emergency Covid-19 relief bill, known as the American Rescue Plan, can be used to replace lead service lines as well as lead faucets and fixtures.

The EPA and Department of Labor will establish regional technical assistance hubs to help fast track lead pipe removals in coordination with labor unions and local water agencies. The Department of Housing and Urban Development will also award grants in low-income communities to remove lead paint and other home health hazards.

The administration also outlined billions of dollars in funding in the President’s Build Back Better bill, which passed the House but faces an uncertain path in the Senate, that will go toward this goal.

This story has been updated with additional information.

Fri Dec 17 , 2021
This week on Dezeen, we announced that RIBA has awarded its Royal Gold Medal for 2022 to Indian architect Balkrishna Doshi in recognition of his 70-year career. Doshi, who was also the first Indian architect to win the Pritzker Architecture Prize, was commended for his work with local technologies and […] 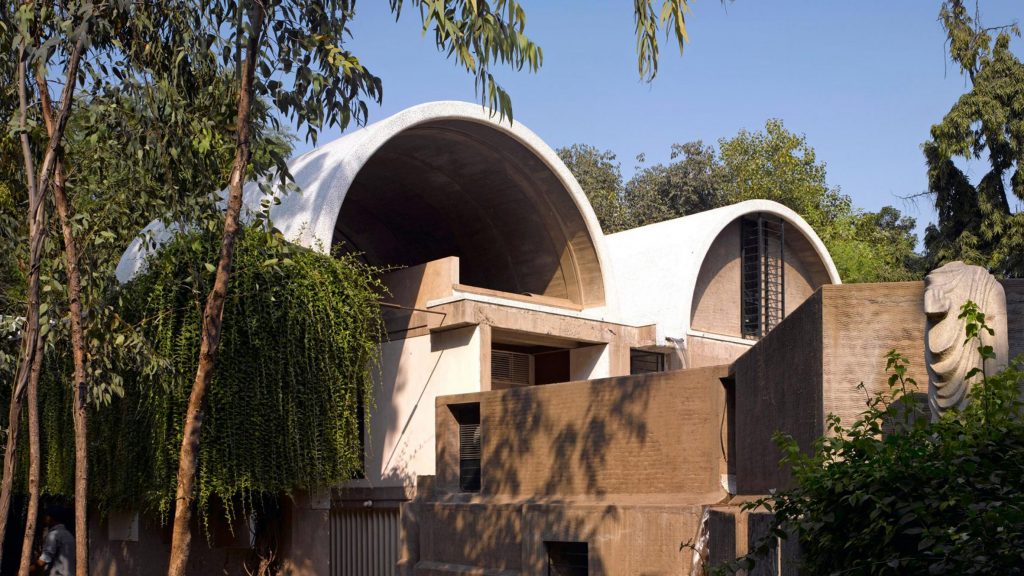