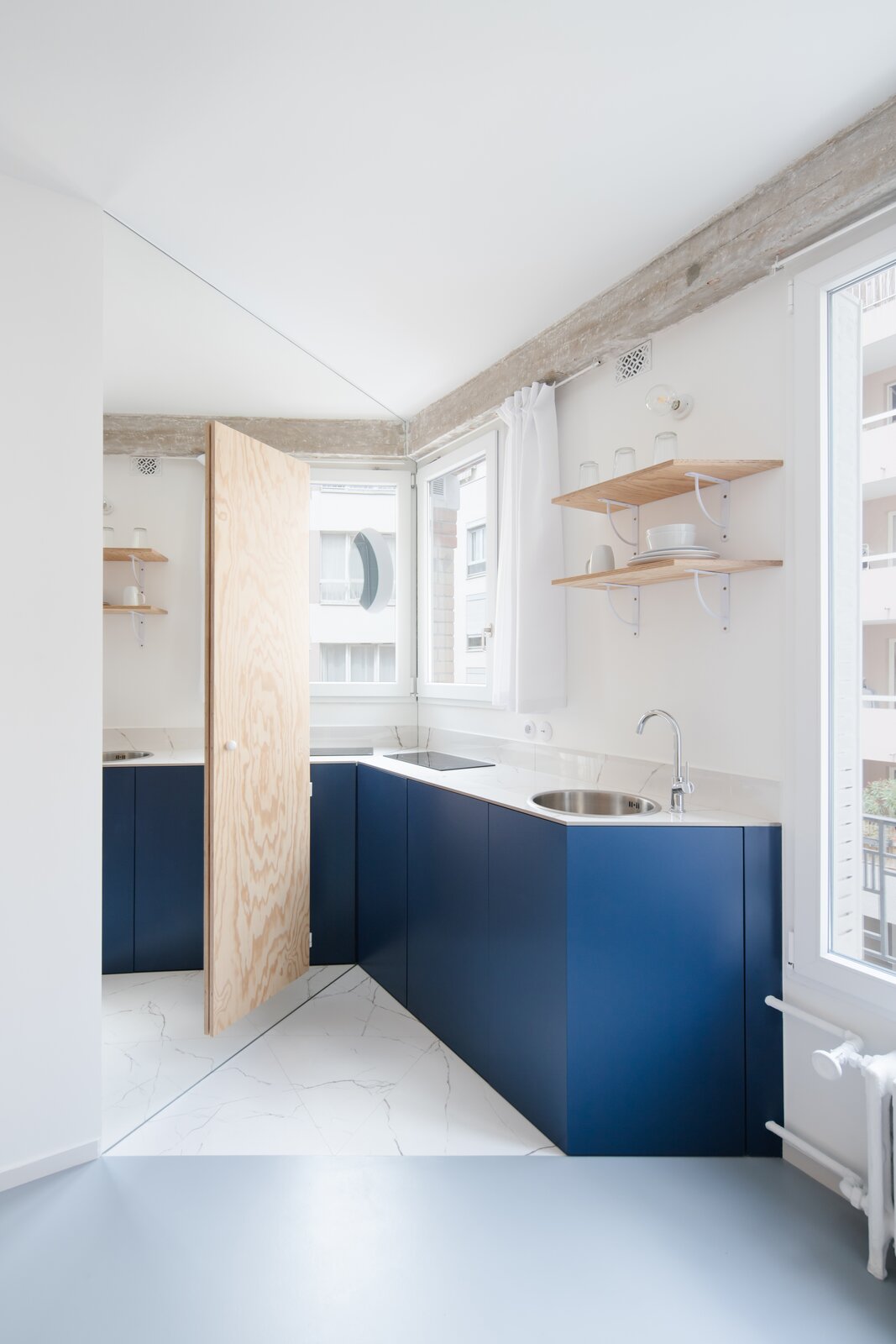 Sometimes, good things really do come in small packages—just consider the 137-square-foot Parisian apartment that architects Sabine Fremiot and Léo Berastegui, of Miogui Architecture, designed for a couple in their fifties. “We met this couple while completing another project in the building,” Fremiot says. “They bought the apartment as an investment, and then approached us after seeing our work.”

The compact unit—one of several in a 1930s building that was once a hotel—looks down on the streets of Paris’s 20th arrondissement. “The price per square meter isn’t too high in this area,” Fremiot says.

For however scenic the neighborhood is, the dwelling itself left much to be desired. “The existing apartment was banal,” Berastegui says. “The bathroom and the wardrobe were too big for the space, the kitchen was little, and there wasn’t much light.”

The architects’ first order of business was to harness more sunlight for the apartment. They knocked down the bathroom walls and recreated the living/sleeping area, enlarging the space to encompass the window that previously belonged to the bathroom. “It was important to give the maximum amount of space and light to the main room,” Berastegui says.

A mirrored wall in the open-plan living/sleeping area reflects sunlight and gives the room a feeling of spaciousness. “The wall is one big mirror without joints that gives the impression of another room,” Berastegui says. “Visitors sometimes walk in and hit the mirror, thinking they can go further. It’s interesting how this element disappears in a way and blurs limits.”

The architects coated the existing concrete slab flooring in the living/sleeping area with a gray epoxy stain. “The smooth surface of the floor contrasts with the rough concrete structural elements of the apartment, which we exposed” Fremiot says. “We were very happy to reveal a part of the building’s history.”

Large, built-in pinewood cabinetry contains storage, a Murphy bed, and an electric meter. “We liked the expression of veins in the pinewood,” Fremiot says. “It acts like ornamentation, like a natural painting.” The owners arranged a sofa and a coffee table near the cabinetry unit so that during the day the room looks and functions like a living room. When the bed is pulled out at night, the space becomes a bedroom.

For the bathroom and kitchen, the architects devised two triangular volumes that fit together to form an askew square. The open kitchen—with bright blue cabinetry and a sunny window above the sink—looks and feels larger than it is, thanks to another mirrored wall that sections off the bathroom.

The architects punctuated this mirrored wall with a pinewood door and an oculus that brings in sunlight from the kitchen. “The door is surrounded by a mirror, so it looks like it’s floating,” Berastegui says.

The architects finished the interior of the bathroom with light blue tile that gives the room an ethereal effect. A marble counter and shelf contrast with the blue tile while echoing the marble flooring and counter in the kitchen. “We took great care in working with the builders to create the details for the angles, the corners, and the intersection of materials,” Berastegui says. “Everything had to join perfectly.”

According to the architects, materiality has a big impact when it comes to limited square footage. “In small spaces like this, the kitchen, the living room, and the bedroom are the same room—but different materials can create well-defined areas and make them feel larger than they are,” Berastegui says. 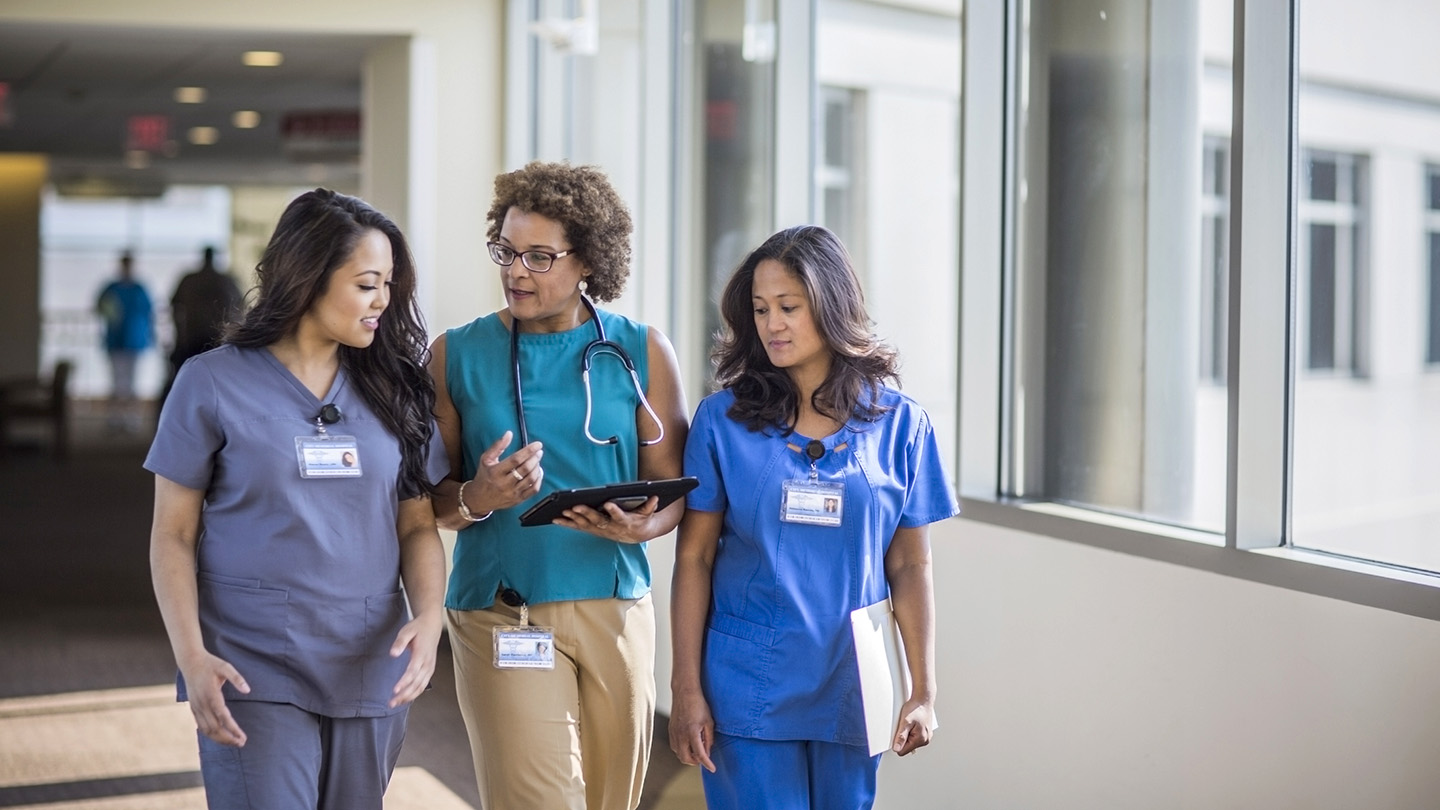