ROCHESTER — Funding assistance from the New Hampshire Housing Authority will allow redevelopment of a Victorian home that was most recently used until 2019 as an assisted living facility.

The renovated Gafney Home, located at 90 Wakefield St, and owned by Community Action Partnership of Strafford County, is set to become affordable independent living units for seniors in a $4.2 million project that has been a couple years in the making.

According to the NH Housing documents, There will be 21 units in two existing buildings: the Victorian mansion (1897) and an attached annex (1960), along with detached carriage house. The buildings will be rehabilitated to include 10 studio units, nine one-bedroom units, and two, two-bedroom units.

“Community Action Partnership of Strafford County was able to acquire the Gafney Home building after the Gafney Home board closed its assisted living facility and relocated the residents,” said Julian L. Long, community development coordinator/grants manager for the city of Rochester. “The building will be renovated to create self-sufficient apartment units for elderly residents who are lower income.”

Long said the project is a partnership with Community Action Partnership of Strafford County and the Strafford Regional Planning Commission.

“The goal is to begin early in 2022, depending on finalizing the different funding sources,” he said. “It is a multi-million-dollar project.”

‘All Together Now!’:Spaulding High School student theater is back as part of global event

“We hope to start in the spring and expect the project to take 18 to 24 months,” she said. “We will rely a lot on the tax credits. I think the (Community Development Block Grant) is for about $500,000.”

Andrews Parker said the Gafney Home board reached a critical point where needed renovations forced them to consider closing the home and relocating residents. The property was transferred to Community Action Partnership of Strafford County in 2019.

“There was just too much work needed to be done,” she said. “They were not handicapped accessible. They were going to have to put in an elevator and do numerous other needed renovations. In the end they turned the building and assets over to us on the condition we keep it as some form of senior housing. Once we were awarded tax credits, the concept we wanted became a reality. We are very excited to be bringing in much needed affordable housing for our senior residents.”

The funding for the Gafney House project was approved by the New Hampshire Housing Board of Directors at its October meeting.

The funding sources include low income housing tax credits and other federal and state funding geared toward affordable housing in the state.

At This Renowned English Garden, Getting Your Hands Dirty Is the Point

Tue Nov 16 , 2021
The woodworkers gather in a thatched 15th-century barn and wield hand tools to produce ladders, garden benches and hurdles, which are barriers strewn around the garden to keep out badgers and other pests. Great Dixter has its own nursery, meadows, woodland and farmland, and composts its waste in towering stacks, […] 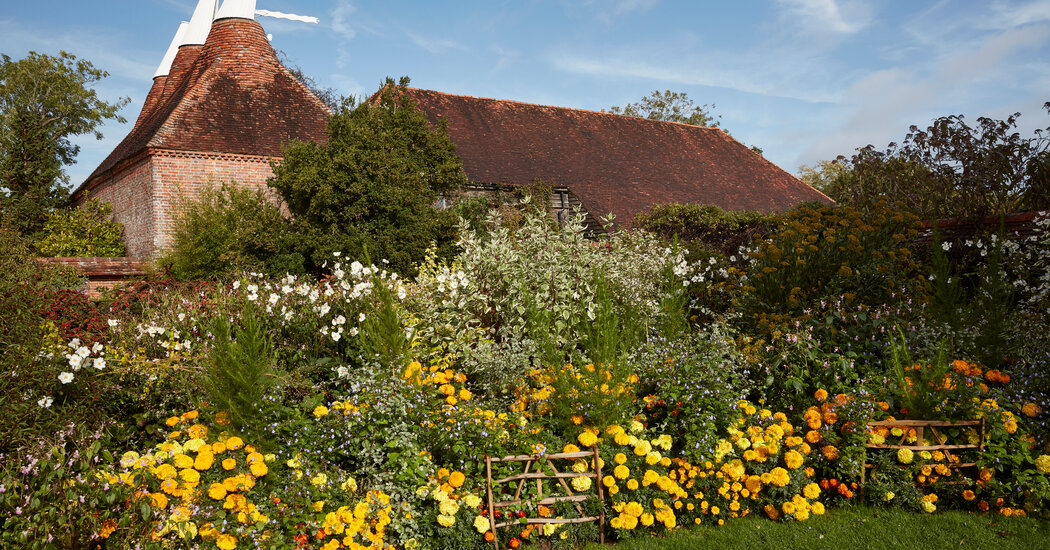