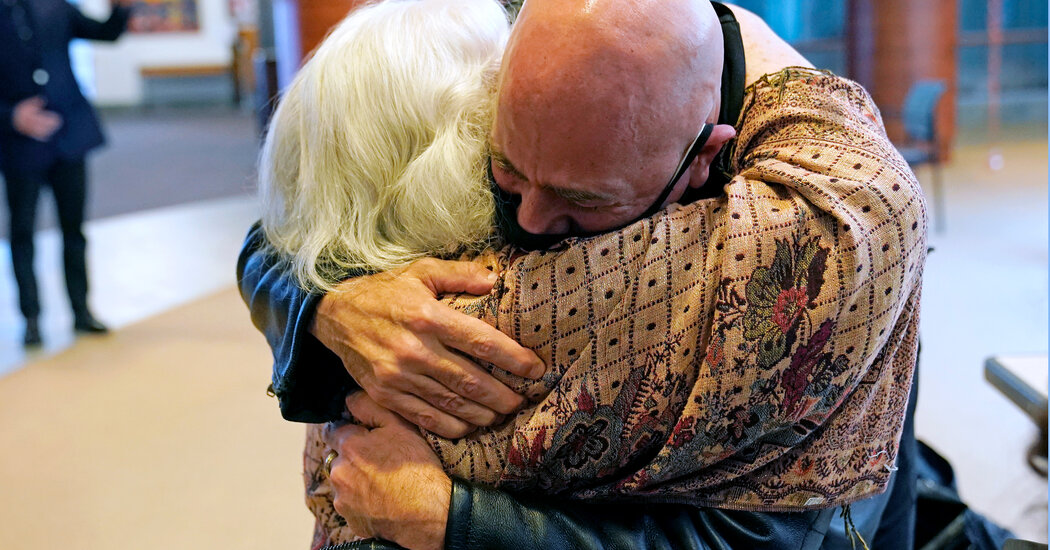 For nearly 20 months, the roughly 1.3 million Americans living in nursing homes and their families grappled with strict visitation policies that, while designed to keep vulnerable residents safe from the coronavirus, caused distress for separated loved ones and had serious health consequences for many suddenly isolated seniors.

Initially, visitors were barred entirely. Later, facilities enforced a variety of rules: Some prohibited visitors from residents’ rooms, allowed visitors only outdoors and during brief scheduled windows, or permitted only one at a time.

Many of these restrictions were based on rules, known as “guidance,” mandated by the Centers for Medicare and Medicaid Services, the federal agency that closed facilities to visitors in March 2020. It has issued several revisions since.

Now all that has changed. On Nov. 12, the federal agency removed virtually all such restrictions and advised the country’s nursing homes to allow visitation “for all residents at all times.” The agency noted that 86 percent of U.S. nursing home residents and 74 percent of employees were fully vaccinated, and that Covid-19 cases had fallen drastically.

The update means no more limits on the frequency, time, duration, location or number of visitors. Access to residents’ rooms, unless a roommate is unvaccinated or immunocompromised, is allowed, and advance scheduling is not required.

The federal policy still encouraged vaccination and emphasized infection control measures, including masks and distancing policies established by the Centers for Disease Control and Prevention.

“It makes an important statement,” said Lori Smetanka, the executive director of the National Consumer Voice for Quality Long-Term Care, an advocacy group that had pushed for such change. Previously, “facilities were given a lot of discretion,” she said. “Whereas this is pretty clear: It puts rights back in residents’ hands.”

While facilities can ask visitors about their vaccination status and encourage testing, they can’t require either vaccination or tests for entrance. Even during a Covid outbreak, under the new guidance nursing homes must allow visitors inside, albeit with masks. Visitors who decline to disclose whether they are vaccinated must also wear masks.

The rules cover only nursing homes, which are federally regulated, but they may have a spillover effect. “I think many states will apply this to other settings, like assisted living,” Ms. Smetanka said. California, for instance, has already responded by loosening some assisted living rules.

In nursing homes, with their frail and disabled residents, “there can be precautions, but cutting off residents from their families was unethical and it was bad care,” said David Grabowski, a health care researcher at Harvard Medical School. “These are not social visits.”

With nursing homes short-staffed well before the pandemic, family visitors frequently helped feed, wash and dress their loved ones. They provided not only reassurance and stimulation, but also the ability to monitor the facility’s safety and quality. A study on which Dr. Grabowski was a co-author, for instance, showed that nursing home residents with dementia received better care at the end of life if a family member visited regularly.

When the pandemic cut off such contact, for more than a year in many cases, families reported disturbing health declines. A study of Connecticut nursing home residents, for instance, found substantial increases in depression and unintended weight loss during the lockdown; incontinence increased and cognition declined.

Trish Huckin spent nearly a year battling administrators at her 96-year-old mother’s nursing home in Pinckney, Mich., before she was allowed inside to make so-called compassionate care visits. Even then, “the restrictions were ridiculous,” she said. The facility allowed her three one-hour visits a week in a public area, only by appointment. If she couldn’t make one of the prearranged times, she could not reschedule.

When the facility finally eased restrictions, Ms. Huckin — with her wife, a hospital nurse — was finally able to see her mother, who has dementia, in her room. They discovered that in addition to losing weight and becoming depressed, her mother had developed a bedsore and early pneumonia.

Claudia Hutchinson has also seen her sister, who resides at a facility outside Philadelphia, grow depressed and lose weight and mobility since her visits were restricted to an hour or less outdoors. “If we’d been allowed inside, she wouldn’t have had this downward spiral,” she said. “She wouldn’t be on hospice care.”

Some doctors and families now worry that the pendulum has swung too far, that fully reopening will leave an already vulnerable population prey to another surge. Covid infections are rising in nursing homes; flu cases are up nationally as well.

The day the new federal guidance was announced, a Connecticut nursing home reported the deaths of eight residents with serious underlying health issues from a late September outbreak.

“To have people tromping in and out during an outbreak, we know that’s not a good idea,” said Dr. Karl Steinberg, a California geriatrician and the president of the Society for Post-Acute and Long-Term Care Medicine, which represents health care workers in long-term care.

As a medical director or attending physician at three nursing homes, he saw the pandemic’s early toll: “It was a blood bath.” He wished the latest federal guidance had left administrators more flexibility. Medicare might also have waited until after the holidays, he noted, and until booster shots were more widely distributed.

Despite the removal of federal restrictions, some administrators think state and local health regulations may supersede the new federal guidance, potentially blunting its impact.

“The standard rule is that a facility has to follow the most restrictive rule,” said Dr. Noah Marco, the chief medical officer at the large Los Angeles Jewish Home. He is cautiously optimistic that in a few weeks the state and county will loosen their policies, too. But for now, the facility continues to require advance scheduling, limit visit length and permit each resident only one visitor at a time indoors.

Since the new federal policy was announced, “our staff has constantly been on the phone,” Dr. Marco said. “We’ve had family members who’ve heard about this and are saying, ‘Yippee!’ We’ve had to say, ‘We’re so sorry, but not so fast.’”

A representative for the Centers for Medicare and Medicaid Services said that state or local health departments might need to reinstate restrictions “due to severe safety reasons,” but only in “isolated situations.” The representative added, “local governments should generally not seek to add rules and regulations which limit a nursing home resident’s right to receive visitors.”

The new federal policy — bolstered by the Biden administration’s mandate that all nursing home staff members be fully vaccinated by Jan. 4 — is likely to loosen more extreme local and state policies.

Alison Hirschel, the managing attorney at the Michigan Elder Justice Initiative, has been advising a woman whose relative, in her 70s, suffered a brain injury after an accident and entered a nursing home a few months ago.

“She was very distressed,” Ms. Hirschel said of the advisee, who lives out of state. “She had to drive seven hours for a visit, and the visit was limited to 15 minutes — and only on weekdays during business hours.”

Then, a day after the liberalized federal policy was announced, Michigan issued new guidance that allowed visits at all times, with no limits on the length of the visit or the number of visitors. “This really is a complete game changer,” Ms. Hirschel said.

Sun Nov 28 , 2021
Cindy and Chuck Bider loved their home in the middle of The Woodlands, but it didn’t serve their needs as empty nesters. For 29 years, the house gave their two sons plenty of room to play and to have friends over. Now, it’s Cindy and Chuck’s turn to host cocktail […] 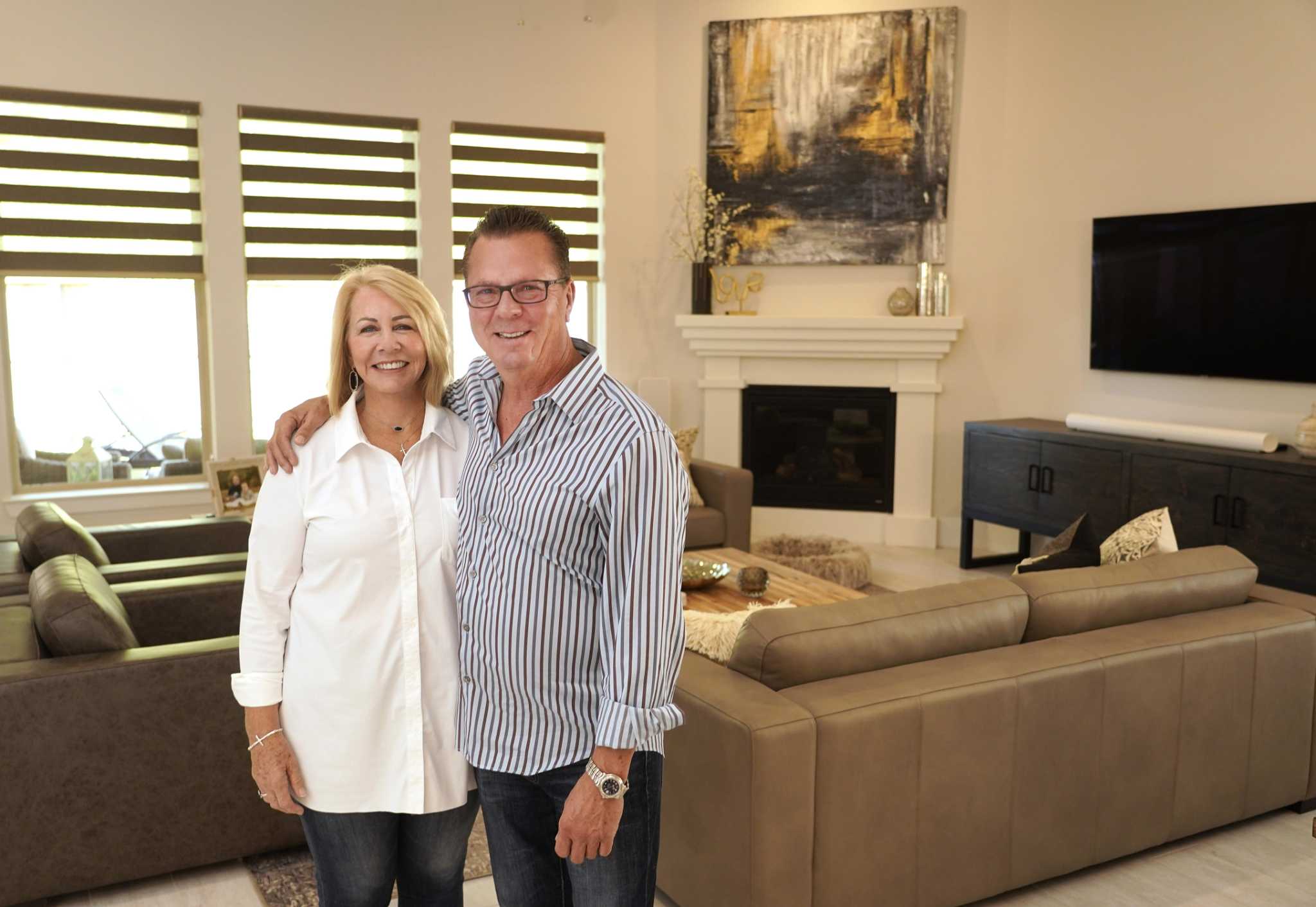