A group of Afghan artists evacuated after the Taliban seized power in their homeland have painted a mural in Albania’s capital to thank their host country, and are urging the world not to forget their brethren back home

TIRANA, Albania — A group of Afghan artists evacuated after the Taliban seized power in their homeland painted a mural in Albania’s capital Thursday to thank their host country, and urged the world not to forget their brethren back home.

The mural was painted by members of Artlords, an Afghan organization of volunteer artists, on a building in central Tirana, where scores of such works have been painted in recent years.

“Thank you, Albania! We shall not forget,” it wrote in Albanian, and “My homeland, tired of persecution,” in Afghanistan’s Pashto.

The work near central Skanderbeg Square showed a map of Albania composed of many sections, in a reference to Afghanistan’s multiethnic character, and an Afghan man working.

“This is one of the ways that we want to raise the voices of our (colleagues) who are taken hostage back home in Afghanistan,” said Omaid Sharifi, co-founder of Artlords.

Most of their works in Afghanistan were destroyed by the Taliban, according to Sharifi, who called on “the people of the world (not to) walk away from what is happening inside our country.”

Sixty-two Artlords members are still in Afghanistan, eager to leave it at any moment, he said.

“We try to mobilize ourselves every day and tell our colleagues (in Afghanistan) to keep on fighting for your rights,” said Yama Farhad, 28, one of the painters, who’s housed at a resort in the northwestern coastal town of Shengjin together with his wife and two-year old son.

Albania has sheltered some 2,400 Afghan evacuees in hotels or tourist resorts. Some 150 of them have already left for other countries. The rest will stay in the small Balkan country for about a year until authorities in the U.S. and elsewhere finish processing their special immigration visas.

The National Endowment for Democracy, a U.S. nonprofit foundation, has organized the evacuation of 288 Afghans to Albania and their temporary residence in the country.

“(It’s) a piece of art from our Afghan friends … to thank the Albanian people, to thank the entire nation of Albania for their hospitality, their generosity,” said Damon Wilson, NED’s head.

For years Tirana City Hall has supported artists to paint murals all over the city. 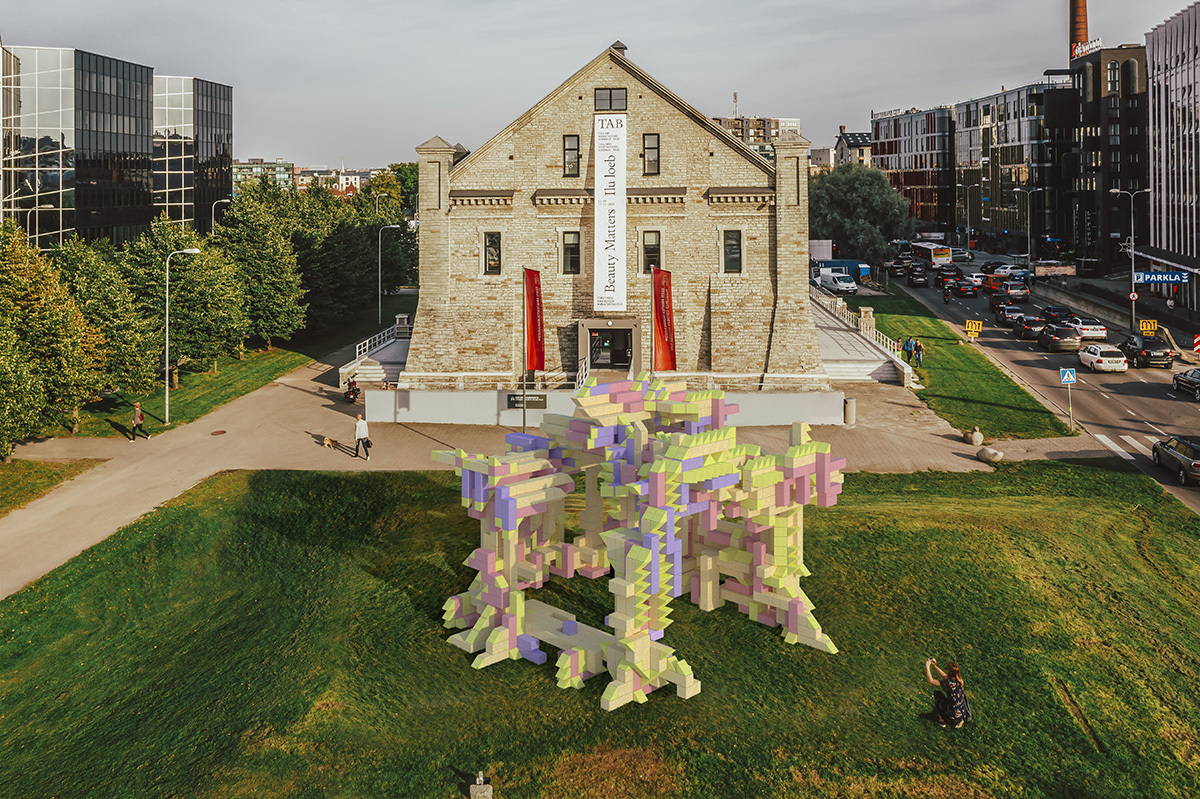