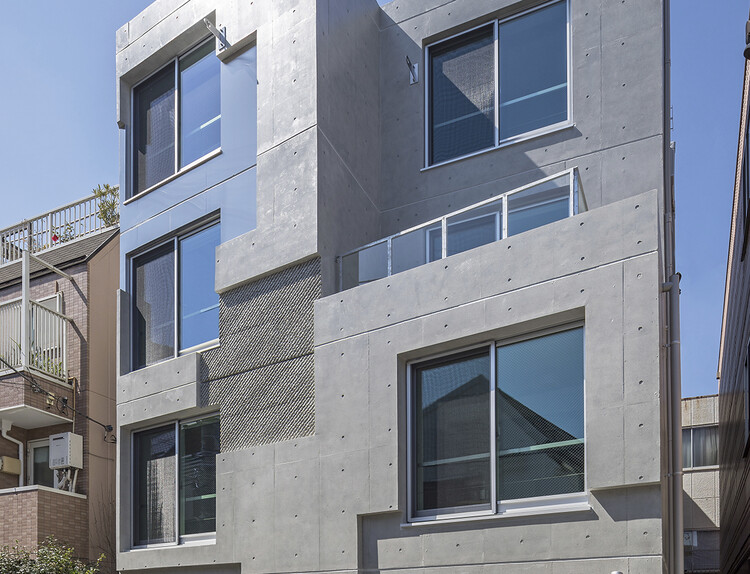 Text description provided by the architects. This project is located on the north side of the Nakano station in Tokyo, Japan. A few minutes’ walk from the station, it may be found in between two streets: one leading to Heiwa-no-Mori Park and the other to the back of the station. The apartment building has been planned to have the main entrance from the backstreet side to provide some privacy. While another entrance, which directly faces the office on the first floor, faces the street which leads to the Heiwa-no-Mori Park.

Overall, the site is elongated and narrow — which is important in terms of its visibility from the street. The two facades facing the streets are designed in a combination of openings in the form of squares with the use of stainless steel and special formwork that has formed unique patterns across the surface. Many of the squares overlap and the special formwork is used across the floors likewise.

The design’s concept has been to reinterpret the subcultural positioning unique to Nakano. This has been accomplished by incorporating the patterns of special metals that have reflective properties with a continuous shifting in their appearances depending on the time of day, weather, and season. Which consequently alter the passersby impression of the building in relation to the city and its surroundings.

The design of the entrance hall on the apartment building site is surrounded by line lighting, visually reminiscent of square shapes. The building consists of four floors above the ground level: office spaces on the west side of the first floor, two units of communal housing on the east side of the first floor, and three residential units on each floor from the second to the fourth floors.

The units range from studio to one-bedroom with living, dining, and kitchen areas (1LDK) apartment types. These are designed with large square openings on the two facade sides to allow for the space to be illuminated by natural light and air filtration. To achieve a simple design with a minimal amount of waste and a high degree of spatial freedom in the structure’s composition — the bedroom and living room of the 1LDK units are divided by a movable sliding wall which gives the option to use the space as a continuous unit. In addition, white and concrete walls have been used to emphasize the contrast of materials. The spatial relationship within the 1LDK between the living room, dining room, and bedroom can be freely changed by each resident individually to their liking.

The design of the structure with the concept of minimalism as its basis, suggests a lifestyle in which each of the residents is the protagonist and in control of their space — an idea enhanced by the materials and the generous spatial and flexible composition.

Sat Jan 8 , 2022
As we start a new year, how about learning a new skill? Air-layering is a propagation technique I like to do with my woody houseplants that will produce fairly large plants quickly. The technique I will discuss today is best used on woody dicots (broadleaf plants, like a rubber tree […] 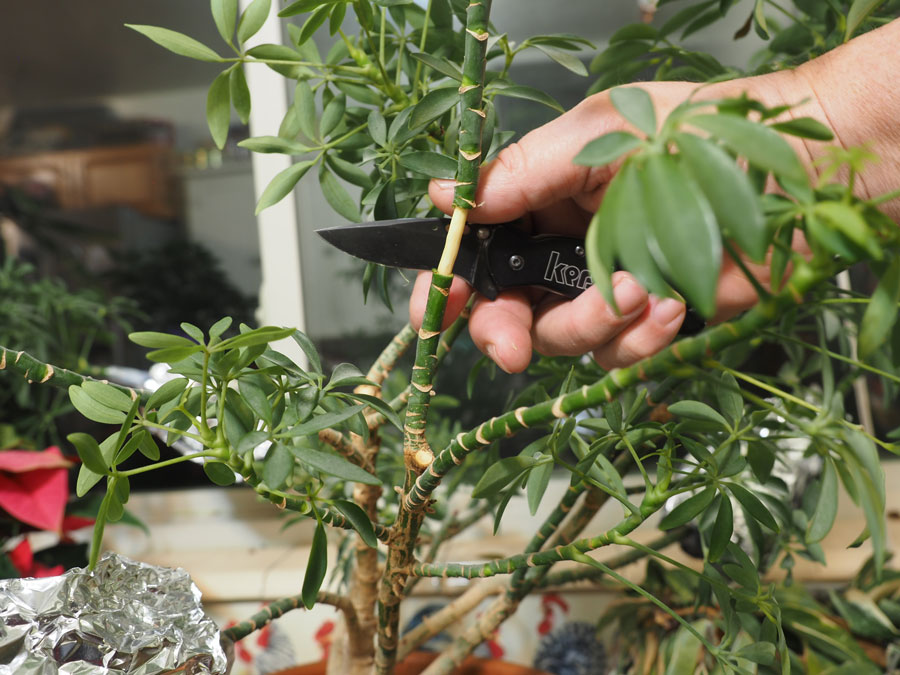