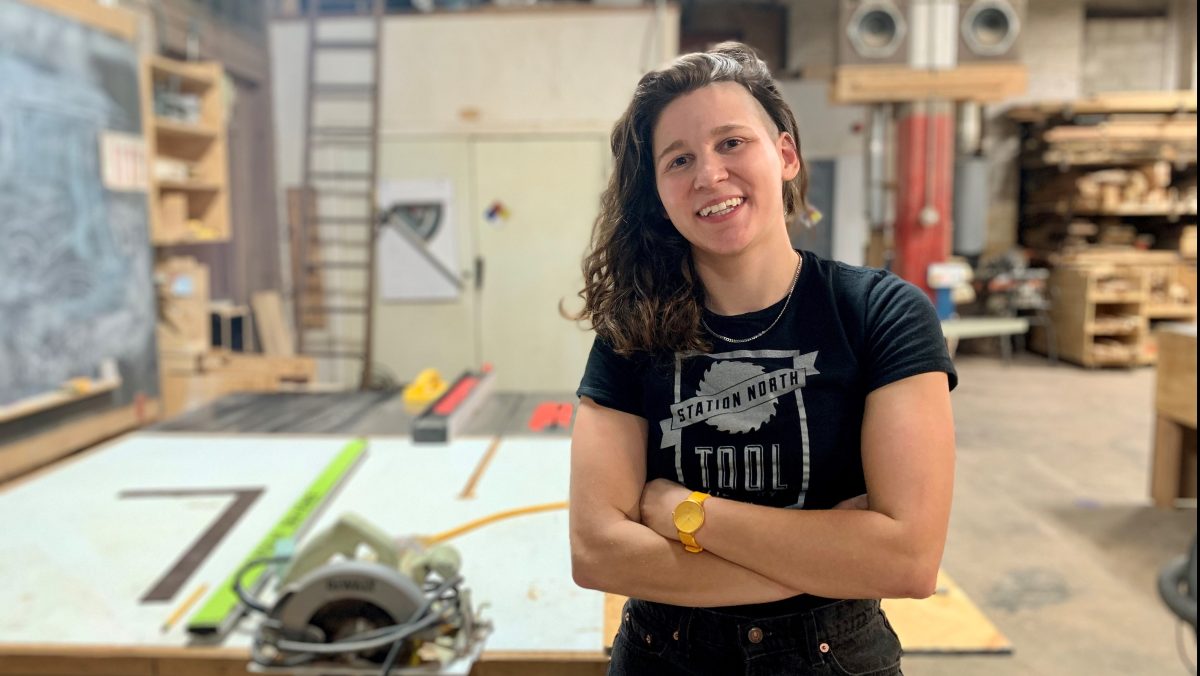 In a workshop at the Station North Tool Library near downtown Baltimore, half a dozen students gathered for a lesson in tools for home renovation — from a basic power drill to a miter saw and a jigsaw.

Several of the students were new homeowners. Jacqueline Wood, 31, is a medical resident who bought a 100-year-old row house in April.

“I’ve done a couple of projects by myself with the help of the internet but wanted a little more guidance on how to do slightly more difficult things so that I don’t have to get a handyman every time I need to do something,” she said.

Nate Hetzler, also 31 and also a new homeowner, had a very specific project in mind. His grandfather died last year and left Hetzler a mirror.

“I’ve just had this mirror just sitting around and haven’t been able to hang it, because I don’t know how to drill into a brick wall between my house and my neighbor’s house,” he said.

The tool library opened in 2013 as a place where people could pay a small membership fee and borrow anything from rakes and garden shears to grinders, sanders and welders. Co-director Jessa Wais said that pretty early on, the founders noticed something.

“People would go to borrow their tools and get extension cords, and then run the cords out into the alley and work on their projects in our alley,” Wais said. “That told us maybe there is a need in the city for affordable space to work on your project, too.”

So they added a couple of workshops and a host of classes, including joinery, knife-making, tiling and plumbing. Wais said the home-repair classes are among the most popular. Everything shut down for a while early in the pandemic, they said, “and since bringing those classes back, almost every single one has filled within a week of posting it.”

It’s well known that do-it-yourself home improvement took off during the pandemic, when lockdowns forced many people to stay home and many of them adapted their spaces for work and school. But what’s surprising is how it’s kept up.

“A lot of us thought that, you know, ‘Gosh, by the time everyone gets vaccines and everyone’s done their DIY projects in 2020, it’s going to come to a crashing halt.’ And we haven’t seen that,” said Grant Farnsworth, who tracks the home improvement industry with the Farnsworth Group, a market research firm.

One reason, he said, may be inflation. “We are seeing price as one of those areas, causing homeowners to do it themselves,” he said. “Those that have not hired, a large chunk of them said either, ‘I couldn’t get ahold of the contractor, or I can do it cheaper myself.’”

The question is how long the DIY boom will last. Before the pandemic, Americans were growing less interested in doing it ourselves. Abbe Will follows home improvement trends at Harvard’s Joint Center for Housing Studies.

There are several reasons for the decline, Will said. One is that homeowners, overall, are older and may be less inclined to swing a sledgehammer or climb a ladder. Rising prices have kept a lot of younger people from becoming homeowners. Our houses are older too and need bigger repairs that require professionals, like new roofs or foundation work.

“I think all of those factors will continue to pull on the DIY share of home improvement spending and potentially revert back to these longer-term trends,” Will said.

But at the tool library in Baltimore, the DIY urge was strong.

Maria Bahn Tigaoan, 68, moved to Baltimore from California in hopes of finally affording her own house.

“When I was in school, girls did home economics,” she said. “We didn’t know anything about power tools. You know, you pay a workman to put up your curtains. It’s like, ‘I could do that myself if I only knew how to use a drill.’”

So that night, she drilled — or tried to. Without a trace of judgment, instructor Dre Cortes noticed Bahn Tigaoan had put a screwdriver bit into the drill.

“So this is only when you have a hole ready,” Cortes said, handing her a skinny drill bit. “In order to create a hole, I want you to practice using this one.”

Bahn Tigaoan switched the bit and started out gingerly. “Should I let it rip?” she asked Cortes.

She let it rip and drilled a perfect hole in a board. She’ll be hanging curtains in no time.

Does the DIY home improvement boom have staying power?

Sat Dec 18 , 2021
There was a time when if you needed 3D renders of a room, house or entire building, you’d need to employ the services of an architect. Nowadays, you can do most of the work yourself, which can be a lot more fun than it sounds, especially if the software does […] 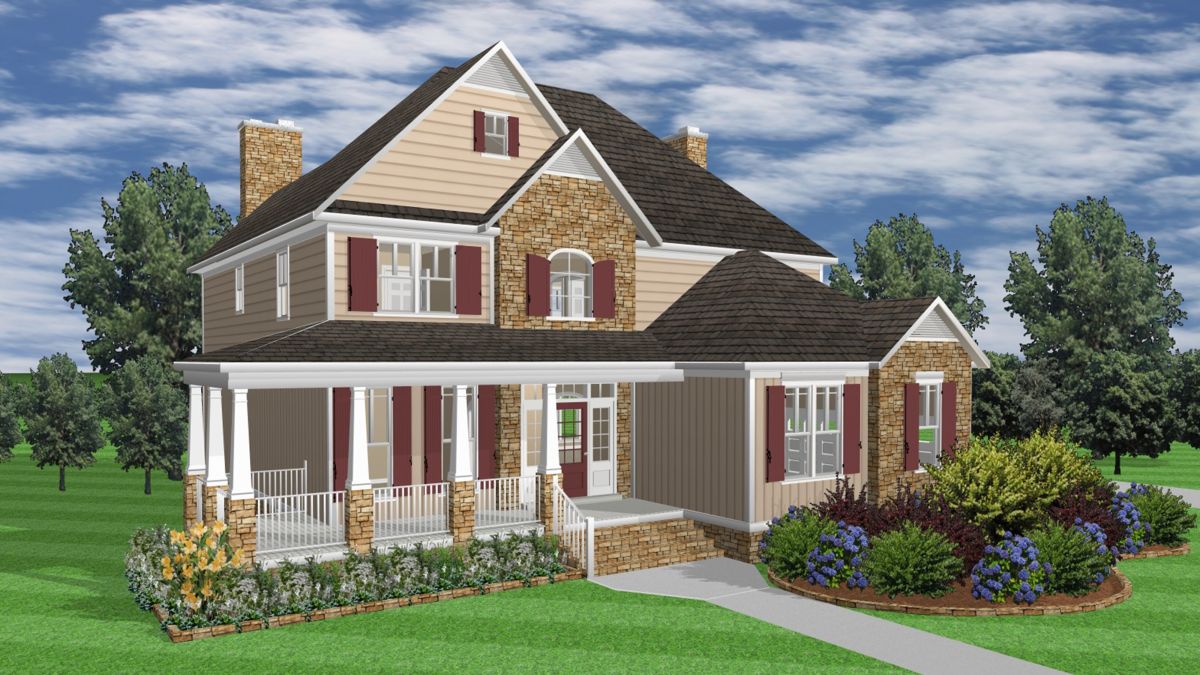