The space—much like its 35-year-old owner, who in 2017 became the first NFL player to be signed by Ford Models—is put together without being pretentious. The decor, with its dark brown wood, sleek shapes, and retro patterns, is of the moment yet not too trendy. It doesn’t look like it’s being lived in by someone who’s trying to be a person they’re not. “I got a lot of my inspiration for the home when I was in Palm Springs,” Amendola explains to AD. “I was at a Bing Crosby house for a Coachella party, and I just loved it. It was a midcentury-modern ranch home, and each room I walked into really gave me, you know, a type of vibe that I hadn’t experienced anywhere else.”

Those vibes are what Amendola was trying to recreate in his own home. “What I wanted to do here was to create depth and weight with the various textures we used. There’s a lot of steel on the walls in the back and heavy tile for some of the living room to add more warmth, to make it feel grounded, defined.” The way Amendola talks about interior design surely doesn’t sound like what one might expect from an NFL superstar. But the two-time Super Bowl champion knows exactly what he’s doing when it comes to outfitting a space.

“The way Danny saw the design of his home is truly a reflection of him as a person,” says Lisa Sherwood, a close friend of the NFL star from his college days who now works in real estate. Sherwood’s career and own expertise made her the perfect person for Amendola to turn to for advice when it came to designing the home. “I helped by giving him assurance here and there, and by bringing in Tray [Toungate] as the architect for the renovation,” Sherwood explains.

“I got the idea for the backyard after visiting Soho House in Miami,” Amendola says of his outdoor space, which includes a swimming pool (not pictured). “I wanted to put a nice sofa on the deck and some daybeds by the pool to make it comfortable—a place to escape a little bit.”

Toungate, Sherwood, and Amendola got to work renovating the home (which was built in 1968) and, within a year, the job was done. “Our main priority was to ensure this home had an identity to it,” Toungate says. “Like, this is Danny’s house. It has to feel like Danny and his vision, right? He was critical in the process, and almost everything you see in the project has Danny’s fingerprints.” 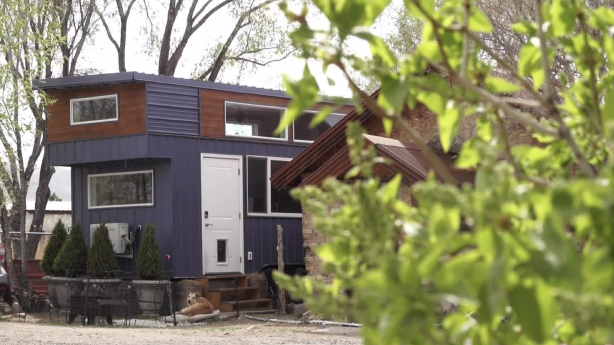