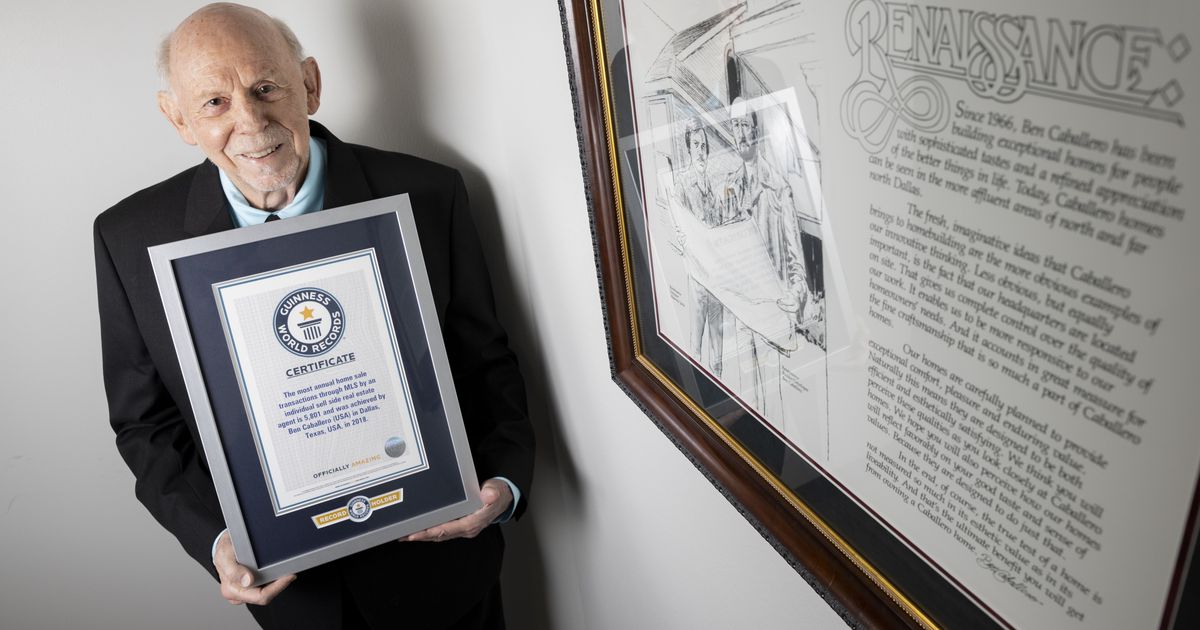 Ben Caballero, founder and CEO of HomesUSA.com, earned the honor for selling the most homes through multiple listing services by an individual seller-side real estate agent in 2020. He sold 6,438 homes in 2020, totaling more than $2.46 billion in value.

During that year, Caballero sold on average more than 120 homes a week, or 17 homes a day. The majority of his sales were in Dallas-Fort Worth.

“I was really shocked that we were able to do that many listings,” Caballero said. “I thought we were going to have an off year, but it was a surprise.”

Instead of working with the typical home seller, Caballero is the listing agent for more than 60 homebuilders statewide wanting to market their homes to buyers’ real estate agents. The listings-management and marketing platform he created and owns automatically acquires data from builders on homes and puts them up for sale on the multiple listing service. He launched the platform in 2007.

He broke the record even as the pandemic began to challenge builders — his clients — with labor and materials shortages as well as fluctuating lumber costs.

Caballero first became a Guinness World Record holder in 2018 for selling 3,556 homes in 2016, and he did it again in 2019 for his 5,801 sales in 2018. RealTrends ranks Caballero as the top real estate agent in the country by transactions.

While Caballero currently only does sales in Texas, he plans to expand his service to other states after a revamp of his firm’s technology that will allow builders to integrate it directly into their systems and feed in more data.

“As we complete our new platform, we’ll be making a more aggressive push to go to other states,” Caballero said. “Florida is our first target.”

Caballero said it’s hard to predict whether he will win another record this year, considering the uncertainty of how mortgage rates will affect demand on top of supply challenges, inflation and labor shortages.

His sales in 2021 didn’t beat his 2020 high, but they picked up in the middle of March this year and are now at a record pace. Still, he said that could actually be an indication that demand in the market is slipping, if builders have smaller wait lists and need to put more homes on the market rather than selling them directly to customers in line.