It was the runner beans that did it. My neighbour, who is in her 90s, dropped round an envelope filled with a small handful of dried beans, which looked as if they’d been dipped in pink and black paint. A few months later, I was eating the best runner beans I’ve ever tasted, and they kept coming, for weeks and weeks. We gave bunches and bunches away, ate more, learned that you have to de-string them, and then finally, recently, when the plants started to look tired, let them dry out, and saved the seeds for next year’s batch.

I have a restless mind and I have tried everything to quieten it. Running, meditation, yoga. Working hard, hardly working. I have repeatedly listened to the app that’s meant to ground you, only to float off on a cloud of guilt for not being able to concentrate on it for long enough. But gardening works like nothing else has. I can nip into the garden for five minutes and find that three hours have passed. I don’t look at my phone. I tend not to worry or fret. And I can eat (most of) the spoils.

For most of my adult life, I lived in rented flats in London, never in one place long enough to be certain of seeing a seasonal cycle through. Outdoor space was a rarity and a luxury. During the first lockdown, in another flat with no garden, I went for it anyway. A few herbs on every window ledge, mostly the easy ones, parsley and mint, but a few tomato plants, too, grown from seed, surprisingly hardy on the roof of a bay window belonging to the flat below.

Then I and my partner fled the city, moved to a town and a small house with a garden at the back and front, loved at one time, but largely left to their own devices in recent years. It had become a foliage battle royale, and the winner turned out to be ivy, which was everywhere. It needed some work. It was a big job. And then one day, we got stuck in. What a simple pleasure, to have a reason to be outside whenever it was light and dry, to get mucky from digging and tired from lifting, to watch as a bed we had toiled hard to clear revealed itself over time, with nature’s underrated sense of humour, to be harbouring snowdrops and daffodils and tulips, buried far deeper than the fork had gone.

To find garlic under shrubs, remnants of forgotten veg patches, to see peonies, roses, crocosmia, Mexican orange blossom, all insistent they would be making an appearance, thank you very much, despite being untended by human hands for years. Every one of them was a small marvel, a lesson in resilience.

People say that bakers are sharers by nature. I think gardeners are the same. The neighbour who gave us runner beans also gave us spectral pale green nicotianas, spider plant babies that have since given birth to their own, a pepper plant that is now indoors and has just given up a late ripened red pepper. Another neighbour dropped off cucumbers that had done far better than my own. As we attempted to wrangle the semi-rewilded front garden into some sort of shape, someone brought out a wheelbarrow, in case we needed it, while someone else offered the use of the skip he’d hired for his own garden clearout. Ah, I thought. This is what community feels like.

You’re supposed to leave a garden for a year, I read, to see what’s there, but I couldn’t wait that long. I got some pretty flowers going from seed – some neon-pink sweetpeas, cosmos that look like fireworks (not individually known as a single “cosmo”, as I discovered when I tried to show off about them) – but it was the fruit and veg, mostly veg, that were the biggest revelations. In a miserable year, being able to go into the garden and pick dinner was miraculous. On the night I made garden ratatouille, every ingredient grown by us, the onion, garlic, pepper, tomatoes, courgettes, herbs, I felt a satisfaction that cheers me up when I think about it today, even though most of those plants have long since gone on to the compost heap.

I nip into the garden and find three hours have passed. I don’t look at my phone. I don’t worry. And I eat the spoils.

As a hobby, gardening is not cheap (to start with, though the amount of recycling and reusing that goes on makes it easier as you go), and it’s not quick, but it is calming, and it is soothing, and it is useful. Being able to give people lettuce from the garden when the supermarket shelves were running short felt good. It was my own tiny taste of being a doomsday prepper, and though I’m not sure how much call there will be for salad at the end of the world, it’s nice to know that I could still have some Drunken Woman lettuce if I wanted it.

It is becoming all-consuming. It’s getting out of hand. I went to the Chelsea flower show this year, for the first time, and came back with a bagful of bulbs and seeds, largely chosen for what they were called and whether they looked funny. I am working my way through the RHS level 2 qualification in horticulture, studying soil improvement and trying to remember how photosynthesis works. But I am not a good gardener yet, or a knowledgeable one. I am a beginner, basic, learning as I go by rolling up my sleeves.

In most situations, in the other parts of my life, I can be uptight. I hate it. But if I’m not sure what to do in the garden, I’ll phone my mum. Her advice is often to just stick it in the ground and see. What’s the worst that could happen? It doesn’t work, you learn something, you try again. That approach has its uses far beyond the flowerbed.

How to do it

The Royal Horticultural Society has a database of local gardening groups and It’s Your Neighbourhood groups, while the BBC has an excellent resource for people looking to set up a community garden. Also check out Social Farms & Gardens, a charity which provides advice, funding and training for community gardeners. The National Allotment Society has helpful tips on finding an allotment. Garden Organic’s Heritage Seed Library and Seed Sovereignty are good places to find unusual seeds to sow once you have your space. If you want to visit a garden without the faff of digging it, look at the National Open Garden Scheme – it details remarkable private gardens to visit across the UK and raises funds for health charities. To gen up, try Christopher Lloyd’s 1997 The Well-Tempered Garden,is a classic that’s stood the test of time for new gardeners. If you have vision but no space, try Alice Vincent’s book Rootbound to hear how the author got into urban gardening. Thoughtful Gardening by Robin Lane Fox offers practical advice while adding meditative and illuminating anecdotes from art and literature. Poppy Okotcha’s The Earth Food Handbook and website are fascinating accounts of the horticulturalist’s work creating an edible and medicinal forest garden in Devon.

The Work in My Building Is Endless and Invasive. Can I Withhold Rent?

Wed Jan 5 , 2022
Q: We live in a penthouse apartment with a wraparound roof terrace in a large high-rise in Greenpoint, Brooklyn. Two weeks ago, a maintenance crew arrived unannounced to erect an enormous gantry on the terrace in order to access windows below that need repairs. We were told the work would […] 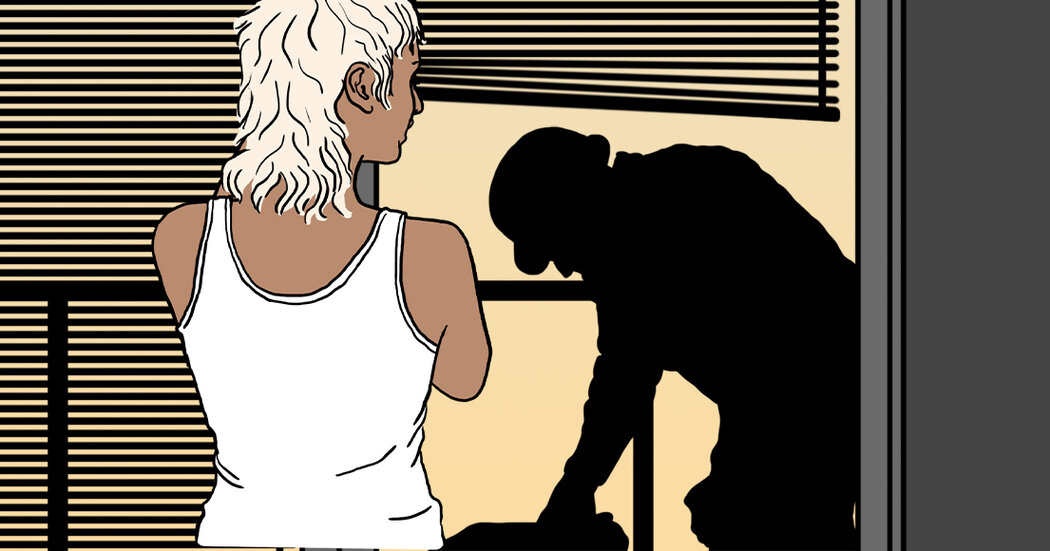