This expansion, Corcoran Reverie’s third since affiliating with Corcoran in April 2020, is a strategic step in the firm’s growth plan and broadens its market reach from Northwest Florida to several vibrant Nashville neighborhoods in Davidson, Williamson, Wilson, and Rutherford counties. This growth brings Corcoran Reverie’s agent population to more than 200 affiliated real estate professionals, increasing their agent count by 25% since joining the Corcoran brand.

“Our affiliates’ accomplishments are some of our biggest pride points, and today’s announcements from Corcoran Reverie are no exception,” said Liebman. “I am continuously impressed and energized by Hilary, Jacob, and the team’s dedication to growth, and their pursuit of opportunities as unique as this new partnership with the Titans. I have no doubt that both of these exciting advancements will open doors for our entire network as we continue to grow together.”

Corcoran Reverie’s exclusive partnership with the Tennessee Titans is perfectly timed with its arrival in Nashville. In addition to working with the Titans network on varying housing needs, Corcoran Reverie will be the title sponsor of the annual Titans 5K race, raising funds for the event which will exclusively support the Titans Foundation. Further, Corcoran Reverie will have a substantial presence at Nissan Stadium, and will also be the title sponsor for community tailgates hosted by the Titans at home games throughout the season – benefitting Nashville-area families in need.

“Nashville and 30A have had an affinity for one another for years, so the ability to bring together our shared company culture with Janet under the wealth of the Corcoran brand is a direct reflection of the power of connectivity that is so vital to our industry,” said Farnum-Fasth. “While entirely separate ventures, to be able to share both this news and the fact that we have partnered with the Tennessee Titans makes this an extremely special day for our entire Corcoran Reverie team – both are endeavours that will benefit our affiliated agents, clients, and overall business for years to come,” added Watkins.

Founded in 2004, the firm formerly known as Worth Properties LLC, led by Janet Jones, has a strong reputation in the Nashville area. The firm was also recognized as a “Best Place to Work” by the Owen Business School at Vanderbilt University and the Nashville Business Journal in its first year of operation, and for many years since. The team prides itself on high standards for client service, a family atmosphere in a professional setting, and unsurpassed support staff – all of which have helped build its reputation over nearly 20 years in the area nicknamed ‘Music City’.

“I am thrilled to be moving Worth Properties to the next level of real estate services,” said Jones. “We now have access to invaluable tools and technology, and are able to further expand our client services with access to our Corcoran network colleagues in New York, California, Florida, and beyond. I am very much looking forward to what the future holds as we forge ahead with Corcoran Reverie.”

“We couldn’t be more excited to have Corcoran Reverie as our official real estate brokerage for the Titans,” said Gil Beverly, Senior Vice President and Chief Marketing & Revenue Officer of the Tennessee Titans. “Their dedication to client service and reputation as a well-respected operation is exactly what we want to bring to our team and network. I have no doubt that we’ll have a great experience with Hilary, Jacob, and their agents as they guide many of us with our real estate needs – particularly as they establish themselves in greater Nashville.”

About The Corcoran Group
The Corcoran Group has been a leading residential real estate brand for nearly 50 years. Through its New York City, Hamptons, and South Florida brokerages, along with its rapidly growing affiliate network, the firm is home to more than 160 offices and more than 5,700 independent salespersons in key urban, suburban, and resort markets nationwide. Corcoran agents earn and keep their clients’ trust with an unwavering commitment to white-glove service, expertise, and integrity. In every market served, Corcoran helps you find the home that’s just right for you. The Corcoran® brand comprises both offices owned by a subsidiary of Realogy Brokerage Group LLC and franchised offices, which are independently owned and operated. For more information about The Corcoran Group, please visit www.corcoran.com.

Sat May 21 , 2022
Steve Coyle adores his Danish midcentury modern dining set, designed by Niels Koefoed in the mid-’60s. He bought the set about five years ago for $500 from a friend’s mother who was downsizing. It’s valued at $12,000, he said. “It was a table and old-fashioned chairs, which were particularly cool […] 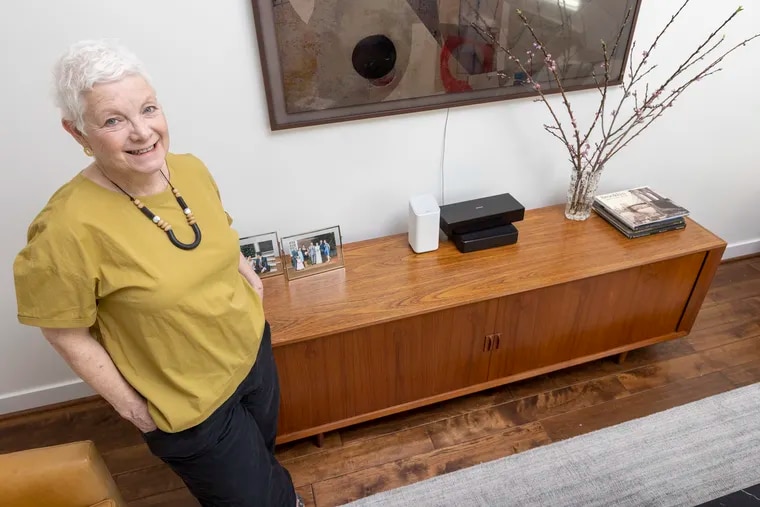