Buffeted by charges of sexism and racism over the last two years, the Smithsonian Institution on Tuesday announced the appointment of Maria Nicanor, a specialist in architecture and design, as the next director of the Cooper Hewitt, Smithsonian Design Museum in Manhattan. She starts March 21.

Nicanor, 41, has been executive director of the Rice Design Alliance at Rice University’s School of Architecture in Houston since 2017 and she spent several years in various roles at the Guggenheim Museum in New York.

“She has a deep understanding of collections and museums and strong scholarship,” said the Smithsonian secretary, Lonnie G. Bunch III, in a telephone interview. “She talked a lot about design as an equalizer that shapes lives.”

Nicanor steps into a position held by Caroline Baumann, who in 2020 was abruptly forced to resign amid allegations of impropriety, which prompted seven trustees to quit in protest, one of whom cut the museum out of her will. Baumann accused the Smithsonian of sexism. Later that year, former employees and board members of the Smithsonian’s National Museum of African Art complained that it “has recruited, retained and promoted a predominantly White staff.”

The dismissal of Ms. Baumann was seen by some in the museum world as part of a troubling pattern of removing strong female cultural leaders, namely Olga Viso, who in 2017 left her post amid controversy as executive director of the Walker Art Center in Minneapolis; Laura Raicovich, who in 2018 was forced to step down as executive director of the Queens Museum; and Helen Molesworth, who in 2018 was pushed out as chief curator of the Museum of Contemporary Art in Los Angeles.

Nicanor, in a telephone interview, sounded clear-eyed about the trials of the current moment. “The last couple of years have brought a lot of turbulence to the cultural sector and museums in particular,” she said. “We just have to realize that museums are not neutral spaces.

“We have to bring more context,” Nicanor continued. “Even though it’s a very difficult time to do that, I think I have to do it and it’s an important thing to do.”

Bunch said he has made issues of diversity, equity and inclusion central to the Smithsonian across its 19 museums and galleries. (Nicanor is the second Hispanic person in a week to be named by the Smithsonian as a museum director; Jorge Zamanillo, the chief executive of a community-based Miami history museum, was just appointed founding director of the new National Museum of the American Latino.)

Bunch said that this priority would be integral to Nicanor’s mandate, as well. “We want to make sure the Cooper Hewitt reaches an inclusive audience that is not just local but also global,” he said.

He added that he was especially encouraged by Nicanor’s history at the Guggenheim, where between 2003 and 2013 she held several positions, including associate curator of architecture and urbanism and co-curator of the BMW Guggenheim Lab, a traveling think tank.

“You want someone who understands culture in New York,” Bunch said.

While Nicanor was born in Barcelona and raised and educated in Madrid — her bachelor’s degree is in art and architectural history and theory from the Autónoma University — she earned her master’s degree in museum and curatorial studies at New York University. “New York has been my home for many years.”

With creative parents — her father is a filmmaker and her mother is an intellectual property lawyer in the arts — Nicanor said she has always been fascinated by “how things are made, how design affects the interaction you have with the world around you.”

In thinking about the role of the Cooper Hewitt, Nicanor said she wants to advance the museum’s digital component and to connect with national design policy, “what it means to talk about design in the larger context.”

“That means not just exhibiting beautiful cups of tea,” she added, “but also explaining the infrastructure bill.”

In recent years, the Cooper Hewitt has also covered a broad range of timely subjects, including the ways design and technology have transformed the lives of people with different physical, cognitive and sensory abilities; how designers have forged connections with nature, and, most recently, design responses to global pandemics.

The museum’s Fifth Avenue mansion has long been a challenging space in which to show contemporary design and to project a future forward sensibility (the museum aimed to counter its fusty image with a renovation in 2014). But while “it’s certainly not your traditional white cube,” Nicanor said, the building also offers opportunities.

“Design tells the story of tradition and innovation and that building does both,” she said. “It’s going to make me have to work harder at bringing people in, to make them realize it’s not just the building, it’s the ideas that are inside.”

Before Houston, Nicanor served as inaugural director of the Norman Foster Foundation in Madrid and was a curator at the Victoria and Albert Museum in London in the design, architecture and digital department.

Despite her previous leadership roles, Nicanor will be operating on a more high-profile stage at the Cooper Hewitt, which has ​​86 employees, an annual budget of more than $15 million and a collection of about 215,000 objects.

She will also have responsibility for the museum’s programming, in addition to overseeing the annual National Design Awards and the Cooper Hewitt’s 125th anniversary celebrations.

“It’s a bigger ship to move and bigger ships turn more slowly,” Nicanor said. “But there are also a lot of advantages to being part of that network.”

She will also have the burden of fundraising, given that the Cooper Hewitt receives far less taxpayer support, as a percentage of its budget, than do the Smithsonian’s other organizations.

But Nicanor said she is comfortable cultivating donors. At Rice, she directed fundraising, operations and finance; in 2019, the Smithsonian said, her team achieved the highest fundraising record in the organization’s 50-year history.

Nicanor also has experience with prioritizing equity. The Rice Design Alliance’s publication, “Cite: The Architecture and Design Review of Houston,” has partnered with Beyond the Built Environment, an advocacy group, to aim for more diverse coverage. The Design Alliance also works closely with the Houston chapter of the National Organization of Minority Architects (NOMA), Nicanor said.

As a woman in the hierarchical, male-dominated museum world, Nicanor said she has personal experience with confronting inequity.

“I know firsthand what the issues in museums are in terms of diversity and recognition and visibility,” she said. “That’s something that is super important to me, because I’ve lived that myself.”

Fri Feb 18 , 2022
Redfin surveyed 49 cities to determine the most competitive housing markets in the US. Out-of-town buyers could afford almost 30% more than locals in Nashville and New York, Redfin found. Insider breaks down why skyrocketing housing prices are driving bubble fears. Locals had almost 30% less to spend buying a […] 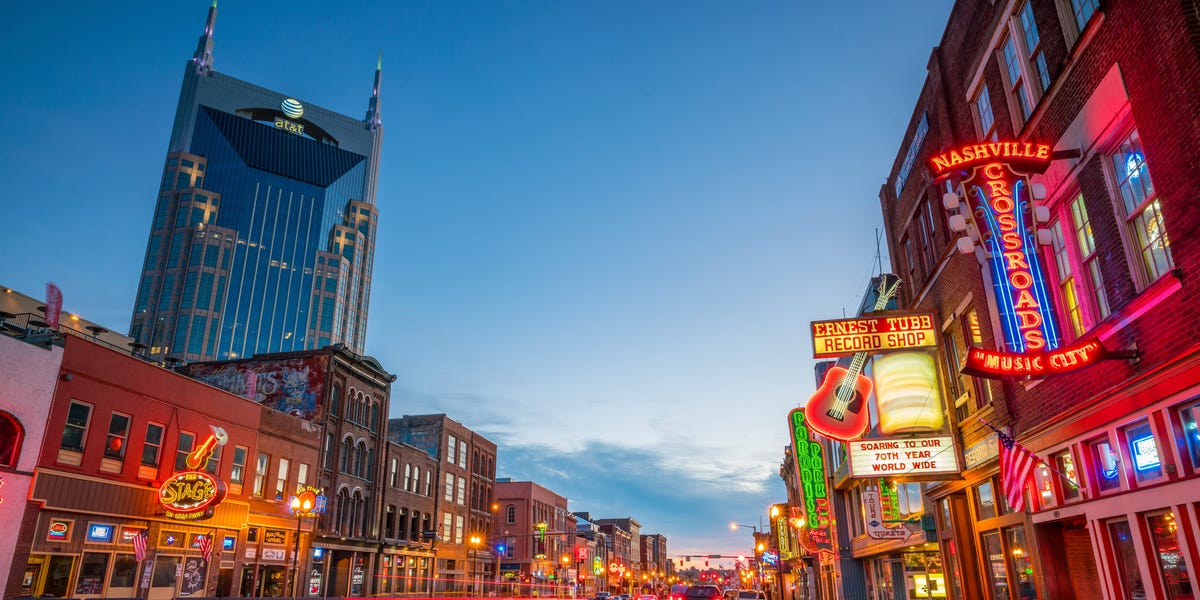