GARCIA, age 41, had pled guilty on November 22, 2021 to one count of conspiracy to commit wire fraud, that is, a scheme and artifice to defraud and to obtain money and property by means of materially false and fraudulent pretenses, representations and promises, in a home repair scheme, as well as two counts of failure to file income tax returns.

“The lengthy sentence in this case reflects the depravity of the scheme,” said U.S. Attorney Hairston. “This prosecution sends a message to would-be fraudsters: fraud, especially fraud that targets the vulnerable elderly, is a top priority of federal law enforcement in this district, and an offense that carries substantial penalties.”

“The victims in this case trusted Jorge Garcia, but unfortunately they were manipulated and deceived. Garcia ripped off hundreds of elderly victims to fill his own pockets. Now he will pay for his crimes serving a federal prison sentence where he can’t swindle anyone else,” said Robert R. Wells, Special Agent in Charge of the Federal Bureau of Investigation in North Carolina.

“Illegal activity involving innocent taxpayers has brought financial ruin to many Americans,” stated Donald “Trey” Eakins, IRS-CI Special Agent in Charge. “IRS Criminal Investigation is committed to using our forensic accounting skills to help unravel complex fraud and money laundering schemes. We are proud to work with our law enforcement partners to investigate and prosecute individuals who attempt to enrich themselves by fraudulent means, and to help put a stop to this and other types of white collar crime.”

According to court documents, from on or about September 2015 to and including April 2020, GARCIA approached elderly, retired individuals at their private residences in Durham, Orange, and Chatham Counties, offering home improvement services using the business names “J&J Home Improvement” and “JH Home Improvements, Inc.” Many of these victims had physical or mental infirmities. GARCIA—who never had a state general contractor’s license—would offer to perform home improvement projects and these elderly individuals would, in turn, pay him prior to the completion of any construction work via personal checks, credit cards, or withdrawals from investment accounts. GARCIA would often direct that these individuals leave the “to” line of the check blank (which would later be completed in the name of his wife), or issue the check directly to his wife, who, in turn, deposited the checks into personal accounts in her name or that of her business, La Cacerola. GARCIA’s wife would then withdraw the money in cash and/or issue a cashier’s check made out to GARCIA. GARCIA and his wife would also take the checks to the elderly individual’s bank or their bank and cash the checks without depositing the funds into their bank accounts.

Filed documents further state GARCIA would develop personal relationships with these elderly individuals, calling them “Momma” and “Poppa,” and encourage them to solicit their neighbors to engage his services in home improvement projects for their residences, as well. GARCIA also solicited loans from some of the elderly individuals for whom he had already contracted to perform home improvement projects, separate and apart from those projects. In at least one instance, he received a check from a victim for such a loan and returned to that victim’s home later that same day to request the loan again. The victim, not remembering that he had written the first check, issued yet another check for the same amount to GARCIA.

However, GARCIA would not complete the contracted home improvement projects, nor would he repay any loans in full. When the contracting individual, a concerned relative of that person, or a local law enforcement officer confronted GARCIA about the payments, GARCIA would respond in the following ways: a) GARCIA would promise to send workers to complete the project but never fully complete the project; b) GARCIA or his wife would return a small percentage of the monies paid for the project; and/or c) GARCIA or his wife would write a personal check to the contracting individual that would be returned by the issuing bank as lacking sufficient funds. On more than one instance, GARCIA urged the victim not to contact the authorities about the unfinished work.

Review of records from bank accounts known to be controlled by GARCIA and/or his wife for the time period spanning May 2014 through November 2019 indicates that, as a result of the above-described scheme to defraud, GARCIA obtained a total exceeding $3 million dollars belonging to multiple victims.

Further, as reflected in the factual basis filed in support of GARCIA’s guilty plea, GARCIA and his wife have filed no federal income taxes since 2007, either personally or for their respective businesses. For the tax years 2014, 2015, 2016, 2017, and 2018, GARCIA and his wife had a joint income exceeding $3 million dollars. In calendar years 2017 and 2018, GARCIA had and received gross income exceeding the amount required to file an income tax return with the Internal Revenue Service; GARCIA knew this and willfully failed to file a return.

7 Paint and Color Trends Emerging in Homes This Year

Tue Feb 1 , 2022
Kerrie Kelly Design Lab To find out the latest paint and color trends for 2022, Fixr.com surveyed 64 design experts about their recommendations on popular interior color palettes, the most popular wallpaper patterns, top colors for each room, and what is recommended for selling. The trends report found an overwhelming […] 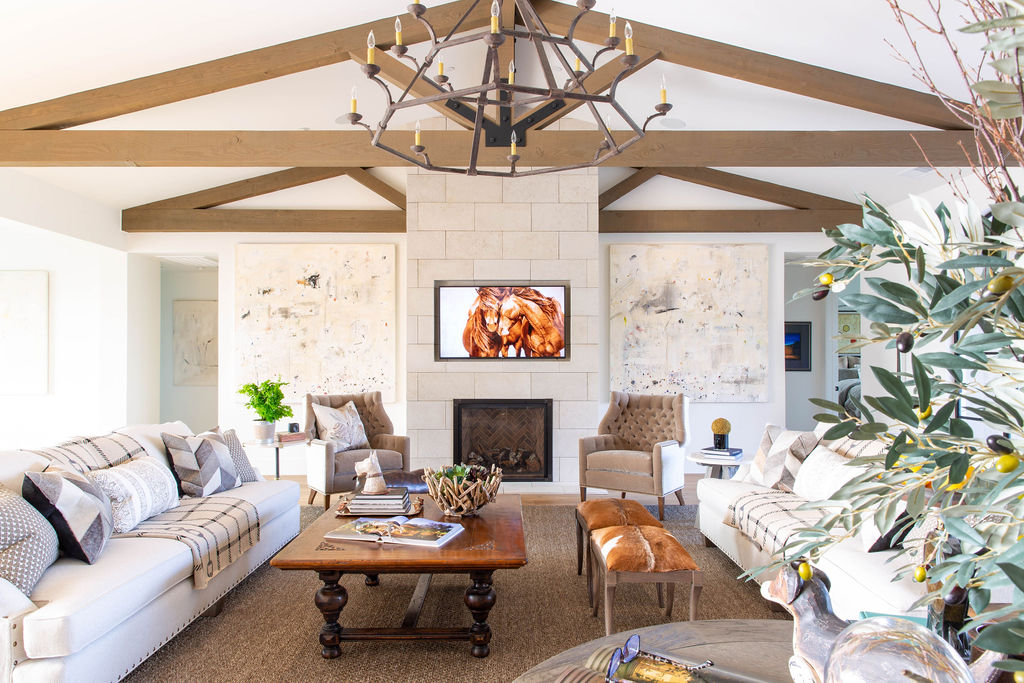